Last week, I posted about the political difficulties with Northfield’s TIGER grant funded project, but the TIGER trail is the only latest and largest project to improve biking and walking. It’s worth celebrating the smaller steps toward a more walkable, bikeable city Northfield has been taking for more than decade.

To be sure, Northfield starts with some distinct advantages:

From that firm foundation, Northfield revised its long-term plans between about 2005-2009. From all the pages, focus groups and community meetings involved in the Comprehensive Plan and others, three clear principles emerge:

And Northfield has been working the plan(s): 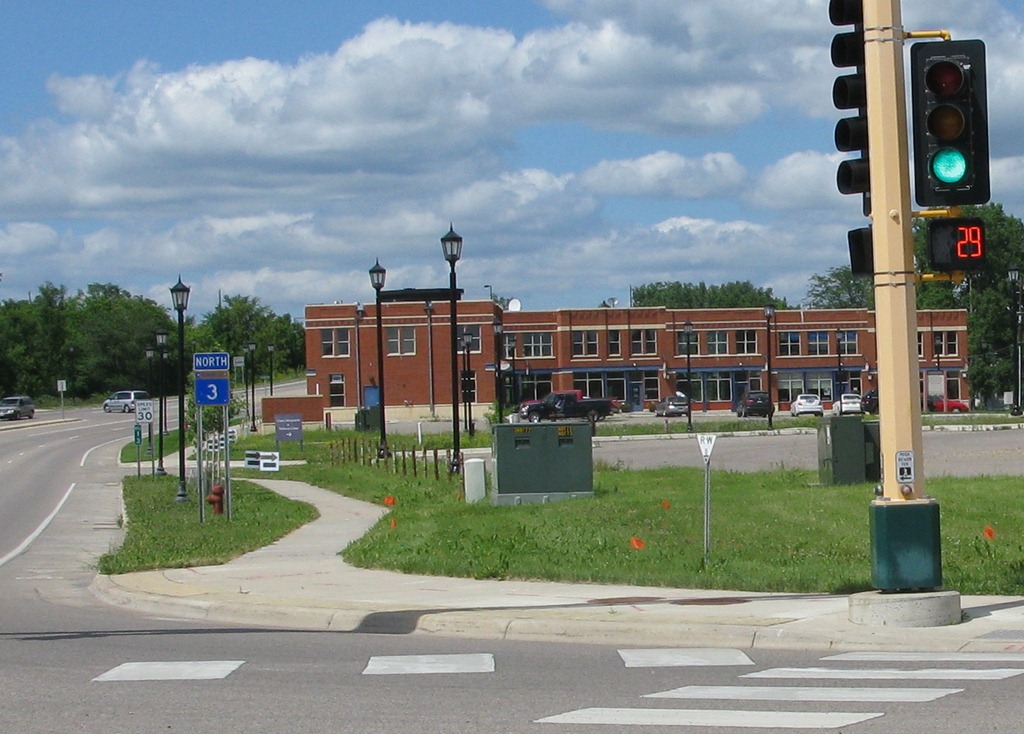 Non-Motorized Transportation task force of the Park Board (with representatives from the school district, colleges, city and other knowledgeable folks), led the way to Northfield’s Safe Routes to School planning grant in 2008 to develop much needed recommendations for improving bicycling and walking to local schools (most of Northfield’s elementary schools and its middle and high schools were built in the suburban model) and prioritized bike lane locations (among other things)

Multi-modal integration study stipulated by the Transportation Plan lead to the TIGER grant application to find ways to bridge TH3 and TH19 plus railroads. 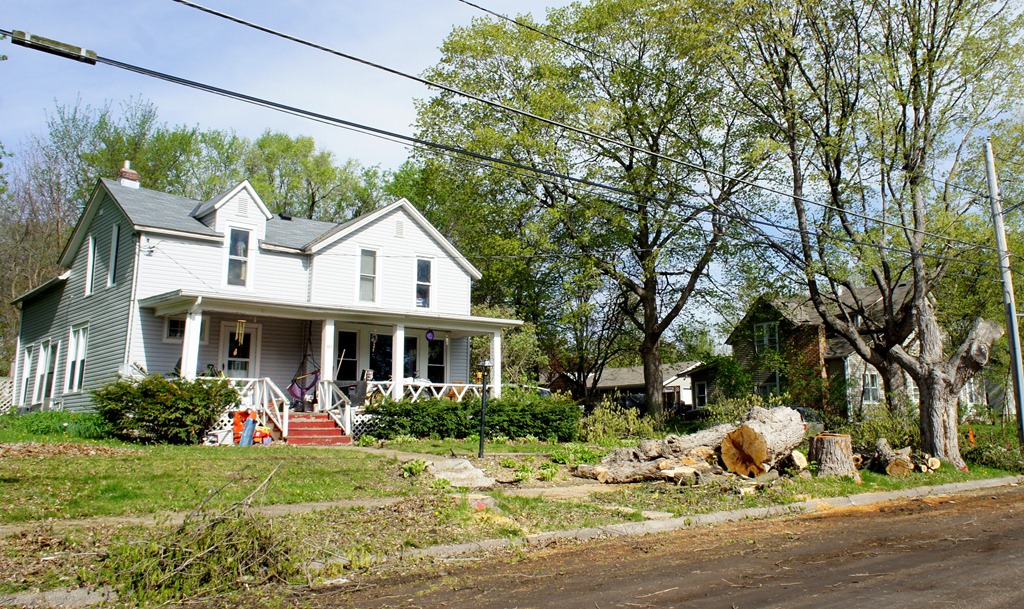 Mill Towns Trail: Building the Mill Towns Trail to link the Sakatah Hills Trail and Cannon Valley Trails has been going on for 2 decades with state-level interest from the Parks and Trails Council.

Peggy Prowe Pedestrian Bridge (named for Northfield’s tireless and undauntable trail advocate) spans the Cannon River and is a link for the Mill Towns Trail. 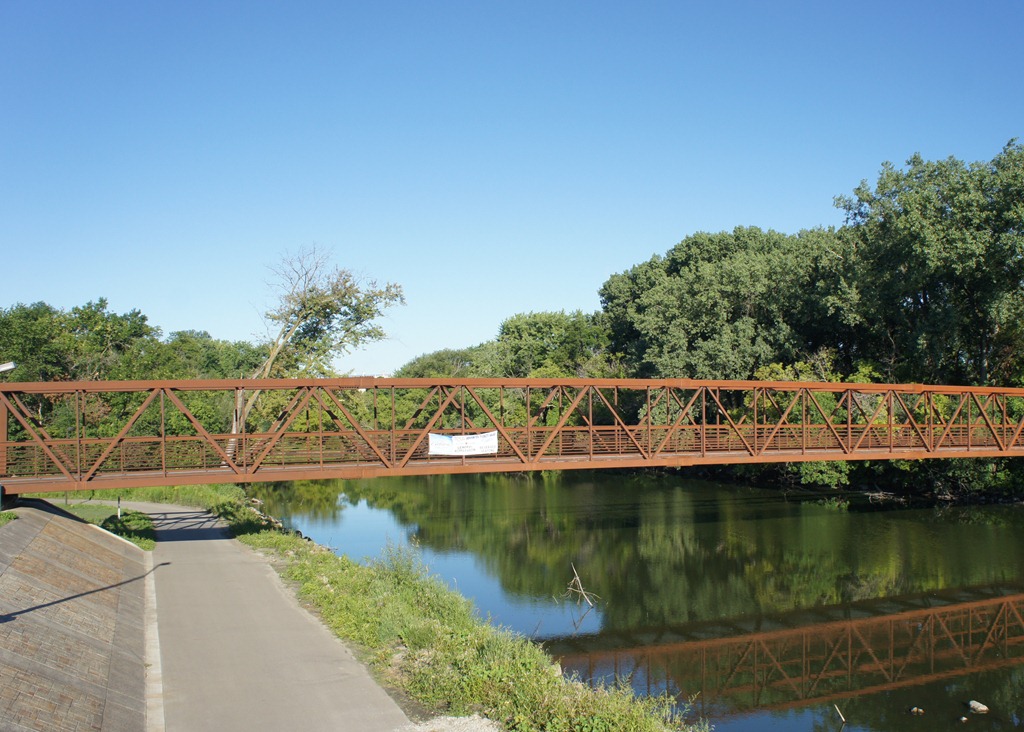 There have been some missed opportunities, of course, both small (recent work on Maple Street near Sibley School omitted a critical sidewalk link because of vitriolic neighbors’ objections) and large (lack of street connections through residential areas, for instance, and school placement), but Northfield has now plucked most of the low hanging fruit – the policy changes, simple fixes like bike racks and ensuring regularly scheduled street projects fill gaps in the sidewalk network – now it needs another infusion of citizen advocacy and political will to allocate resources to tackle the very ripe, but less accessible fruit higher in the tree.

In addition to completing the TIGER trail under TH3, really safe routes to school could include cycletracks on Jefferson Parkway (and the other, relatively few, high volume and higher speed routes).  Reconstruction of Woodley Street in the next few years, a County road, could add much needed sidewalks on a critical minor arterial through town. Higher density senior housing has been built downtown; additional attention to making sidewalks and intersections accessible to older people is needed. The Northfield City Council will discuss the Capital Improvement Plan tonight; this would be the time to consider which improvements can be built into the budget and planning process over the next few years.

So, great job Northfield and let’s get to work!

4 thoughts on “Small steps add up to big changes”