A month ago Bill Lindeke wrote a post about potholes. He noted that potholes are an absence, or separation, that reveal a connectivity often taken for granted. Potholes can also be seen as windows. Since our roadways follow the law of superposition, potholes are windows into the past. 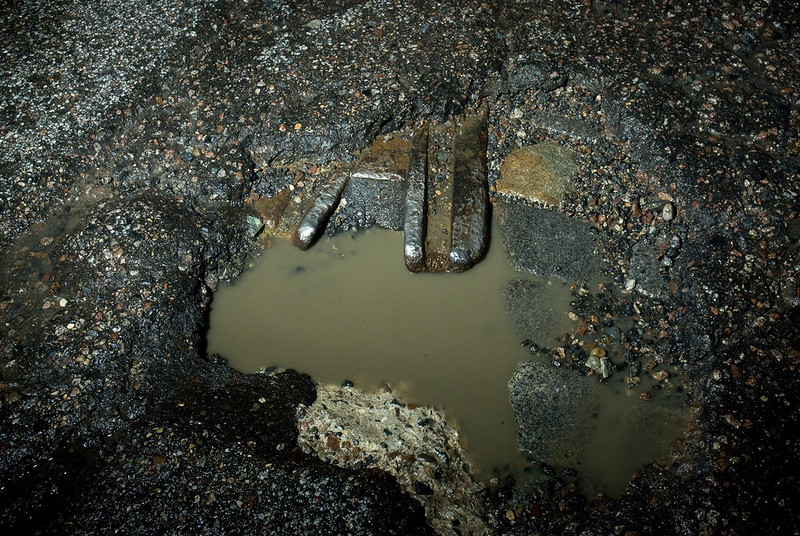 If this pothole could talk, it would ask, “how does a bridge become a river?” Potholes think they’re really deep.