Since the Bicycle Advisory Committee (BAC) first recommended the City of Minneapolis pass a “Complete Streets” policy in 2011, the city has been slow to actually pass and institutionalize it. I’m happy to announce that things are moving again! I attended an informal gathering to review the as-of-yet not public policy draft where the general consensus was, “A good start.” 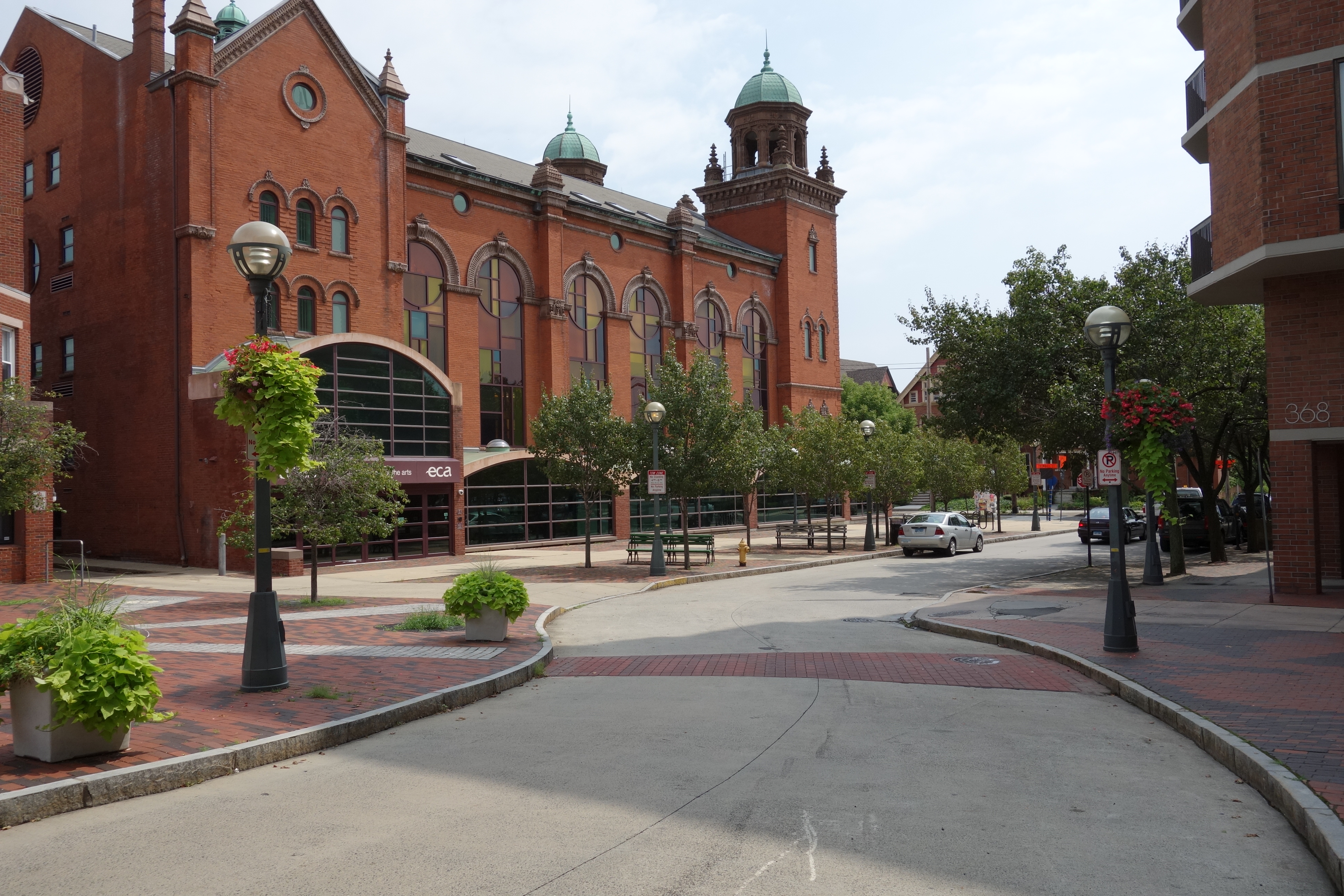 I’d walk, bike, ride a bus, or drive here. How about you?

Admittedly, it was difficult tracking down some of the history of this. I did find references to the Minneapolis Bicycle Coalition report from the BAC in December 2012, notes from the BAC recommending to return it to staff for more work in October 2013, and another Coalition post in July 2015 showing that it’s back on track.

There is no formal public engagement process planned, but the Pedestrian Advisory Committee (PAC) and the BAC have been getting periodic updates. PAC member Shaina Brassard and BAC fan club member Ethan Fawley did arrange for an informal work session to review the latest draft. City staff and elected officials indicated they’d welcome feedback, and I attended the work session with about 20 other people.

I found plenty to be pleased about. In particular, I like the “Default Minneapolis Modal Priority” front and center (see image). I also liked: 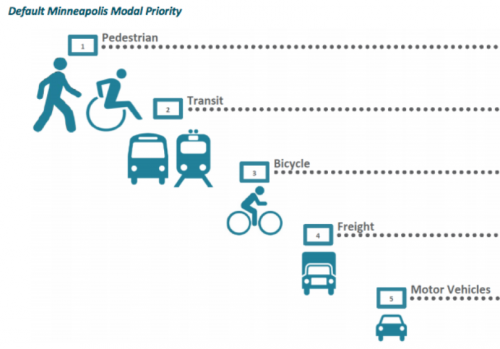 The Default Modal Priority in the most recent draft I’ve seen.

On the other hand, we saw significant room for improvement, especially around four big themes.

Defaulting to the Default: Our Suggestions

Several smaller groups were going to meet to make more specific recommendations on topics, including the 2nd, 3rd and 4th in that list. I was part of the “default modal priority” group, along with Clark Biegler and Neal Baxter. Our team of three agreed on a few principles:

Possibly my favorite recommendation from our group reads, “When tradeoffs between modes must be made, the default modal priority will determine the final design choice.” (I can dream, right?)

What Do You Think?

I hope the other small groups who met after the larger meeting will share their own suggestions in the comments and their corrections to my summary of the meeting.

I also thank the City Council and Public Works staff for pushing ahead on this and for insisting on a good policy. I hope they’ll share what happens next and when we can expect to see a policy adopted.