And up until last week, I’d never even heard of this unincorporated settlement, a remnant of an early 1900s logging town located 12 miles north of Park Rapids along Hubbard County Road 4 deep in Paul Bunyan country. 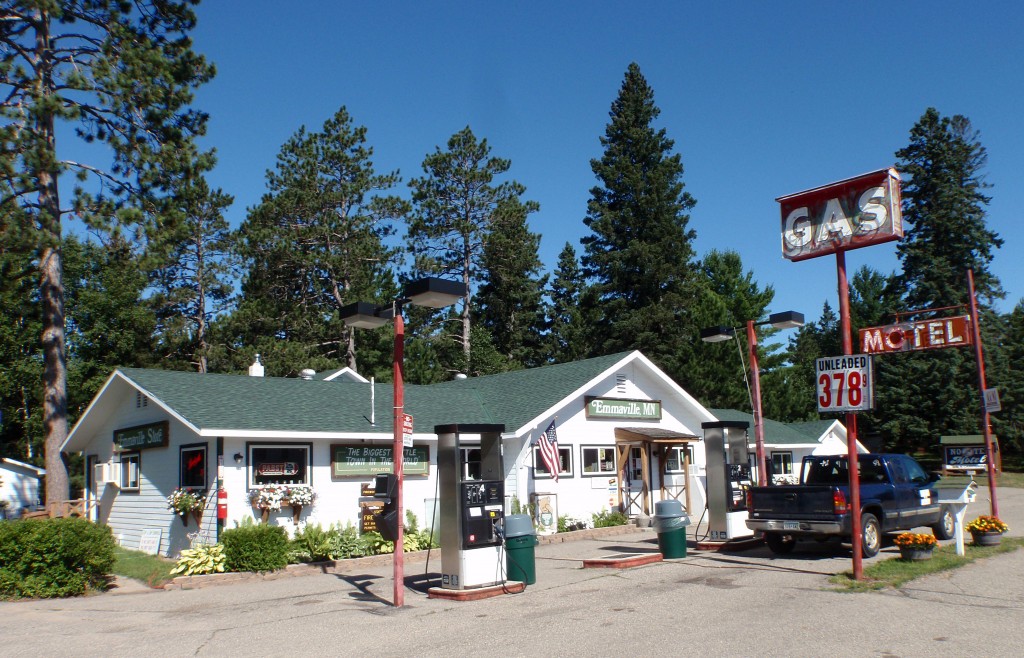 The Emmaville Store stood dark and empty when Mike and Melinda Spry purchased it in 2010. They cleaned and renovated the combination cafe, bar and convenience store before reopening the business in January 2011. The vintage motel and gas signage dates back to the 1950s or 1960s.

But thanks to the folksy writing of Mike Spry, co-owner of the Emmaville Store along with wife, Melinda, since 2010, I’m now endeared to this place.

In his blog, “Rediscovering Emmaville—The adventure continues,” Spry shares his love for Emmaville in a way that only one intimately familiar with a people and place can. 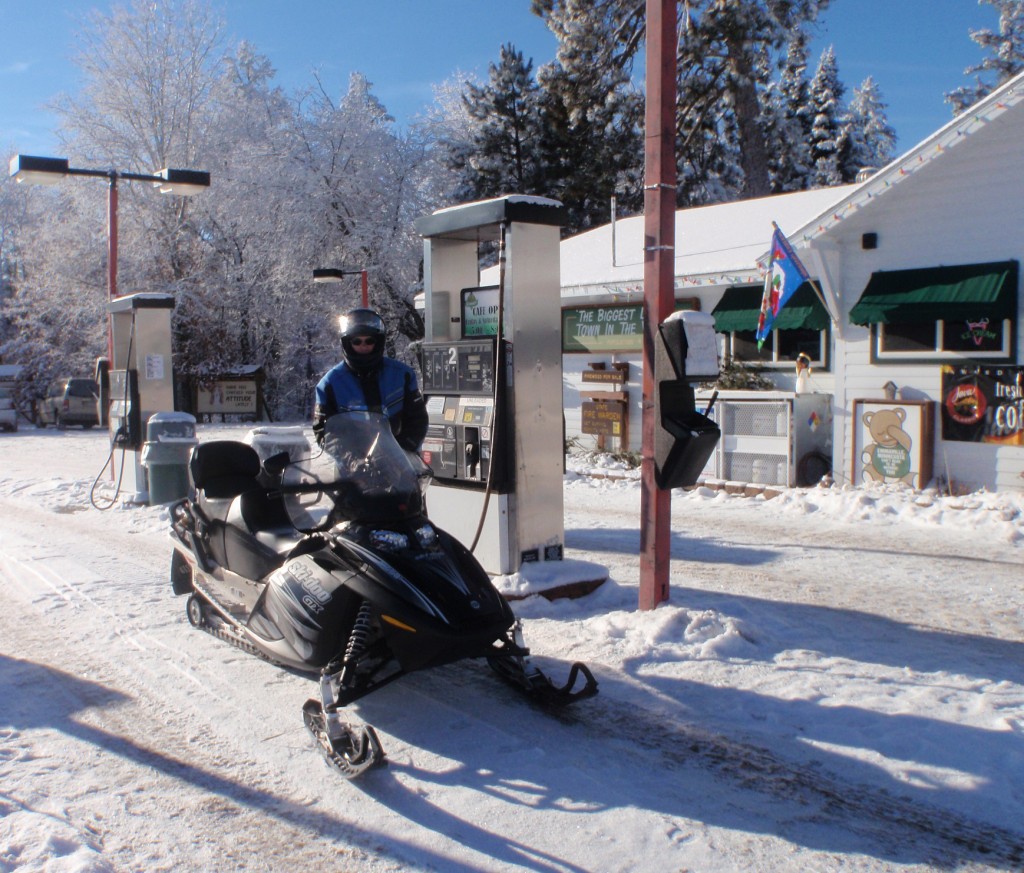 You know it’s winter when you witness the Emmaville Shuffle. The dancers walk up to the counter in our store and start patting themselves. They grab their butts, pause briefly to think, and then start unzipping their outer wear. They stretch and grope inside their suits, and sometimes undo more zippers and straps before their hands dive back in. We sometimes feel the need to avert our eyes.

You might think we’re running some kind of backwoods burlesque show here, but all we’re really talking about is snowmobilers trying to find their money. We call it the Emmaville Shuffle.

From those opening paragraphs (you can read the rest by clicking here), I was hooked on this blog, which focuses on “creating and sustaining community.” 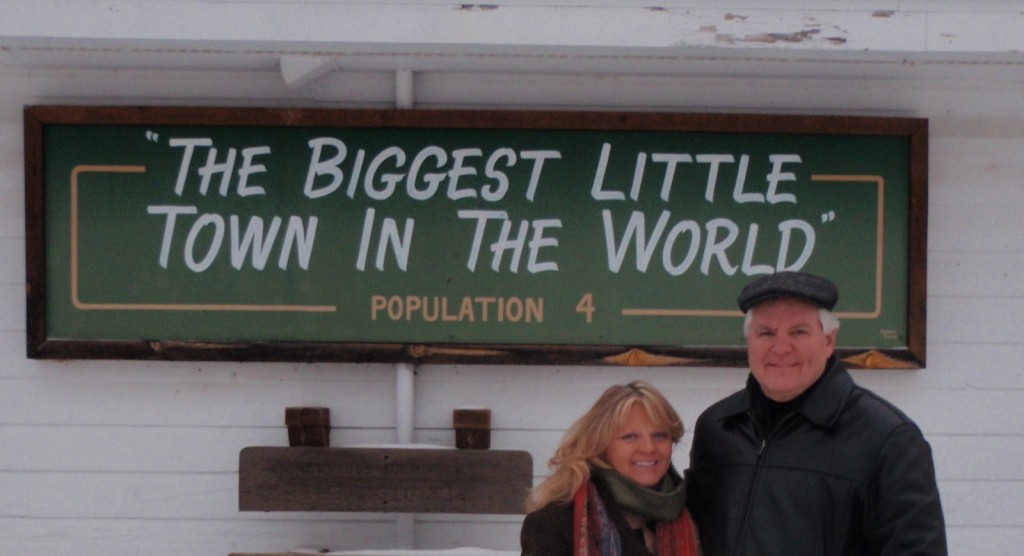 Mike and Mel Spry, shown here, “decided not to mess with a successful marketing tool” created by a previous owner although the population today is only two. “The Biggest Little Town in the World,” advertising the population as four, dates back to the 1980s. At that time the store’s owner, his wife and two kids lived in Emmaville.

I needed to know more about these business owners, this settlement’s only permanent “residents” although Mike says those living in the surrounding woods and along area lakes also call Emmaville home.

The couple, now in their early 50s, grew up in nearby Detroit Lakes. Mike hunted and fished in the Emmaville area as a boy. Both attended Bemidji State University. Eventually, they would leave the region, only to return after Mike sold his shares in an environmental consulting and engineering firm.

Mike, in an email exchange with me, can’t pinpoint precisely why he and his wife decided to purchase and reopen the vacated Emmaville Store. The business venture also includes a cafe, bar, cabin, four-unit motel, a 10-site campground and seasonal storage units. But he calls the endeavor a labor of love.

“We love being a part of a rural community where people look out for each other and support each other,” Mike says. “In our previous life we traveled and moved around a lot, so we really long to be part of a community.” 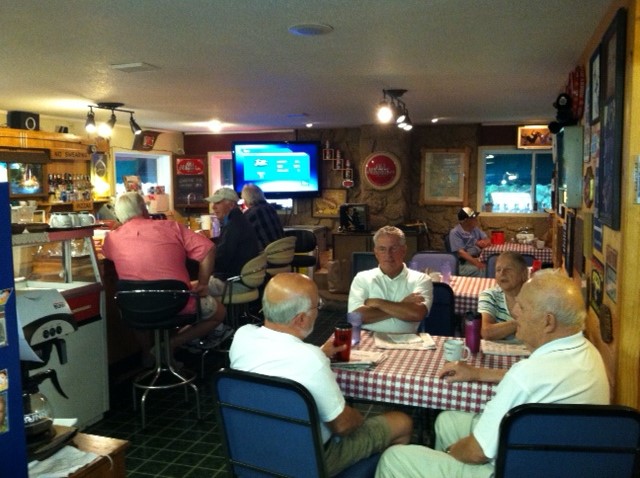 Hanging out in Emmaville.

And that they are, as noted in a May 2013 blog post titled “Clayton is back!” Mike writes of seasonal resident Clayton, a 91-year-old who claims “the second bar stool from the right, where he can hear the TV good” and who serves as official Ambassador, Welcoming Committee, Handyman, Tour Guide and Historian:

You’ll be happy to know that Clayton is back in Emmaville, having arrived safe and sound last Thursday. However, upon seeing him in the flesh, Mary and Mel became concerned. To them, he seemed just too skinny. Clayton explained he had exercised all winter to work off all the weight he gained at Emmaville last year. So the ladies have rolled up their sleeves and are bound and determined to plump him up.

Three squares a day, plus all the pie and ice cream he can eat ought to do it.

With offerings like fresh-baked cinnamon and caramel rolls, banana bread, bars and other sweets, I expect Clayton regained weight in no time. The cafe does most of its business during breakfast and lunch, Mike says. The Emmaville Store website promotes a “famous” Sunday Brunch and Buffet from mid-May to early September and suggests trying the French toast made from cranberry-wild rice bread.

Friday evenings you’ll find, among other selections, an All-You-Can-Eat Taco Bar. And on Saturdays, it’s “Burgers in the Bar” night. 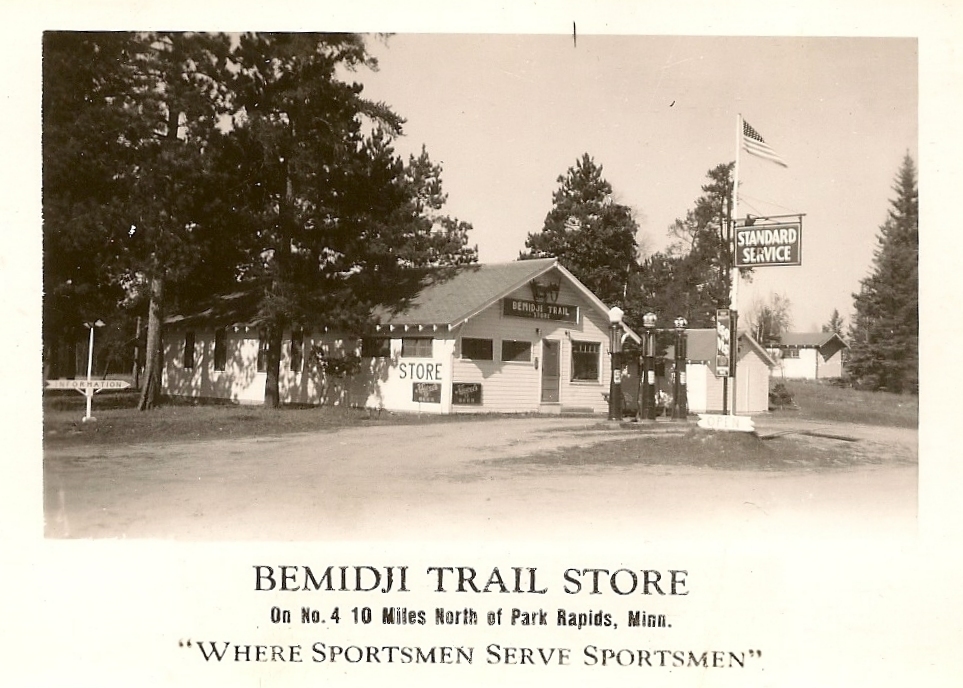 A photo from the late 1930s or early 1940s shows the Emmaville Store shortly after it opened.

Nostalgia, as much as gas and food, likely draws customers off the county road to Emmaville. Itasca State Park lies only 20 miles away and the recreational Heartland Trail and North Country Scenic Trail are even closer. Emmaville also sits along state-funded snowmobile trails connecting Itasca with Bemidji, Park Rapids and Walker. 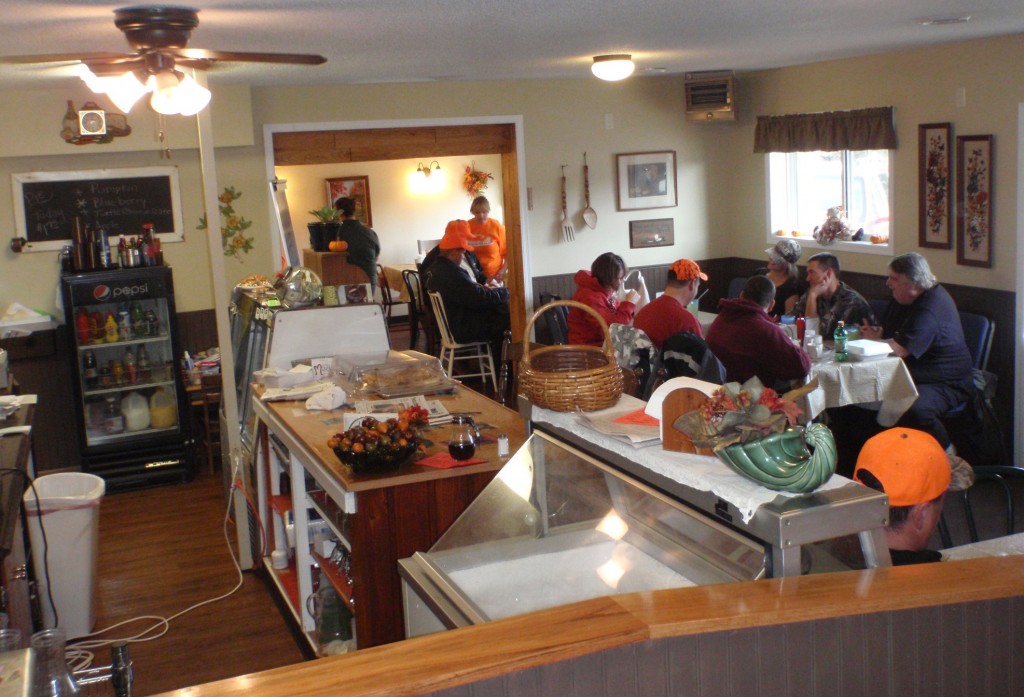 Dining at the Emmaville Store cafe.

No matter who walks in the door, whether local or visitor, Mike says, “We try to be warm and welcoming to everyone. We want them to feel like family. It’s a place where they can step back in time and remember when they used to come up north when they were kids. It’s also a place for locals to gather for coffee, meetings and celebrations.”

Business can be slow sometimes, though, including in March and April. Yet the Sprys have managed to make enough money to pay the bills. The challenge has been finding time to get away. “It’s a lot like owning a dairy farm,” Mike says. “You can’t leave it easily.”

As Mike says, the Emmaville Store is a labor of love for him and Mel. His down-to-earth heartfelt writing about the people and happenings in Emmaville prove that. 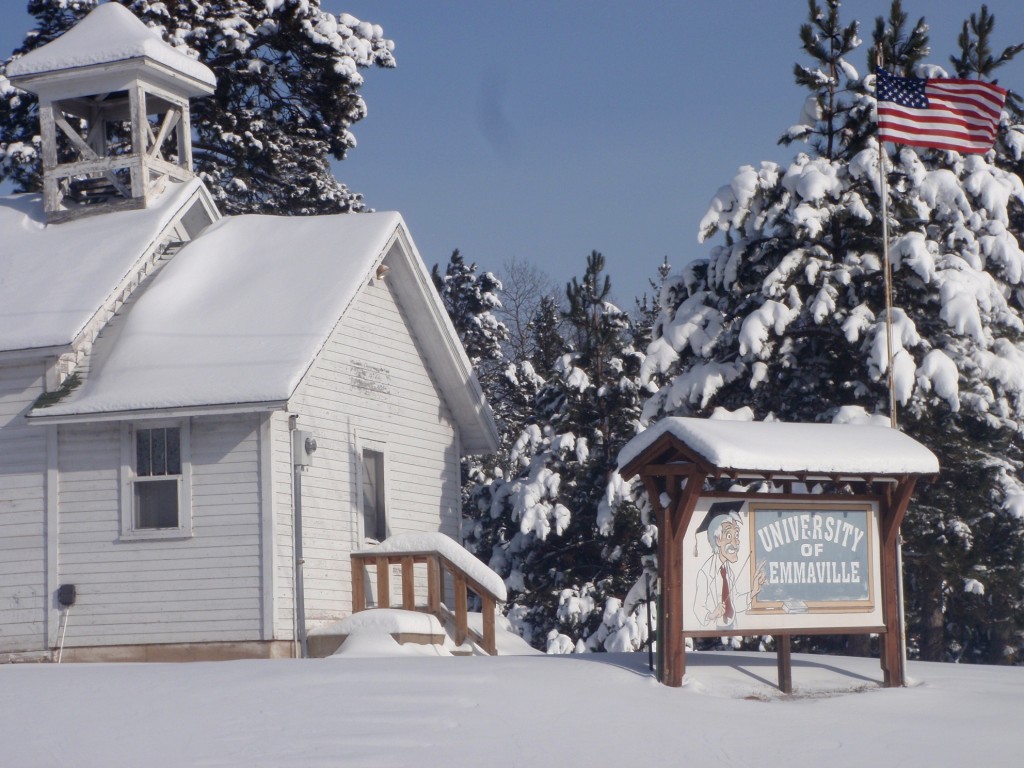 Mike emailed this bonus photo from Emmaville of the 1907 schoolhouse, labeled by previous owner Cal Jensen as the University of Emmaville. Jensen was a colorful character, Mike says, who posted several witty signs to attract tourists. The Sprys have restored that signage, like one which reads “The More People I Meet, the More I Like My Dog.” Today the old schoolhouse is owned and used by two brothers as a hunting cabin.

This story has been cross-posted at mnprairieroots.com.

6 thoughts on “All About Emmaville, in Minnesota’s Northwoods”