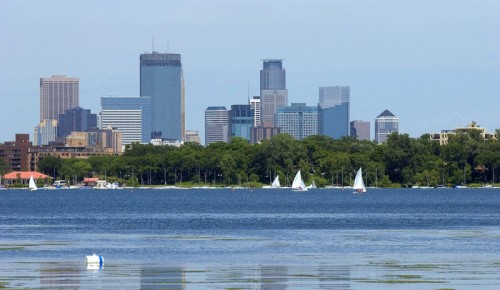 Like previous mass shootings, last week’s terrorist attack in Charleston, SC left me–and the rest of the country–heartbroken. What was even worse in my mind is that in the year 2015, even with the apparent progress that this country has made on the race relations front, there are individuals out there that still hate fellow humans solely based on the color of their skin. It is simply baffling and infuriating.

However, these type of events do cast a very small silver lining, as they allow concerned Americans to question many status quos. As a result of the attack, a growing populace has begun to question ingrained traditions that have quietly resembled ideals now dismissed as lunacy. In South Carolina, there is now a push to take down the Confederate flag, a historic symbol of slavery.

Living in Minnesota, it could be easy to cast judgement on states in the South. What got me thinking this weekend, ironically enough, was the gut-wrenching monologue by Jon Stewart and his downtrodden but painfully realistic observation of the country.

“In South Carolina, the roads that black people drive on are named for Confederate generals who fought to keep black people from being able to drive freely on that road. That’s insanity. That’s racial wallpaper,” Stewart exclaimed last week.

This racial wallpaper exists in Minnesota, too. In fact, Lake Calhoun in Minneapolis is named after John C. Calhoun, one of the most pro-slavery figures in the history of this country. In a generally progressive state and in a very progressive city which made efforts last year to remove Columbus from his own day, how do we allow ourselves to continue to accept the naming quo?

Consider me part of the bandwagon. KARE 11 had a powerful story on the name a few days ago. A petition to change the name has more than 500 signatures after three days. Everyone go read this article associated with the petition, as it intricately explained the situation better than I ever could. 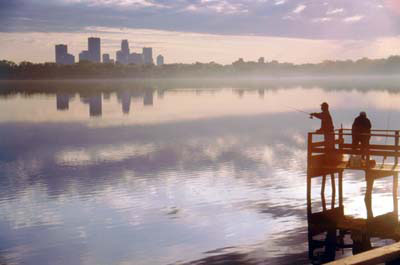 We should be able to reflect and change the way we associate history with names. This lake is our version.

I fully admit that I was one of those “white Millennials in Uptown” who didn’t second guess Lake Calhoun’s name for the longest time. Even after only a couple days, this effort seems to be gaining momentum. It’s not the first time changing the lake’s name has been attempted–we actually tried changing it in 1890–but with the recent events in South Carolina, it seems like common sense to rid Minneapolis of its racial wallpaper.

Contact the Minneapolis Park Board members. Let them know that we should stop associating a pro-slavery figure with Minneapolis’s most celebrated lake.

32 thoughts on “Yeah, We Should Rename Lake Calhoun”