Planning (and executing plans) is really about liking your future “self”. If you plan well, and do things in advance of their ultimate need, you are being good to your future self. You do things now (burying nuts, saving for retirement, filing paperwork, washing the dishes, forming habits about where you put your keys, etc.) that reduce potential hassles later (looking for keys) when you might be in a hurry. In the case of land use plans, we make decisions now to avoid costly confrontations later. We exclude the quarry so no one goes and assembles land to dig a quarry when the neighbors might not want it, and would sue to keep it out, or sue for damages once operational.

To the extent we actually plan in this region, we plan for the Twin Cities as if it were essentially static.

Forecasts sometimes call for the Twin Cities to eventually reach 4 million people. Forecasts in the 1960s, referring to a 1964 document titled 4,000,000 by 2000!: Preliminary proposals for guiding change, said that would occur in 2000.

Forecasts now in the early 2000s say imply that might occur in 2040. The Met Council’s Regional Development Forecast projects 3.6 million people in the 7 county area by 2030.

But suppose there were a “black swan”, some large socioeconomic or demographic change in the world that vastly increased the Twin Cities’ population. We can speculate what this might be: war, famine, meteor impact, volcano, or climate change affecting elsewhere and driving immigrants here, or some sort of boom due to climate or technical innovation that attracts people to this region. 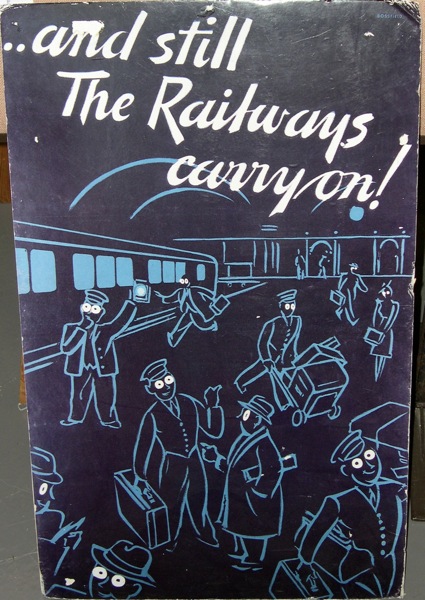 Where would they go? What would need to change. Decisions that look good (or bad) for a metro of 3 or 4 million people, look bad (or good) for one of 10 million people. We cannot optimize for both, but perhaps we can make decisions that allow us to adapt.

Clearly there is enough land … there are more populous cities in smaller areas. But the land would need to be reconfigured. We could simply build more densely on green fields and farms, or we could redevelop existing parking lots and developed land at higher densities. The ease of developing for a metropolis of 10 million however is lacking. The City of Minneapolis would probably need 1 million people in such an arrangement. People with a lot more time than me can figure out the amount of redevelopable land, and the potential population or jobs on those areas. I could see another 100,000 people in high-density residential in the downtown and near-downtown areas without much fuss, by building on surface parking and vacant or near vacant lots. We could probably subdivide existing units, put in accessory apartments, fonzies, and finished basements, and reduce the space per person for I guess another 200,000 people without much new construction. The remaining 300,000 would not go so smoothly. The land is not zoned for them, existing arrangements would be disrupted.

How would they move? The existing road network is congested enough with 3.something million people, it would be much more so with 3 times that population. The transit network as currently constituted would be insufficient.

We cannot build a network for 10 million with a population of 3 million. What can we do that will adapt? What rules should we use?

I cannot answer these questions with confidence, but I offer some speculations.

1. Preserve rights-of-way – acquiring long contiguous paths is difficult and expensive. Don’t let any go just because they aren’t being used now. One expects that with 10 million people, the cost-effectiveness of rail becomes much better, as the same fixed costs can be spread over 3 times as many riders. But that new rail system still needs right-of-way. It could go underground, or be elevated, but it would be cheapest if it could travel at-grade for as long as possible. This demands rights-of-way.

2. Maximize the width of those rights-of-way. Acquire as much land on either side of the right-of-way as possible, so you can expand later at minimum distress. Prevent encroachments.

3. Preserve contiguous spaces – Putting lots of small buildings scattered about on equal-sized, legally separate parcels are a lot harder to undo than fewer buildings on smaller parcels, with a few larger parcels remaining undeveloped. (I almost said use heterogenous lot sizes, but I figured that is more difficult to understand). Single-family homes (and condominiums) are very hard to redevelop because of the legal transaction costs. One of the reasons the street map of the City of London after the Great Fire of 1666 looked a lot like the City before the Fire was that while buildings burned, the property lines did not, and it was most convenient to rebuild in place (with better materials) than to reorganize the city in a better way as proposed by Christopher Wren.

4. Ensure connectivity – The 1 mile grid on which the Midwest of the US is laid out as a lattice upon which development occurs. Within the older cities and towns, this grid was replicated fractally. In newer areas, a hierarchical topology was imposed. This may have been okay for the car, but it is actively deleterious to the use of any other mode. Subdivisions connect to that lattice. Those subdivisions need to connect internally in a regular way to provide multiple paths between origins and destinations. That is the primary lattice needs to be regularly divided into finer and finer connected lattices.

5. Avoid irreversible decisions – Always keep in mind how you might undo something you do. Can your building be put to alternative uses, can it be recycled, will it leave toxic waste? Can legal land uses be changed in response to needs, or will neighbors need to be consulted in processes lasting years?

6. Adopt universal rules – Have as few rules as possible regulating decisions, only general rules that apply in the maximum number of circumstances. Fine-grained details that allow flexibility should be decided on a case-basis.