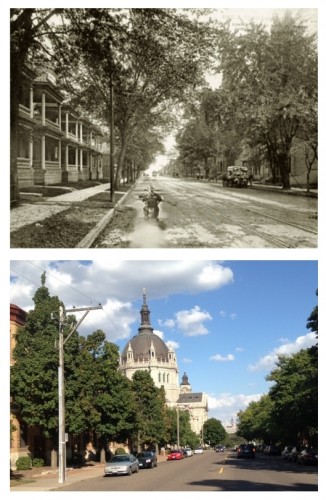 Contrary to popular belief Nina Street is not named for Saint Paul infamous, 19th century madam, Nina Clifford. The street was named by the group of developers that platted Dayton and Irvine’s addition in 1854. Clifford’s real name was Hannah Crow. Chances are she named herself after the street. Construction of the Cathedral of Saint Paul was just a twinkle in John Ireland’s eye back in 1904. these days its hard to imagine Selby Avenue with out that big old dome.