When arriving in a city for the first time, the visitor often seeks to move from the port of entry (the airport) to where they are staying (e.g. a hotel). Most airports have taxi services of some kind, but the urban Transportationist wants to take public transit.

I recently had the opportunity to reclaim my transit virginity on my trip to Copenhagen. I arrived at the airport on Saturday afternoon, collected luggage, exited customs and found my way to the rail platform. I picked the rail (S-train) platform instead of the Metro platform more or less by mistake (in retrospect, I should have taken the Metro). Fortunately I could buy tickets with my international credit card. There was a proof of payment system, but I was not checked. 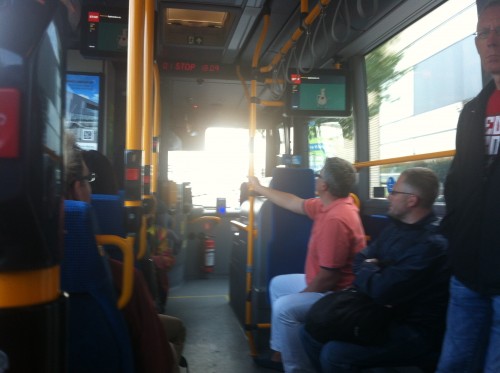 As the train approached the Central Station, there was an announcement that the train did not go to Norreport station, and to use a bus instead. I missed the bus number which I heard as mumble A, which in retrospect was 1A, and so I got on the 5A. (Most of the bus numbers end in A, I don’t know why). (In retrospect, I should have just walked to my destination). The bus driver accepted the rail ticket on the bus system. Unfortunately the bus went in a direction orthogonal to my destination. The good news is I got to see some interesting working class areas of Copenhagen (all of which did have side bike paths, which were widely used, some evidence for the Field of Dreams hypothesis – If you build it, they will come.). I did figure out this was the incorrect bus quickly enough, and exited, and found a bus stop. The bus stop had a system map. Hallelujah.

I figured out which buses I should take (4A to 5A or 150S), and after a third bus trip, wound up outside Nørreport station (which is actually the country’s busiest). Now to figure our where is my hotel. Fortunately I had a local area map. Unfortunately not all the streets were marked. Fortunately there are local maps at kiosks on the streets. Unfortunately, streets change names every block. Even more unfortunately, many different streets (some parallel, some perpendicular) are called “Shopping Street” “Strøget” I must have walked the entire system before I found my destination. 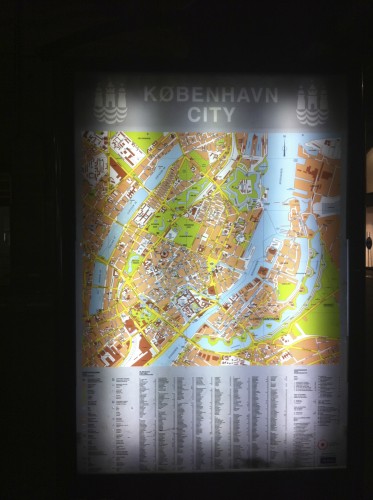 I did not use transit the next day.

On Monday, we were advised by conference organizers to use the bus to get to DTU, where the conference was. We were advised to catch a particular bus from outside Nørreport. There are many, many buses converging here, the station is under reconstruction, finding the right bus is tricky, much less the right one in the right direction. The bus stops were mobbed, the sidewalks were filled with Danish people waiting to board the very frequent public transit.

The more crucial question was how to get a ticket to use the bus. Getting a ticket at the airport was fairly straight-forward. Where were the bus tickets at the bus stop? Well, in the train station of course. We were advised to get a multi-day pass (since the conference was multi-day, and there would be return trips). Those were not being sold by the machines. I bought two tickets, one for the return. It turns out the tickets have a time limit on them (I think 3 hours from time of purchase). While I was struggling to figure out how the ticket machine worked, a Dutch researcher going to the same conference was having the same struggles, and though we had never met, asked if I was going to the same conference. Smallish world. 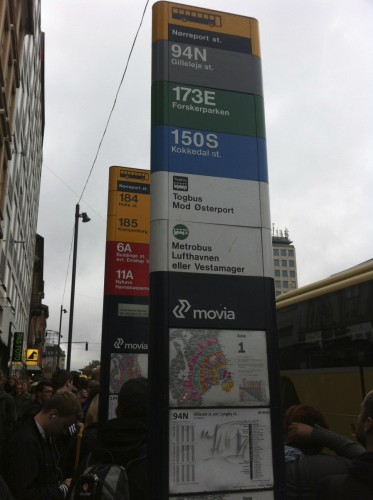 We bought tickets, found the bus stop, got on board the bus. The next trick is figuring out where to get off. This we only managed by luck (most passengers were exiting at the stop nearest DTU) since the bus did not actually identify the bus stops (I think it was supposed to, it was a modern bus with lots of information systems, it just didn’t). Worse, the stop did not say something obvious like DTU (which was a block away and across the freeway), but instead the name of the local street we had never heard of and was not on the map. It is the stop after Ikea.

On Tuesday I was such a pro, I could help another conference goer who I met on the bus (who was using it for the first time) get to our common destination (still sort of a smallish world). I used the second ticket I bought the previous day (having gotten a ride home the night before), obscuring the date and time with my thumb. Yes, that makes me a transit scofflaw, a fare jumper … but I did pay for the ticket, so I felt morally justified. 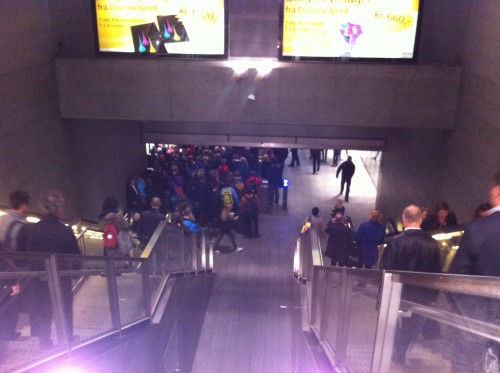 I took a taxi on the airport return.

Next stop Netherlands. I landed at Schiphol (a convenient non-stop connection from Minneapolis) and needed to travel to Arnhem. There are convenient ticket machines at Schiphol airport, which take international credit or debit cards, or cash. All good. I even figured out which rail cars are 1st and 2nd class (the 1 and 2 painted on the side of the train are the class number, not the carriage number). I am sure I paid the “foreigner tax” and could have gotten cheaper tickets somehow if I were a local, but c’est la vie [dat is het leven].

When going back to Schiphol at trip’s end, I was leaving from Zaandam. The ticket machines there require a European debit card with Chip and PIN (different than the magnetic stripe based American debit or credit cards), or cash. There is a ticket agent (for certain hours), who also required the same payment mechanisms. The ATM machine at the station did not work at all. Fortunately there was an ATM near the station (down the steps). Unfortunately, the security agents at the station would not let me leave suitcase (damn terrorists), so I needed to bring it down, and back up, the steps. Then I paid the agent cash, and went down another set of steps to the platform. 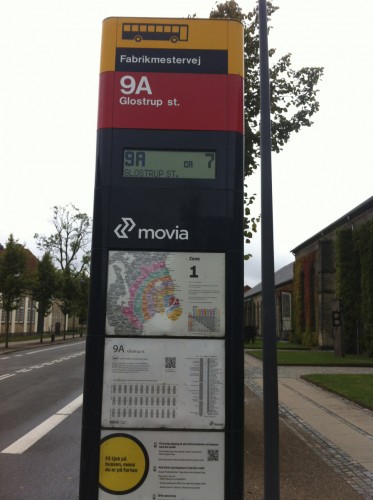 Copenhagen does not have streetcars. It has commuter trains, a Metro, and very modern buses. Of course the old-town is a beautiful pedestrian zone. There are bicycles everywhere. Aside from the interface issues, it seems to work very well for regular users.

Similarly, the transit and rail systems in the Netherlands generally work very well (aside from a 3 hour delay due to “Person under Train”).

Still, the interface issues dissuade first time users from using transit. In a transit-intense place like Copenhagen, there are few first-timers, and most of the visitors will not venture onto local transit since the learning curve is steep and its downstream value small (I at least get a blog post out of it) since time in Copenhagen is short for non-residents.

In a place like Minneapolis, the interface issue is likely to be much more common for residents, much less visitors. How can someone outside the airport or downtown (maybe) figure out how to use transit for the first time. The bus drivers are helpful, and everyone in the world speaks English, but how do I know where the bus is going, what routes are served, when they run, their schedule, etc. without information? Many good systems have figured out how to display and update this information statically. We cannot wait on technology. Not everyone has a smartphone, and smartphone ownership is likely to be lower among bus transit users in particular.

Furthermore, if I am an international traveler, I don’t want to pay roaming charges for smartphone data. (My smartphone was acting primarily as a camera on my trip). Yet every place wants to attract conventioneers from out-of-town and especially out-of-country, we should figure out how to make their life easier.

We should of course have a much simplified payment system, either something like PayWave from credit cards or a standardized global Oyster Card that works on every system with a back-office clearinghouse to transfer money. But given the sorry confusion in which most transit systems reside, this is not going to happen within the decade. 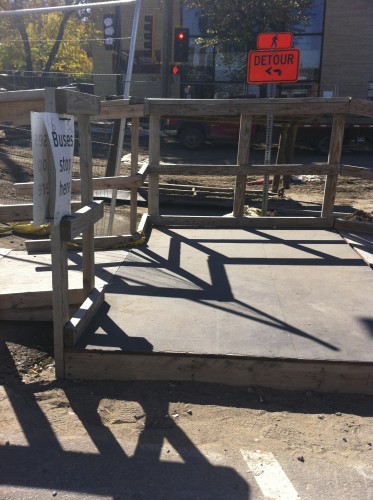 The systems are not merely optimized for regular users (which is appropriate), they are very difficult to use for non-regular users. This is a huge barrier to entry. Where transit use is low, this is unfortunate, and will keep use low.