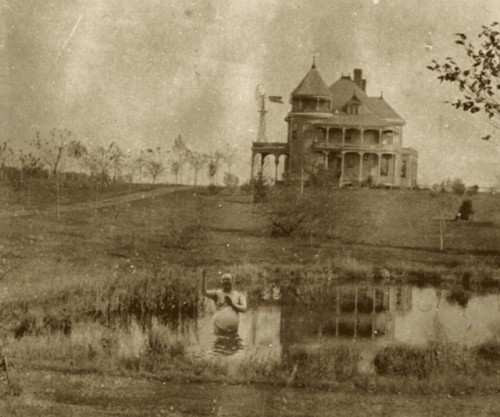 Nestled into a metropolitan area with suburbs like Golden Valley, Richfield and Eden Prairie most people think Robbinsdale was named for a bird. They are wrong. Robbinsdale was named for man, a b-i-i-i-i-g man! A Civil War veteran, politician, entrepreneur was he… Andrew B. Robbins carved the village of Robbinsdale out of the surrounding countryside with his bare hands. In 1887 Robbins purchased 90 acres to the west of Lower Twin Lake. He platted much of the area as the Robbinsdale Park subdivision, but reserved 20 acres of lake shore for his estate. In 1890 the Robbins family built a 16 room Queen Anne-style fantasy of turrets, porches and dormers. The house had five fireplaces, electricity and indoor plumbing. Robbins landscaped the estate with 8 acres of lawn, walks , fountains, shrubs and two tree lined entrance roads. After Robbins started collecting trees from all over the country his estate became known locally as “The Orchard”. In 1903 he wrote,”I have my own ground, with 22 apple trees which are now bearing fruit” Robbins passed away in 1911. The house was occupied by the family until 1929. During the Great Depression the estate fell into decay. When some of the land was being cleared for road construction in the 1930′s, workers for the highway department said they had never seen such a wide variety of trees in one place. After World War II the house was demolished in order to expand Highway 100 across Twin Lake. (reposted from nokohaha.com) 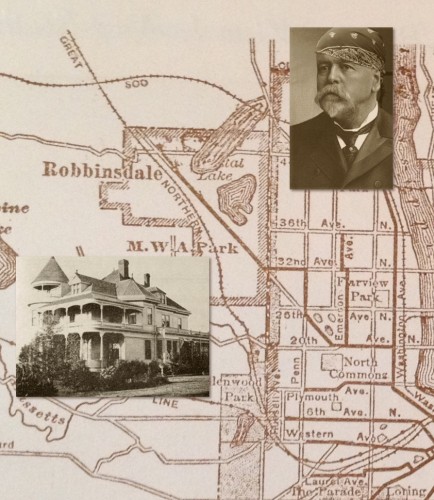 A. B. Robbins put this town on the map.

3 thoughts on “This Town is not Named After a Bird!”