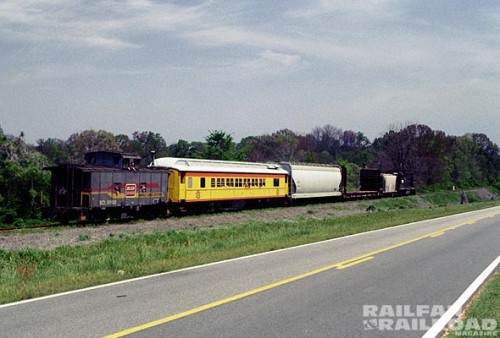 When reading about railroads and public policy, I’ve often thought about how archaic the thinking has been about rail. Their attitude about protecting right of way, looking after easement and their own territoriality regarding their business is epic in proportions. Indeed one could say they are locked in the 19th century when they blazed roads across the US – often at the peril to those who lived in the way. They held onto their lands tightly and were at war with any group that didn’t share the vision of creating the national network.

There was some romance in the stories as told at the time. Today, there is still a bit of nostalgia for rail though it has split many towns in half over time. Think, “the other side of the tracks” which became nomenclature for those with well healed or less so. Today towns with such a split create unsafe paths for pedestrians, cyclists and even motorists who have tried to “beat the train” across intersections.

Having spent a bit of my youth in Detroit Lakes. Minnesota, I remember fondly the train whistle blasting about every half hour through the day and night and wondering how long the trains were and from where they came. In the 60’s our family would often travel by train to Detroit Lakes and I remember the grandeur of Union Depot in St. Paul and the joy of eating fresh off the griddle French toast in the dining car.

Today the closest station to Detroit Lakes is Staples, a large rail yard that seems to have a town attached. There is hardly a connection from the Downtown area of Staples to the train station. When trains stopped seemingly everywhere, the station and it’s relationship to downtown was critical. You could disembark with your bags and walk to the hotels. Downtowns were vibrant.

So why the sudden nostalgia about trains? 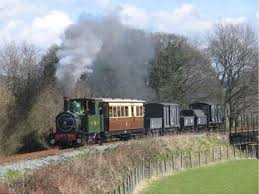 Earlier this year we (at work) were trying to identify the hidden truth about what makes a bike place a bike place. The discussion came to somewhat of a conclusion by identifying a litmus test: Can a group of people go to a town without their cars, spend a 3 day weekend, and have a good experience. This scenario implies a certain level of bike friendliness together with amenities like good coffee shops, bars, restaurants, and attractive lodging.

My wife and I were about to test this theory with a visit to Bemidji, Minnesota. We would stay at the nearby state park and bike everywhere we wanted to be. As it happens we had a great weekend but…

I wanted to stay on Monday for some meetings with local cycling stakeholders so I looked into grabbing a bus home. Boom! It hit me hard that one couldn’t go to Bemidji car-free and have a good experience. From Bemidji to St. Paul, it was a nine-hour bus trip. Not for me!

Then I started to think about the trains of my youth. Travelling around the state in comfort and style and departing and arriving in the wonder that is St. Paul Union Depot.

Why couldn’t we do that now? Amtrack and the freight carriers don’t play well together on the same stretch of tracks so I thought of a better solution. Put a passenger coach or two at the front – or back of existing freight trains. These trains could stop at dozens of towns along the way within Minnesota (or beyond) We could use technology to determine if someone needed to embark or disembark at a specific station and use historical data to create schedules accurate to within 30 minutes. The train from Seattle to Chicago doesn’t run nearly that close to timetables. Now I could take the train from Bemidji to St. Paul in fewer than 9 hours and enjoy the space to stretch.

Feeling pretty smug about my inventiveness I looked around for historical examples. It seems most trains in the 19th century were mixed – freight and passenger. In the early part of the 20th century those mixed trains were relegated to branch lines here and there. As the automobile with improving roads and cheap (as it remains today) fuel began to dominate travel over short distances, the passenger rail companies went into oblivion to be replaced later by Amtrack, hardly a model of efficiency or comfort, unless you live in the Northeast corridor.

There might be a ray of hope on the northern horizon. There is still one mixed rail line in Manitoba, the Keewatin Railway with service between The Pas and Pukatawagan. All aboard.

Oddly enough as we try to move forward recognizing and creating bike places, we look toward another old technology to help us get there. Next time… I want to take the train to Bemidji, or Detroit Lakes, or Duluth, or Rochester, or……

3 thoughts on “Mixed Up”