From the Atlas of True Names

Don’t get me wrong, Grand Marais is probably my favorite town in Minnesota, even beating out my ancestral homeland, New Ulm. I wrote a fairly extensive piece about this gem of the North Shore on my personal blog (full disclosure: my personal blog is written by me personally).

But I gotta wonder about the perversity of streets.mn readers in voting it Best County Seat, considering the Great Swamp’s most infamous moment was the triple shooting at its Cook County Courthouse two years ago. This incident kindled a debate, albeit a smoldering one, about whether to drag Minnesota into our national security state, an effort to which little, um, effort had been expended since the Coast Guard mounted machine guns on its Great Lakes fleet (presumably to better defend Frostbite Falls from being foisted on us by Canada).

Sure, there are more depopulated places on earth than Minnesota, but outside the Twin Cities the population density is low or lower while the density of county seats is more appropriate for one of those crowded states out east there. It’s hard to imagine some county courthouses getting much use at all, much less the abuse of strangers that seems to be our new national pastime. I remember one time strolling around the crumbling burg of Blue Earth, seat of Faribault County, as my grandma schmoozed in some cafe with her octo- and nonagenarian distant cousins. A ten-minute walk is sufficient to cover the downtown, so I eventually came across the county courthouse, a delightfully frilly Richardsonian Romanesque tower. Knowing that I had plenty of time before my grandma and her company would drink the bottom of their deep well of stories, I walked in, hoping that the interior would be as frivolous as the exterior. I wasn’t disappointed, and neither was I disturbed in my architectural submersion, since not only was there no metal detector to beep at me, I didn’t even see a single other person inside.

If your goal is to not see another person, then an even better choice than the Faribault County Courthouse might be Cook County, population 5,185 spread over 3,340 square miles. My favorite and least favorite entry in this year’s Best Of was Elbow Lake, Grant County’s seat, which streets reader Patrick pointed out was nearly stolen by rival town Herman (near whence a branch of my family hails, which gives me a dog in this fight). In contrast, I can’t imagine Grand Marais had any rivals for seat of Cook County. Few other towns at the tip of the Arrowhead even have blocks, much less the sort of booster group that cares about county governments and the lawyers they bring.

Incidentally, Grand Marais has an excellent booster group in their local Lion’s Club, which serves up tasty little fried Lake Superior Herring torpedoes every year during Fisherman’s Picnic. But they and the other Grand Marais boosters must not have cared too much for the lawyers either, since they situated the otherwise-imposing neoclassical Cook County Courthouse rather distant from downtown, in which respect it’s sorta different from Faribault and most of the other 86 county courthouses in Minnesota. Like every other place in town, the courthouse has a commanding view of Lake Superior, but little else. Nothing’s too far from anything else in Grand Marais, but neither is anything too close to the courthouse except a city-sized parking lot and a clump or two of the ubiquitous local lupines. Get back down the hill, city boy 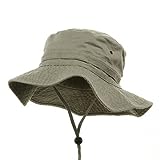 I confess to never having entered the Cook County Courthouse either before or after the shooting, but I can’t say I’d recommend it. Not only is it one of those courthouses that are meant to be looked at but not touched, but you have so many better options in this charming boreal town. Show you’re local by buying a bumper sticker at Sven And Ole’s. Wait in line at World’s Best Donuts. Build a schooner at North House Folk School. Do whatever it is artists do at the Grand Marais Artist’s Colony. Get the only fresh seafood this side of either coast at Dockside Fish Market. Get your fill of puns at the Beaver House. In this rarest of Minnesota places – a stunningly beautiful one – there’s just too much good to do to waste time pondering the long arm of justice and creeping omnipresence of the national security state at some hulking brute of a building up the hill. Grand Marais may be Minnesota’s best county seat, but the county seat is incidental. Grand Marais is a simple fishing village, always has been, always will be.