A few weeks ago I was biking on 24th st. near Bloomington when out of a passing car a voice yelled, “There’s a sidewalk right over there!”

Literally the next day, a bike lane appeared on 24th st. I imagined the gentleman who yelled at me driving down the street, dumbstruck – was I friends with the mayor? Had he yelled at the wrong yuppie? Had I complained to the city, which immediately striped a bike lane in obeisance to my young, white gentrifying power?

But my initial delight at seeing the bike lane gave way when I realized it was actually a pretty crappy bike lane. 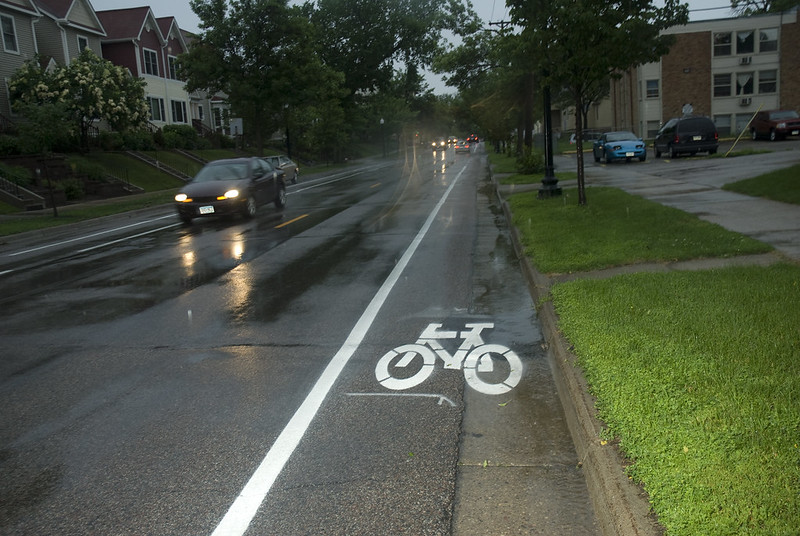 Really, half in the gutter? This, in the #1 Bike City in America, to borrow that loathsome booster platitude? Is this even still up to code? It looks like some perfunctory bike lane out in the suburbs no one expected to actually get used (and those circa-2004 vinyl townhouses aren’t helping). Plus, on the other side of the street it’s square in the doorzone. 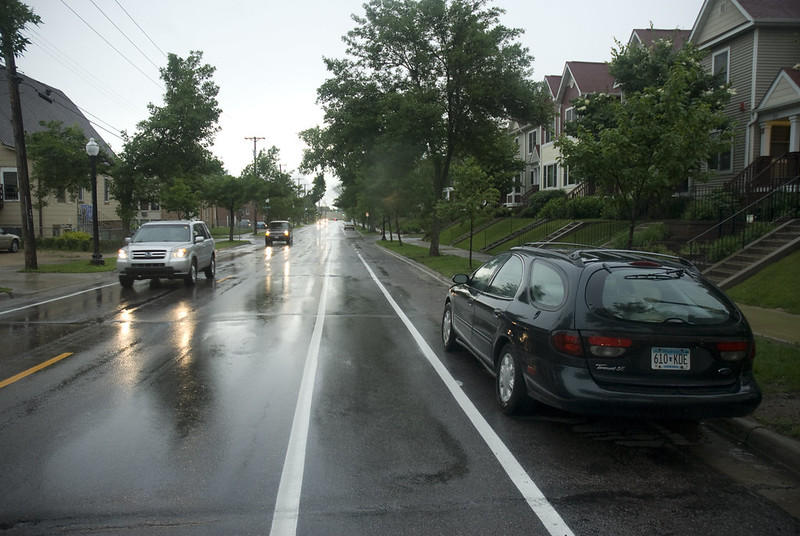