It’s rare that I bike more than a few blocks on Lake St. without having some variation on “Get the fuck out of the fucking road!” shouted at me from a passing car. Given the overall vibe on Lake, this isn’t remotely surprising.

The other day, I was biking down the Greenway near Nicollet when I thought I saw, out of the corner of my eye, the phrases “Lake Street” and “Bike Friendly” on the same banner. If you’ve ever seen Lake St., you’ll be able to imagine my incredulity. I grabbed my camera and went back, and sure enough, there it was: 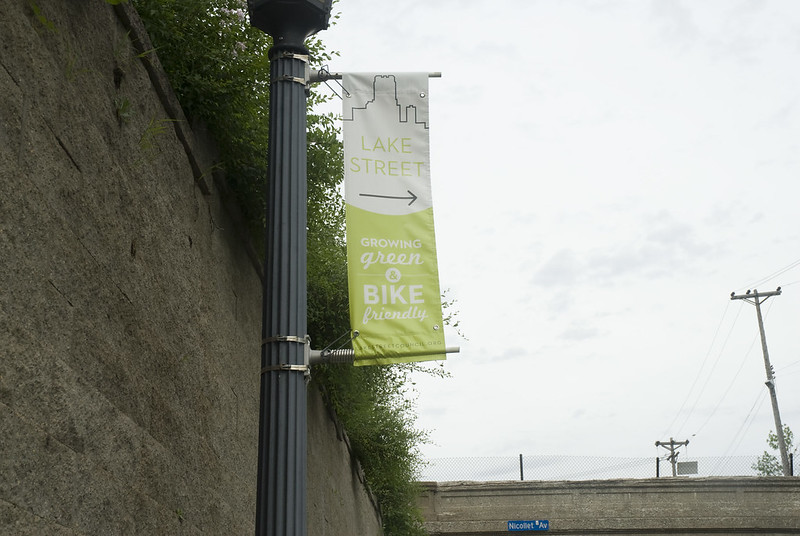 The banner was put up by the Lake Street Council. It says “GROWING green & BIKE friendly,” so I guess depending on how generously you parse the syntax, bike friendly could be interpreted as an aspiration rather than a stated fact.

Most of Lake St. was rebuilt between 2005 and 2009. I wasn’t living here then, and I wasn’t able to find much information about the Lake Street Council’s contributions or attitude toward the plan at the time, other than this copy of the Lake Line, the Lake Street Council’s newsletter, from Spring 2005, which effuses, “At last — the big day is finally set! Monday, May 16 is the date set for the start of the long-awaited, much-needed Lake Street Reconstruction and Streetscaping Project.”

Here’s a picture of Lake and Bryant before the reconstruction (2005): 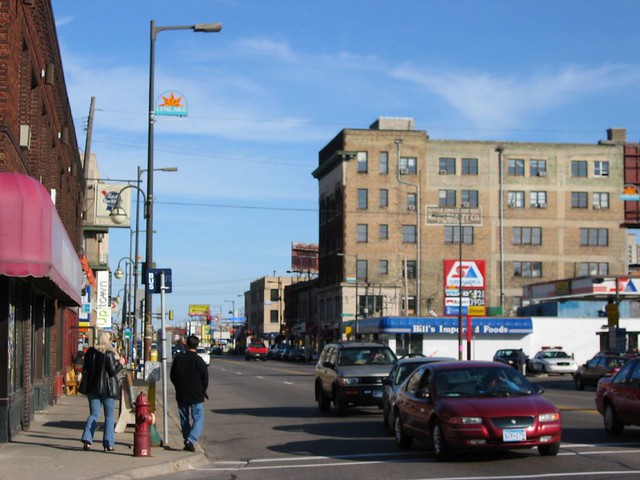 Here’s a picture of Lake and Bryant after the reconstruction (2011, Google): 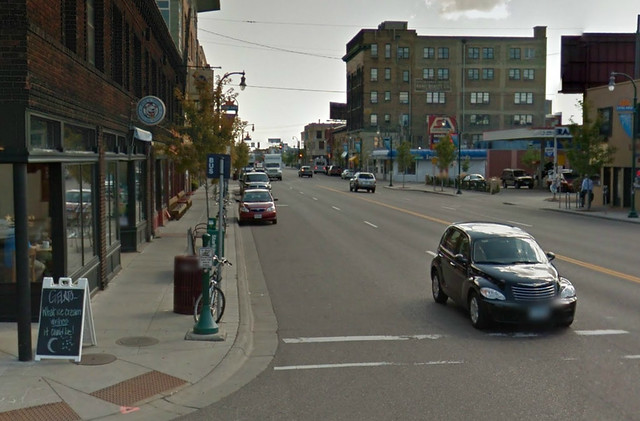 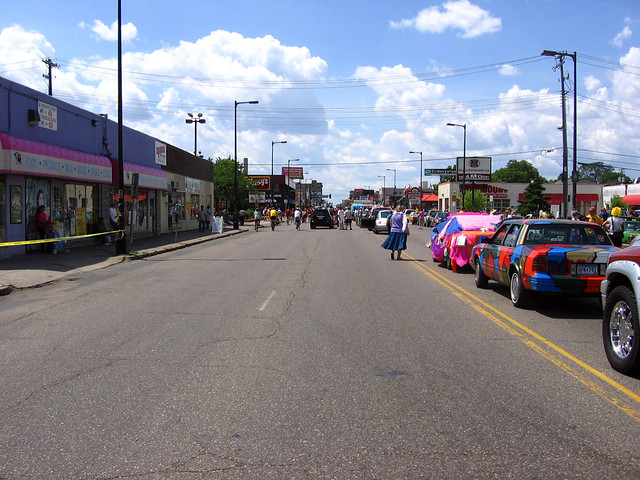 Here’s the Google streetview from 2011: 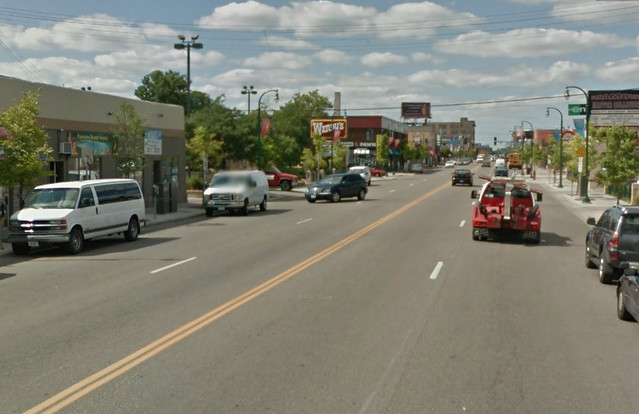 Notice any difference? Me neither, because pretty much all they did was repave the street with the same four car lanes. I’m sure the Lake Street Council is staffed by good people with good intentions, but you don’t get to be in favor of a complete reconstruction project that maintains the car-centric style of the street for another 40 years, and then put up a banner that says you’re going green and bike friendly a couple years later. It might seem trivial, and it is, but this type of public relations mendacity is a pet peeve of mine, so I care a lot.

25 thoughts on “Why I’m Annoyed by this Banner”