Mahtowa, Minnesota (near Barnum, in Carlton County) (map) is probably the smallest town profiled in this series. My visit was an accidental stop from up north to down south.

Mahtowa is notable for TJ’s Country Corner, which is a thriving corner store and sausage purveyor on Old Highway 61. TJ’s claims to have the best tasting sausage on earth, or anywhere else. As Carl Sagan often said, “Extraordinary claims require extraordinary evidence”. This claim I cannot verify, though it tasted good. Their wurst hearse is a notable, and risqué, piece of roadside Americana. 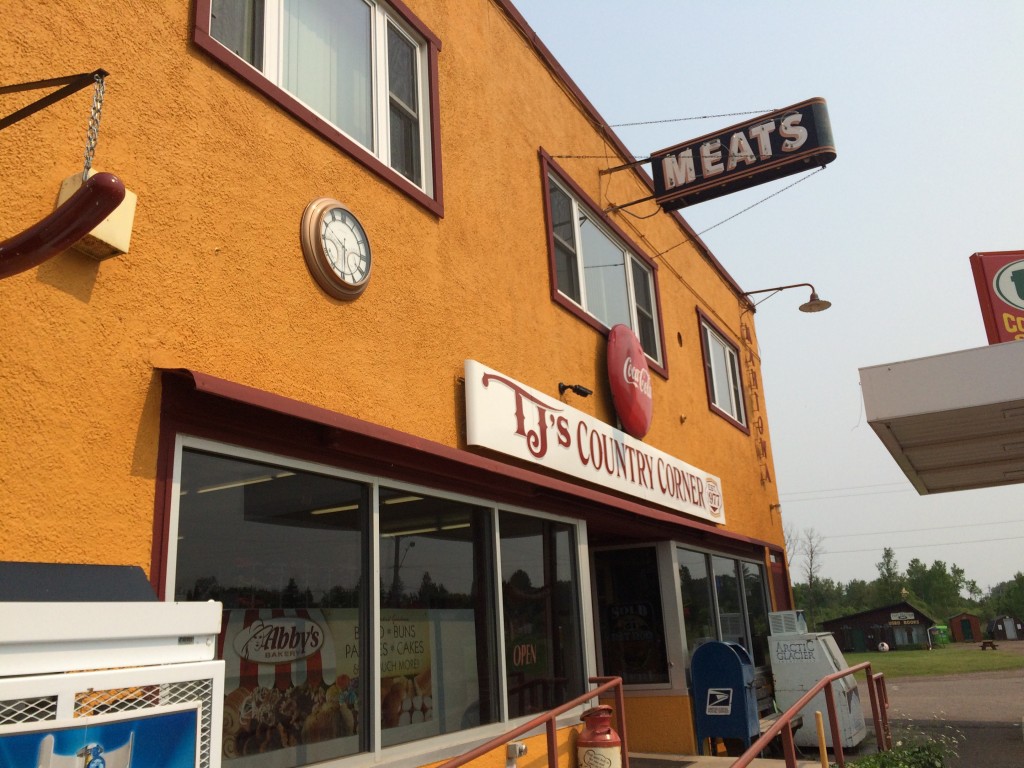 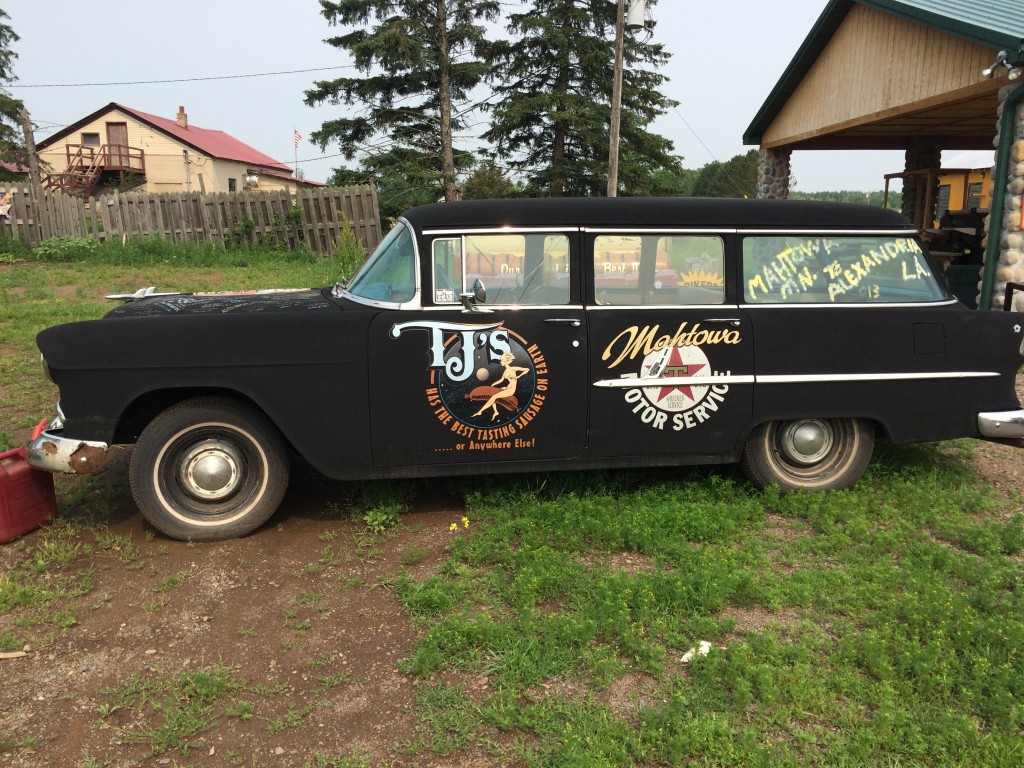 The age of the store can be roughly determined by its location on Old Highway 61. 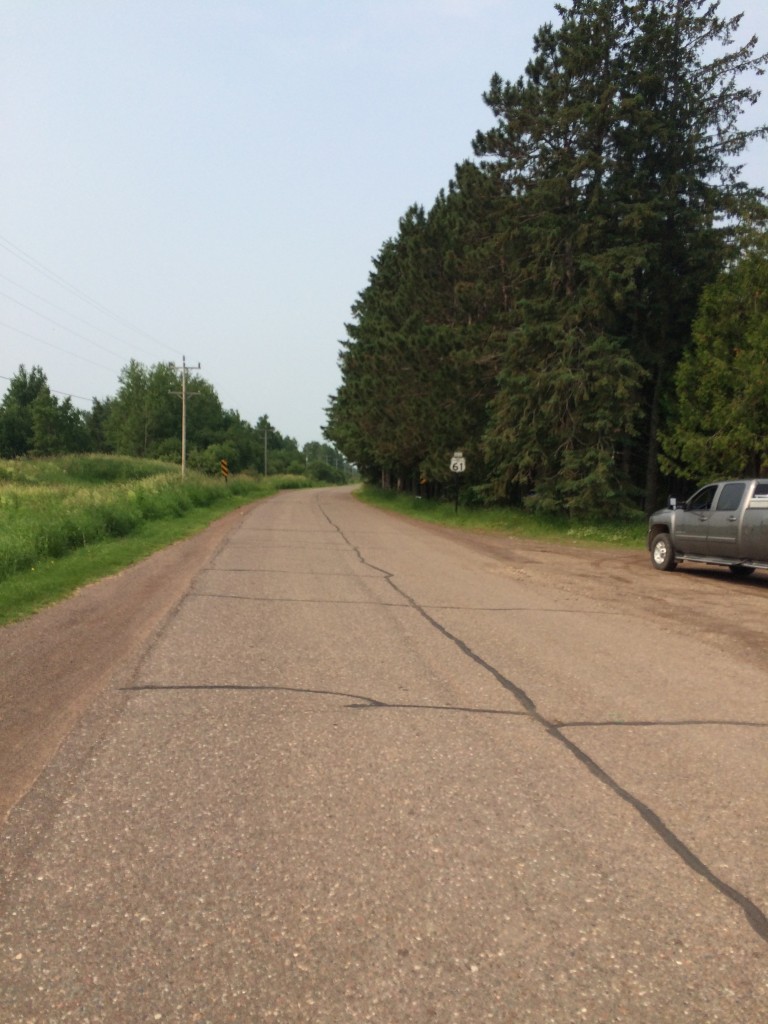 Old Highway 61 was replaced by new US Highway 61. US 61 was downgraded in this region at some point to Minnesota 61. Though it still runs more or less continuously, Highway 61 has been functionally replaced, I-35W now serves the corridor from Duluth to St. Paul.

The now discontinuous Old Highway 61 paralleled the St. Paul and Duluth Railroad whose abandoned tracks have been converted to the Willard Munger State Trail and a local playground. 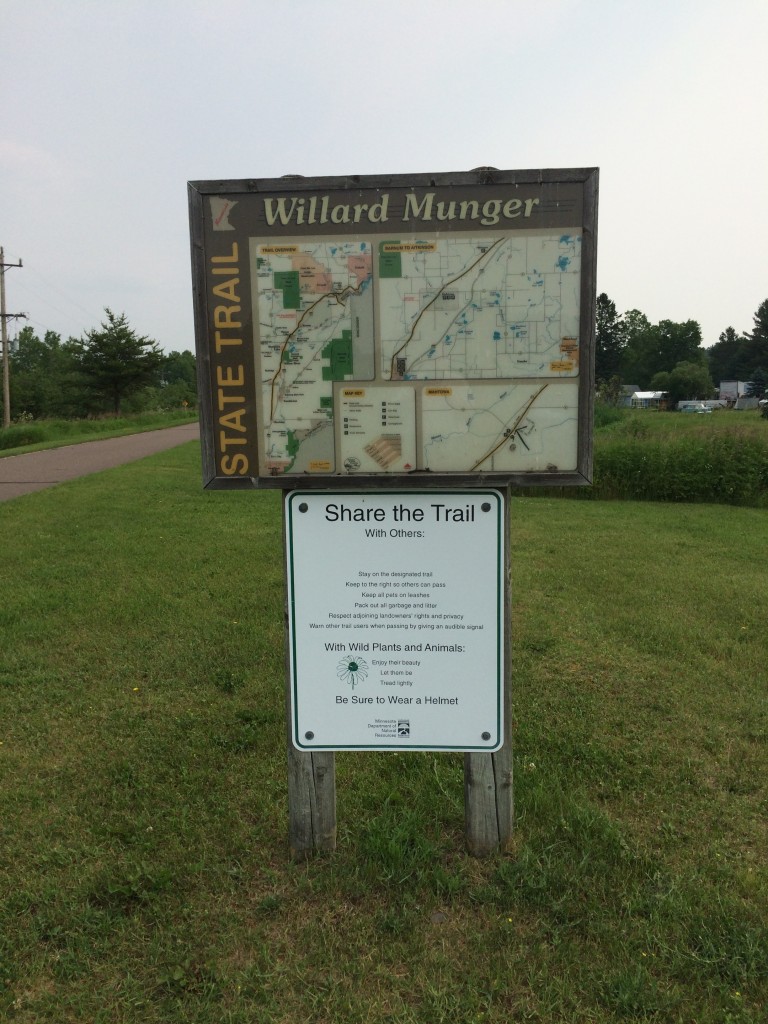 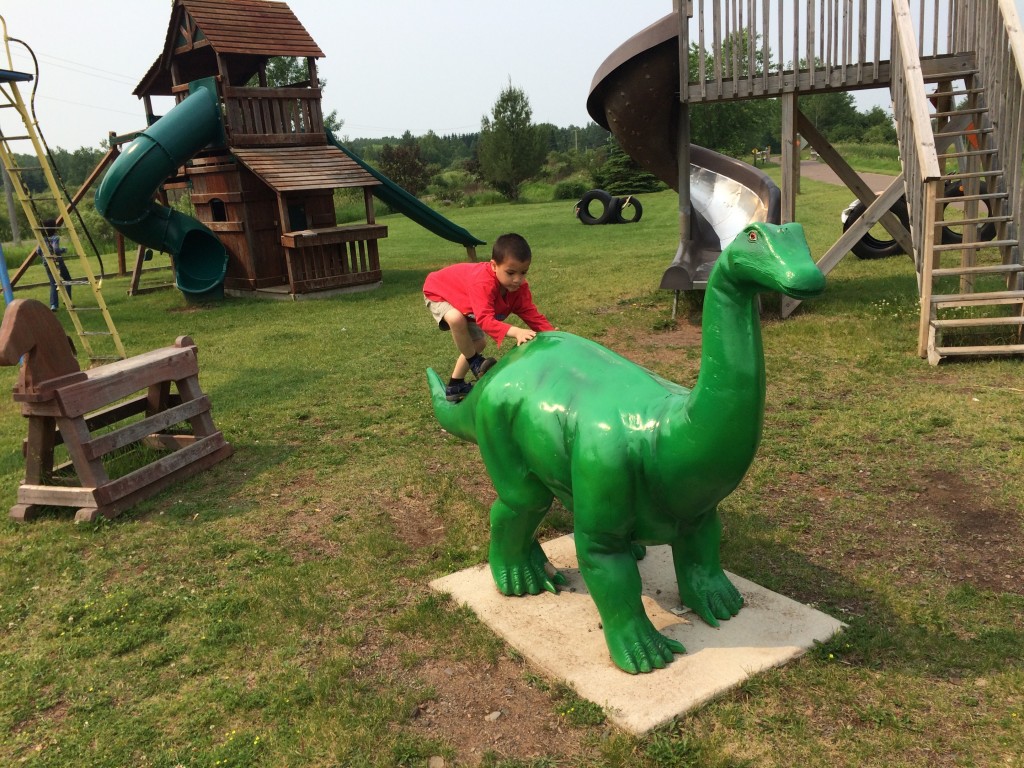 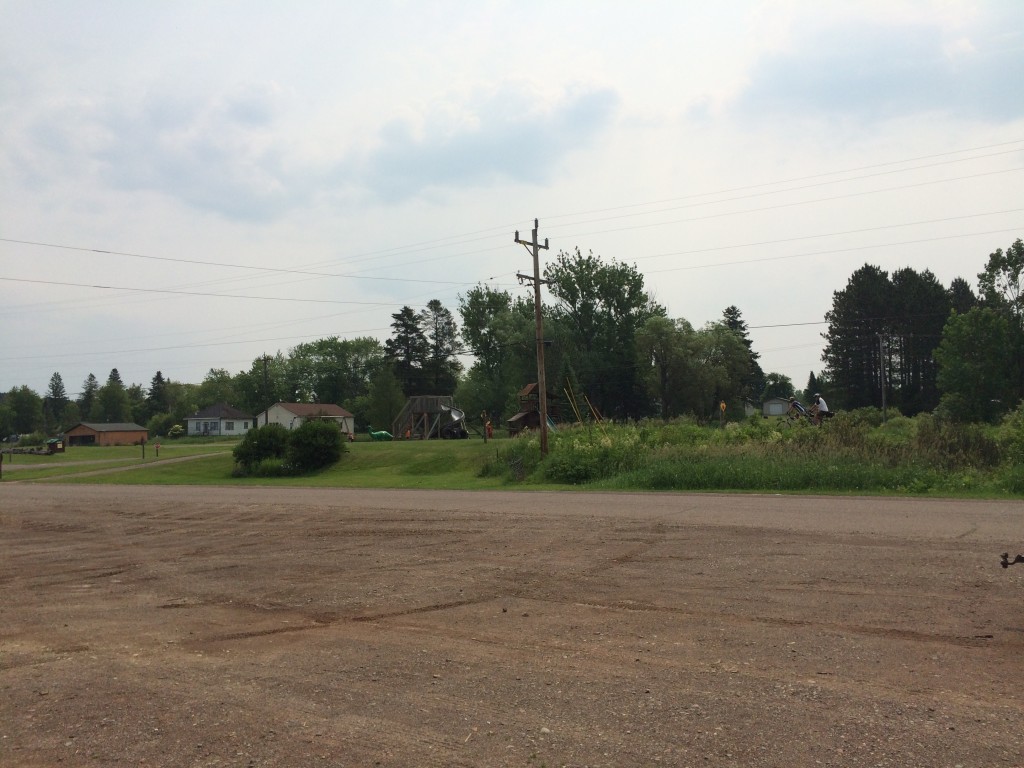 The main part of the town (on the other side of the “tracks” from Old Highway 61) has the smallest regular street grid I have seen. There are six streets (five of which are unpaved), 3 east-west and 3 north-south). The East West Avenues are North, Central, and South. The North South Streets are numbered from 1st to 3rd. Even Jesse Ventura could navigate this.

Aside from the Country Corner, there is a small bookstore and some very small churches serving the surrounding countryside.