A key bike route in the east metro that has been closed for construction for the past two years was finally reopened this week. The Sam Morgan Regional Trail, which follows the northern/eastern banks of the Mississippi River through Saint Paul, is sandwiched between Shepard/Warner Road and the river. The trail was closed while Ramsey County was reconstructing the bridge over the railroad tracks at Childs Road. It’s been a major inconvenience for bicyclists on the east side of Saint Paul, not just because of how long it has been closed, but because there hasn’t been a great detour route to help people get around.

The Warner/Childs interchange has been a weak point in the Sam Morgan Regional Trail ever since it was first constructed. The previous design required the trail to cross what were essentially freeway ramps at both ends of the bridge. These uncomfortable crossings had poor sight lines and traffic was moving at freeway speeds.

The new design is a vast improvement as both of these crossings have been grade separated. The new design also features new lighting, additional trail width, improved aesthetics, and improved crash barriers between the high-speed traffic and the trail.

I happened to be out that direction today riding a bicycle with my kids and thought streets.readers might appreciate a few pics of the more-or-less finished product. Here’s a series of pics of the new bridge as you bike from east to west. 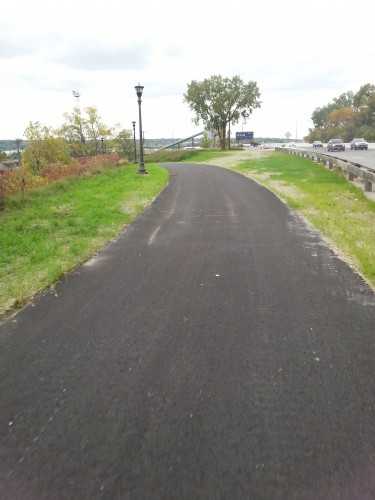 Trail swings to the south to introduce additional separation between Warner Road and the trail. 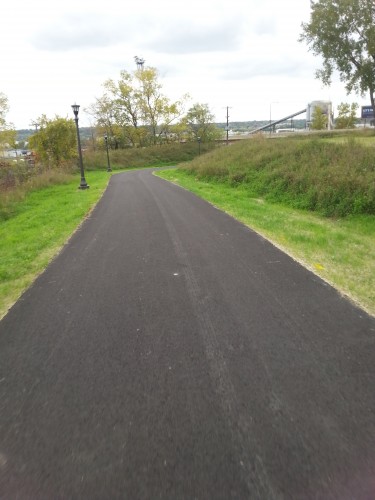 Trail drops in elevation and curves back north to go underneath one of the Childs Road ramps. New lighting is visible. 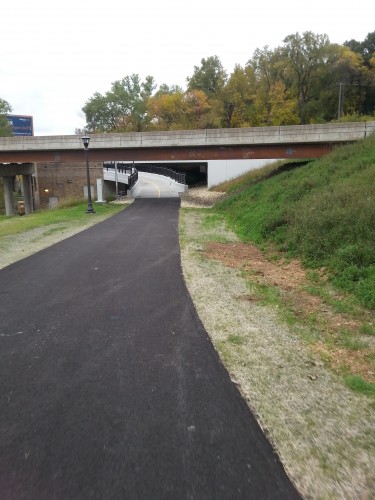 The trail goes underneath the eastbound Warner Road ramp. The bridge structure begins under the ramp. 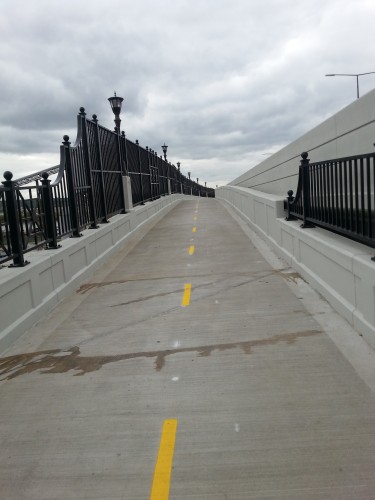 The bridge structure itself is a generous width. The railings are very tall where the structure passes over the railroad. 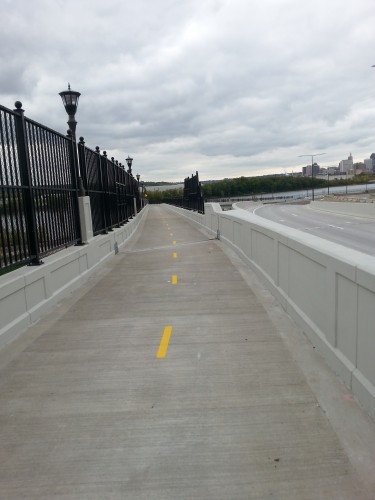 As Warner Rd curves north, the trail curves south and passes above the old ramp it used to cross at-grade. 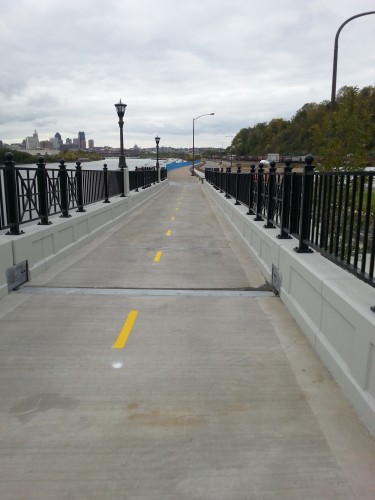 At the western end of the bridge, the trail matches into the existing trail along the river bank. shorter railings and lighting is visible.

Have you had a chance to try out the new bridge yet? Try it. You might like it.