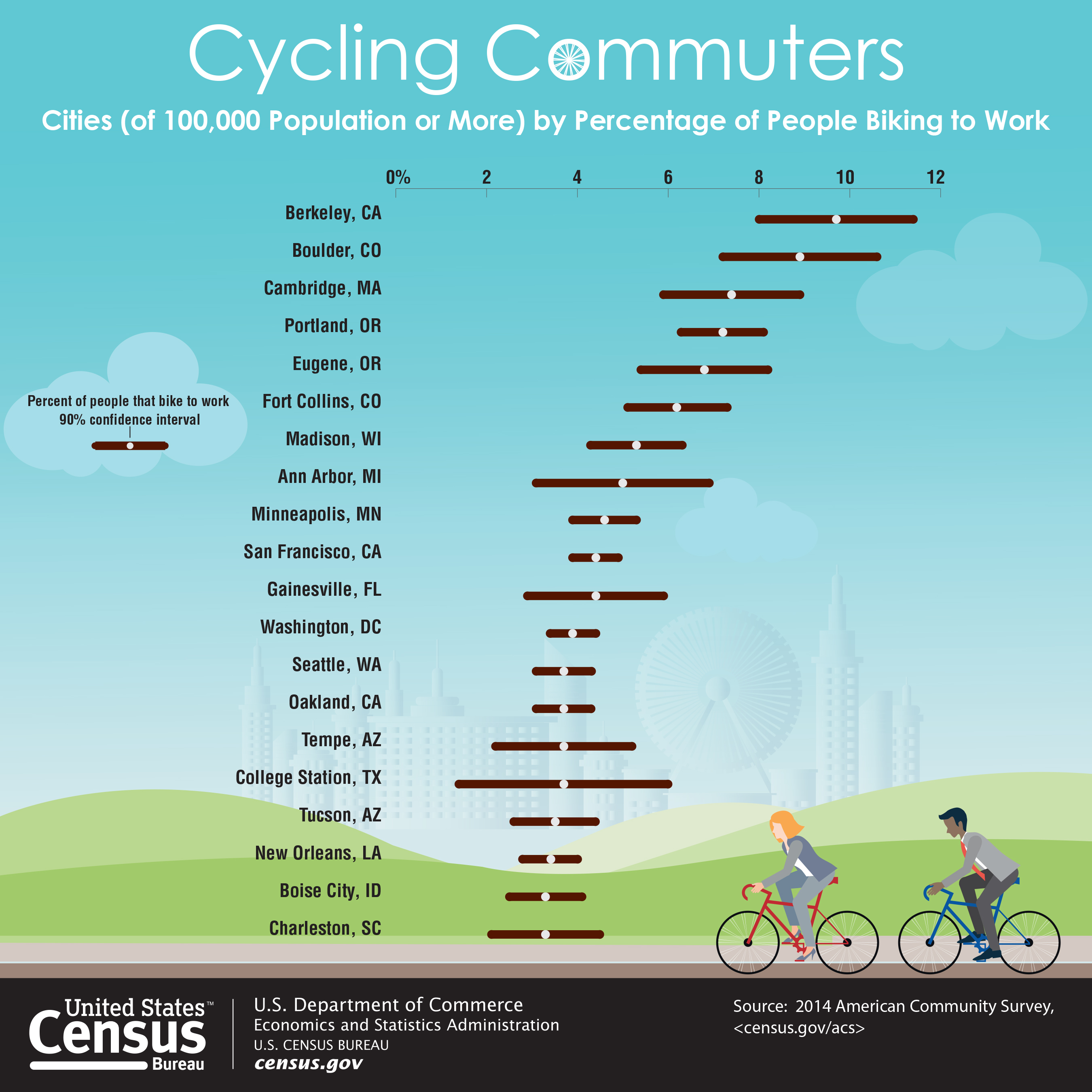 US Census: Percentage of people commuting to work by bike, for US cities with population greater than 100,000 persons. Credit: US Census Bureau.

6 thoughts on “Chart of the Day: US Cities by Percent of Population Biking to Work”