Last October, Transportation for America (T4A) and Sidewalk Labs unveiled a collaborative project where 16 cities would work together to confront urban mobility and advance the idea of smart cities. Some of the cities involved, such as Seattle, San Francisco, and Denver, have long been recognized as leaders in smart city initiatives. Minneapolis-St. Paul also made the list as for this particular project, which raises the question of what exactly Minnesota’s busiest urban area will look like (and how it will operate) in the coming years. 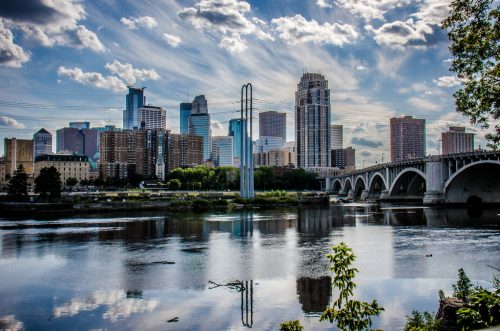 The first part of answering that question is determining what we mean when we talk about “smart cities” and urban mobility in the latter half of this decade. For the most part, the concept of modern smart cities is that of an urban environment infused with Internet of Things built on a combination of telematics and stationary sensors. Telematics is defined as the integrated use of computers and mobile technologies for the management of vehicles and other assets, whereas stationary sensors can be placed virtually anywhere in a city, and for any purpose. These technologies are meant to work seamlessly together to gather data, assist people in transit however possible, and automatically manage aspects of a city’s environment such as lighting and traffic direction.

It’s difficult to say to what extent these ideas will be implemented in the Minneapolis-St. Paul area, or when the transformation will start to become particularly noticeable. It’s worth noting that even before the T4A/Sidewalk Labs initiative was unveiled, the city had released an application to the Smart City Challenge. This was a sort of nationwide contest among mid-size cities, held by the Department of Transportation and aimed at improving transportation in urban environments. The application shows a thorough plan to embrace technology as a means of improving safety, enhancing mobility, and combating climate change. Even though Minneapolis-St. Paul was not ultimately named a finalist of the Challenge, some aspects of the transition that was outlined are sure to be put in place anyway.

Even back in 2014 it was noted that the city was using data and analytics to improve the efficiency of its operations, in a fairly early move toward what we now think of as a “smart city.” The analytics were meant to paint a clearer picture of everything from crime fighting, to city departments, to mobility, all with an aim toward finding more efficient ways to do things. 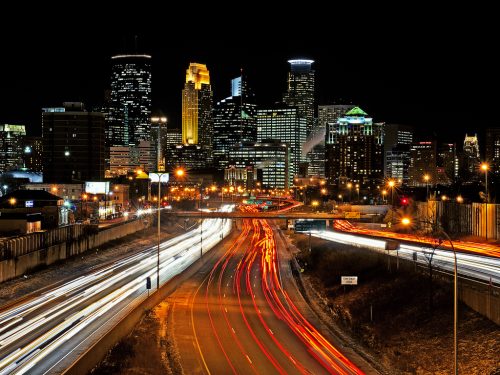 But as for what Minneapolis-St. Paul will look like in the near future, as smart city initiatives are put into play and begin to achieve results, we should expect increasing convenience and efficiency across the board. The modern smart city is designed to have safe and reactive traffic conditions, catering to the moment rather than to pre-established patterns. Public transit will become more available as driverless technology blends with ride-sharing and public transportation programs. Lighting will reflect population density, in that areas in which no one is spending time won’t need to be lit. Finally, sensors all over a city will be able to communicate data to visitors and residents alike—about traffic, the weather, whether or not a given area is crowded, or even what’s going on around the city.

These changes will come about gradually, but Minneapolis and St. Paul should be among the handful of cities across the nation that helps to lead the “smart city” revolution.