Want to ride the newest form of bus transportation available in the Twin Cities?

Want to see a rail validation on your Go-To card transaction history from a bus stop?

Want to hear more about #carbucks?

Want to hear from Katie Roth, manager of aBRT for Metro Transit, about bus rapid transit?

Then streets.mn has the event for you!

On Sunday, April 15, streets.mn will be hosting an event to ride the A Line, the first of the arterial BRT lines in the Twin Cities. Open since 2016, the A Line has increased ridership on the Snelling Ave. corridor by over a third. Experience it for yourself! 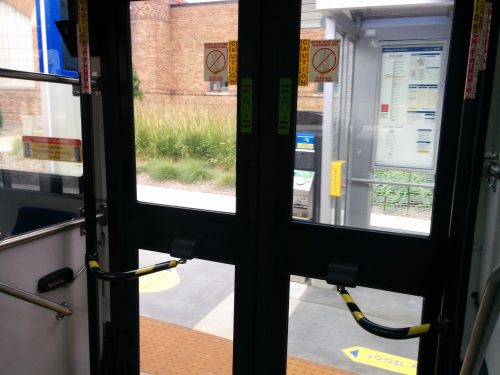 On the A Line, you can enter and exit from both doors!

We’ll start at 2:00 PM from 46th St. Station, where the Blue Line connects with the A Line. We’ll take a short ride to Ford and Woodlawn for a conversation with Tom Basgen of Sustain Ward 3, talking about current transit infrastructure in Highland, the Ford Site development, and what that will mean for transportation in the area.

We’ll then continue our northward journey to Snelling and Dayton, where we can see #carbucks for ourselves! Conversation at the stop will revolve around the bike lanes in the area, traffic problems from the Starbucks drive through, and other observations in the area.

After finishing our time at #carbucks just after 3 PM, we’ll make our way to the northern terminus of the line, Rosedale Transit Center. Here we’ll observe transit infrastructure at Rosedale, stretch out our legs, and take a break. (There will be enough time to go into the mall to use the restroom as needed.) 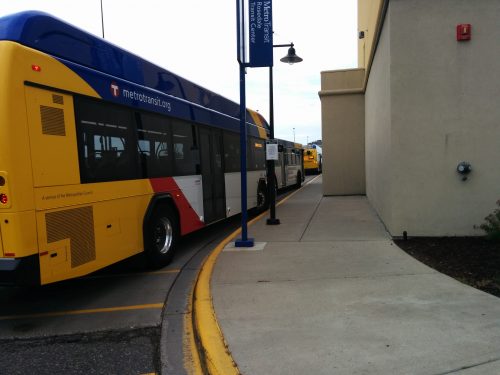 Watch buses stack up at Rosedale! (Although they probably won’t stack up on a Sunday. But they might!)

Our bus adventure concludes with a full-length southbound run on the 3:52 PM departure of the southbound A Line to 46th St. Station. Upon arrival at 46th St. Station at 4:30 PM, we’ll head over to Venn Brewing to enjoy some Parkway Pizza (included!) and Venn Brewing brew (not included, but well worth the price!) Katie Roth, the manager for aBRT for Metro Transit, will talk about the success of the A Line and lessons learned for future aBRT developments. While official programming will end at 5:00 PM, Venn Brewing is open until 9:00 PM for people to converse further.

Hope to see you there!