The forces of the housing status quo are sharpening their knives in advance of the release of Minneapolis 2040 Draft 2. As we begin a new chapter in this never-ending conversation, let’s go back to the basics.

First, you should know that the current zoning code in Minneapolis basically allows one of two things:

We’re missing all those homes in the middle (“the Missing Middle”). That’s why the battle over fourplexes is relevant. Fourplexes are the homes we used to build, but don’t anymore because we made it illegal nearly everywhere. People still live in them. (Some say it’s an alternative lifestyle, as documented by the Star Tribune.)

The small apartment building is the least expensive modern home that human-kind knows how to build, but we’ve banned them in the vast majority of neighborhoods in Minneapolis. The same bans apply across the region. Why have we banned these homes? Here’s a special episode showing how Richfield homeowners talk about apartments and renters. These sentiments are not unique to Richfield.

Statistics from the Metropolitan Council show that the region has lost a net total of 1,314 duplex/triplex/fourplex units over the last 11 years. Since 1990, Minneapolis has lost just over 6,000 units in that category. At a time when we should be adding lots of new places for people to live, it’s the only major category of home — the most affordable category! — that’s getting smaller over time. 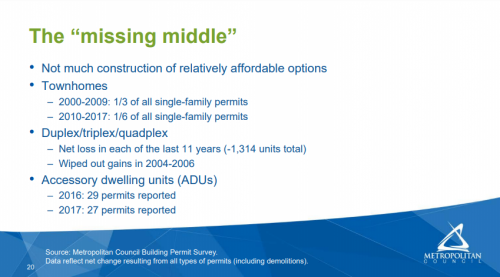 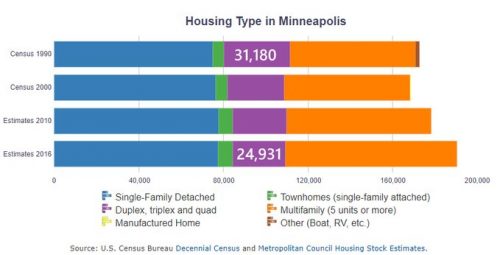 We have a responsibility to attack our housing problems from all directions. We can make more housing legal. We can bring down the cost of new housing to serve more people at more income levels. We can increase funding for deeply affordable housing for people who need it the most. We can offer more renter protections and support from the city, in order to further tilt the balance of power from landlords to renters. We can choose to do all these things.

Minneapolis and the region have added more people than homes over the last decade. This shortage matters for everyone who’s affected by the cost of housing. If we don’t address this massive shortage, we will forever be playing a game of musical chairs where certain people are destined to lose. Here’s a chart demonstrating how far we’re falling behind regionally: 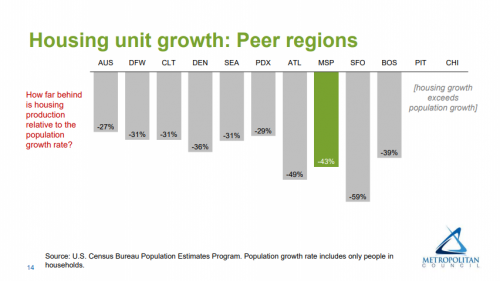 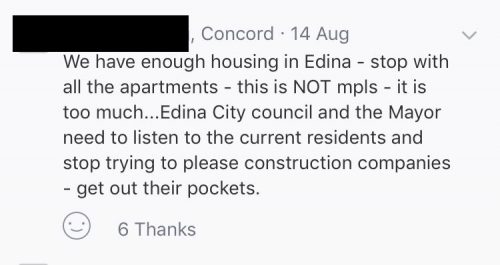 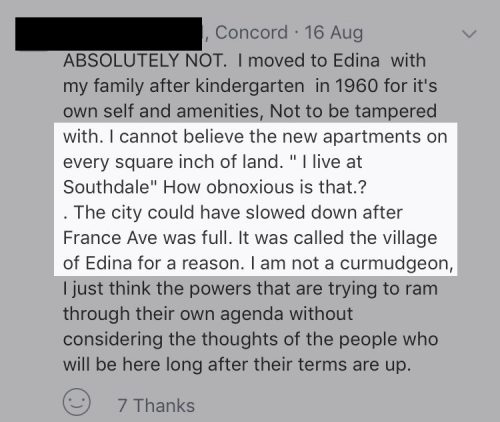 I don’t point out these comments because they’re remarkable, but because they’re everywhere. And the question we need to ask these people is: where is everyone going to live? If the answer is not near you, then near who?

These concerns are not special. There are factions of people in every neighborhood, in every online forum, in every planning meeting, in every part of the region — and all across the country — who say and believe all the same things about preserving nebulous ideas of neighborhood character. But something has to give. We keep making the choice to prioritize the comfort of the already comfortable.

10 thoughts on “Where is Everyone Going to Live?”