If you’ve ever been to Uptown’s The Mall, you might not have realized it’s a park administered by the Minneapolis Park and Recreation Board. It can feel more like a nicely landscaped parking lot with a generous grassy median. The drive-able portion of The Mall seems to serve the function of letting drivers hunt for parking. According to Google Maps, if you drove all 0.6 miles of this street-to-nowhere looking for a place to park, it would take you four minutes (without traffic). That’s a lot of space that could be used as a grassy area for people to socialize and entertain.

But why would anyone call a park a “Mall”?

In the 17th and 18th centuries, ‘mall’ referred to a place where people would gather to play pall-mall, a croquet-like game. The games were social gatherings, and the term gradually transformed to mean any grassy area where people could gather to socialize and entertain.

The Minneapolis Park Board administers a lovely tree-lined parking lot in Uptown.

When The Mall was acquired by the Park Board in 1912, it was known as “Twenty-Ninth Street Boulevard” and it was open to traffic at Hennepin Avenue. The Park Board’s history of The Mall says the intersection with Hennepin was closed to cars in 1981 (though satellite imagery from 1983 shows the intersection was open). A decades-old decision to close this street to Uptown traffic made today’s Mall a more pleasant place to be. Recent events suggest that if you tried to do that today, some folks would be livid. 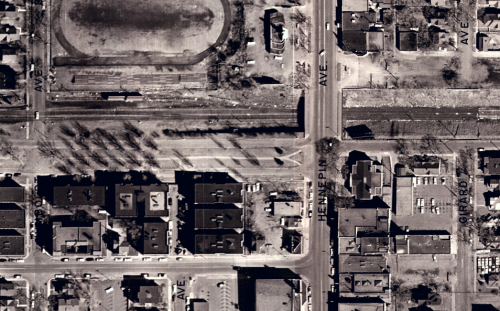 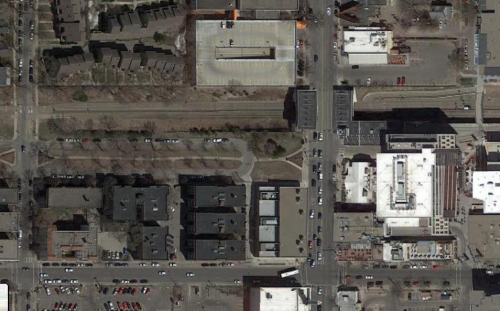 Today The Mall is closed to cars at Hennepin Avenue.

Right now in 2019, the Park Board’s Community Advisory Committee is considering an option to take some of this parking lot and make it a grassy multi-use field, passive green space, and sand volleyball court/s. I need to preemptively mention that the only time I’ve ever played volleyball is against my will during gym class. But I do really like the idea that The Mall could be devoted to a bunch of different things that aren’t parking.

On Tuesday, I was at an unusually tense neighborhood association meeting where 15 people showed up to speak against this idea. Some were convinced that volleyballers are loud, drunk, and just generally a menace to society. A few expressed the opinion that these park amenities weren’t worth it because they’d only be useful for a few months of the year. One suggested that volleyball advocates had been “paid off by developers.” Many had been given the wrong impression — in a paid advertisement from the city-funded East Isles Residents Association — that trees would be removed. 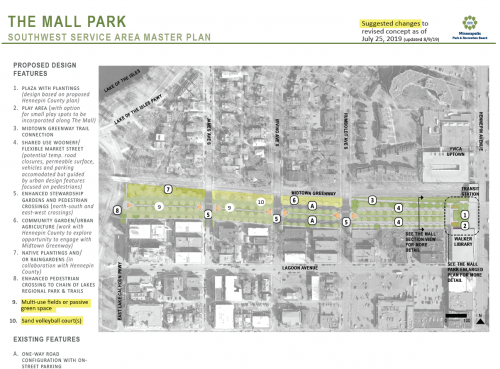 If you guessed that some were unhappy about losing car parking, you’d be right. Someone sent me a series of mean tweets saying their cause was about saving the planet, which is weird because this really is a choice between having the Park Board continue to administer a lovely tree-lined parking lot — or allowing some of this parkland to be converted into a real park.

There’s another key detail that people are missing (I was astonished when I heard it on Tuesday night). The plan for this park likely won’t be implemented for another 10 years. This is because of a scoring matrix that prioritizes park funding based on racial and economic equity. The neighborhood where The Mall is located, East Isles, is far down the list of priorities.

Park Board guy says East Isles is at the bottom of the equity matrix so the soonest this plan would be implemented is ten years from now. 😂

This is a plan for the year 2030. Many of us will have moved on by then — either geographically or euphemistically. So even if you don’t like the idea of turning a parking lot into a park, and even if you’re not assuaged by the fact that the trees will remain and green space will be added — can we be aspirational when thinking about the quality of the parks we want for Minneapolis a decade from now?

If you’re interested in parks, parking lots, or full court basketball at Mueller Park, you can do these things: