Even the narrowest of Twin Cities streets are pretty wide. With few exceptions, streets in Minneapolis and St. Paul tend to range in width from 30 to 60 feet, curb to curb. Including sidewalks and boulevards, the width stretches to a ballpark range of 40 to 70 feet. Streets get even wider when you move into the “stroad” territory of suburban and semi-rural commercial strips. An average neighborhood street in Minneapolis may not seem wide in the context of an average American city, but compared to the “really narrow streets” of traditional cities in Europe and Asia they are gigantic:

Paris has its share of wide streets, but they are complemented by really narrow streets like this one.

Some pre-19th century American cities such as Philadelphia have examples of really narrow streets. This one is in a residential setting.

While there are few exceptions in Minneapolis to the general rule that streets must be wide, the exceptions tend to be comparatively nice places and offer a welcome change from the average wide street: 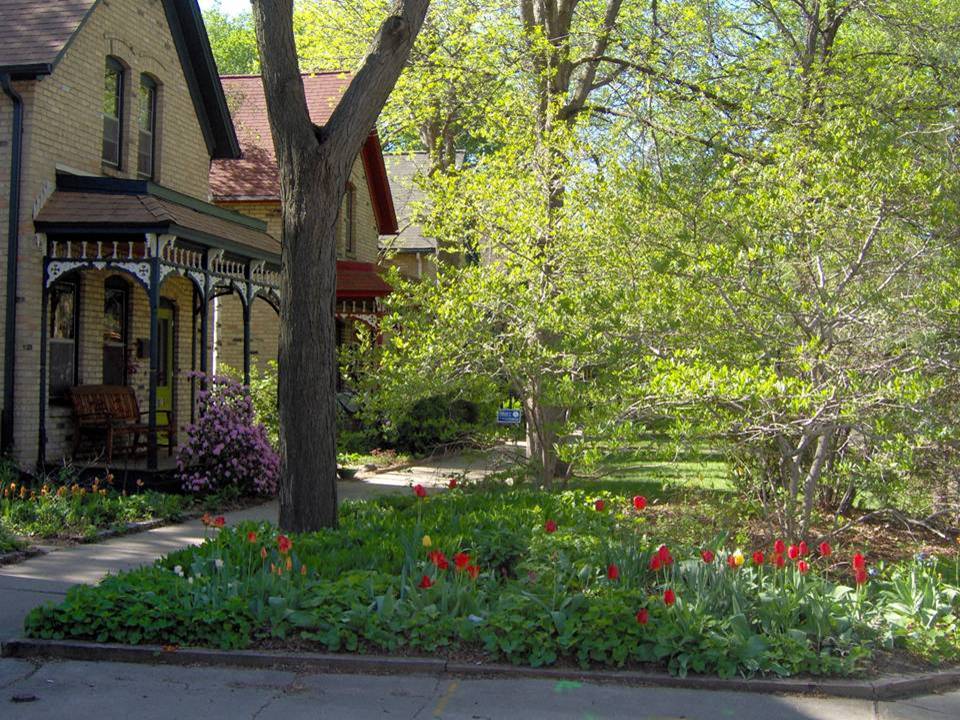 Milwaukee Ave in Minneapolis is very narrow, as well as out-of-bounds to motorized vehicles. I defy you to walk down this street and not wish it was longer than a few blocks or a more commonly implemented design! 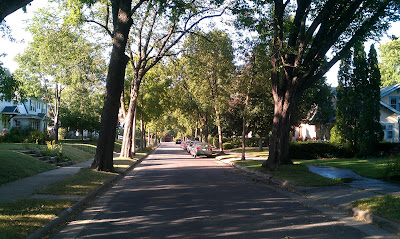 This two-block stretch of 48th Avenue in South Minneapolis is comparatively narrow. Nothing too special, but it could be a good model for many low-traffic residential streets in Minnesota that could very easily be narrower and still adequately meet their traffic and parking loads.

Why might we want more really narrow streets? Many reasons. First and foremost, they are great places to be, to experience life, and to generally appreciate being a human being living in a city. Our cities need to accommodate motor vehicles, but wouldn’t it be nice to have some streets designed in scale to you, a person, rather than to your vehicle? The vast majority of our streets are wide; why not make more narrow streets to provide that choice of an environment to shop, live, or simply pass through to those who want it.

Fiscal and environmental benefits are also good reasons. As David pointed out, transportation infrastructure is expensive. With more narrow streets, we could reduce the amount of money spent on paving, maintaining, and plowing our streets while at the same time physically expanding the property tax base (which could be a boon to a 100% built-out city such as Minneapolis). Less land devoted to pavement would mean more land devoted either to green space or to buildings, the former having environmental benefits to water stewardship by reducing storm water runoff, the latter increasing built density, which has associated benefits in areas such as vehicle miles traveled and transit ridership.

A few urbanist bloggers have explored strategies to implement narrow streets in a wide-streets built environment context. One idea is to actually reconstruct existing streets to be narrower. A challenge with that strategy is that existing buildings are usually already setback from the existing wide street, meaning that they would be even farther from the street if the roadbed was made narrower; the resulting effect could be a space that feels vast and desolate–not really the goal we have in mind when talking about narrow streets. Another idea is to simply implement narrow streets whenever large scale redevelopment projects occur in either greenfields or large vacant sites such as parking lots or former industrial land. Such projects could connect to existing network of wide streets, but have their own internal network of narrow streets.

Could it be done in Minnesota? Well, it already has been done, if only for a very short stretch in Minneapolis near Loring Park:

This alley-like street near Loring Park in Minneapolis is possibly the closest thing in the Twin Cities to a European-style really narrow street. It can accommodate vehicles if necessary (such as for deliveries), but is oriented to people. Too bad its only a half-block long.

Have any other examples of narrow streets in Minnesota? Post ’em in the comments!