The recent debate over the ban on cell phones in cars points to the intractable pull that automobiles have on our everyday lives. On this site, and in urbanism cirlces more generally, the car is (justifiably) the target of a lot of criticism. As we think about how to redesign cities, and what we can do to create better places for everyone to live, how we deal with the needs of the automobile must be at the center of the conversation. The majority of US built environment was built in the ‘auto era’, post World War Two. (As Alex has recently pointed out, this is true even for Minneapolis proper!) Fixing our cities, particularly those streets that were designed or re-designed in this era, means re-thinking the role that cars play in our lives.

The idea of “automobility” is a recent term in the social sciences to describe how cars serve not just as a means of transportation, but as a technology deeply embedded within our everyday lives. Or, as well known British sociologist John Urry puts it (in what is a fine specimen of academic jargon):

The system of automobility can be conceptualized as a self-organizing autopoietic good, a nonlinear system that spreads world-wide, and includes cars, car-drivers, roads, petroleum supplies and many novel objects, technologies and signs. (27)

My point is that cars work on us in ways we don’t normally expect, in ways of which we’re not even fully aware. For example, Mimi Sheller, a sociologist at Drexel University (and one of my favorite automobile academics), describes three unexpected ways that cars work on our bodies and our social relationships…

The feeling of sinking into the driver’s seat is familiar to all of us. Cars are ergonomically designed to surround your body in very particular ways. Their surfaces – the leather, the dashboard, the feeling of the steering wheel in your hands, the feeling of the your foot on the gas pedal — touch us and become extensions of our bodies. My first (and only) car was an old BMW with rear wheel drive, and I can still remember how the transmission hump used to feel next to my leg as the engine started to rev, warm and vibratory. I can vividly remember sitting there, the way the orange dashboard glowed in the night. I can still vividly recall, years later, the touch of the steering wheel.

The point isn’t to tell you all about my old car, but rather to suggest how deeply we feel our cars as we drive them. The fact that I still have dreams about that car, even now, more than seven years after it conked out on me, reveals something important. (Paging Dr. Freud: in my dreams, the brakes are always just on the edge of failure.)

Driving is an incredibly immersive experience, akin to a ‘virtual reality.’ Sitting in the drivers seat, our hands move automatically to the turn signal, or down to the stick shift, or over to the radio knob before we even begin to consciously think about it. The car isn’t something we only drive, its something that surrounds us completely.

(Then there the whole sexual angle, which shouldn’t be underestimated, and which JG Ballard has admirably covered.)

#2 The need for speed

When we drive, we’re really getting somewhere. Think of the adjectives: “driven”, “a mover”, or that s/he is really “going places.” Movement is an end in and of itself.

Sheller describes how very early in their lives children can be seen to respond to moving in a car. The cross country road trip offers to the family the idea of going somewhere, but for many, its simply the act of driving itself that is the vacation. If you don’t believe me, ask any dog who’s ever stuck their head out the window.

An illustration of the new automotive architectural style, from Learning from Las Vegas.

We get used to a feeling of speed, of having the world blur our peripheries. Back in 1970, a team of architects led by Robert Venturi linked this this kind of perception to a change in urban architecture, to the growth of the “strip” style billboard-laden neon-sign landscapes that dominate places like Las Vegas. Why design a building with detailed ornamentation if nobody is moving slowly enough to notice it?

As the simple act of moving quickly through space becomes normalized, we begin to lose the ability to sit still. We become intoxicated by speed, by distance. Concepts such as the “staycation” have to be invented in order to translate what should be the simple pleasure of remaining in palce into the language of speed. Here’s another quote from Urry:

Automobility is thus a system that coerces people into an intense flexibility. It forces people to juggle fragments of time so as to deal with the temporal and spatial constraints that it itself generates. Automobility is a Frankenstein-created monster, extending the individual into realms of freedom and flexibility whereby inhabiting the car can be positively viewed and energetically campaigned and fought for, but also constraining car ‘users’ to live their lives in spatially stretched and time-compressed ways. (28)

This basically means that we start to think about our daily lives – where we can go, what we can do, what we consider to be possible – in terms of speed and convenience for the car. (This is one of the reasons why people obsess so deeply and personally about parking spots.)

The idea of speed, the idea of distance, and the notion that we are entitled to move quickly and easily through vast urban spaces defines our mental map of the city. “Suburbanizing” our older parts of the city is a hopeless process, because without incredibly destructive re-alignment, we can never hope to transform our older cities into places that map easily onto these kinds of desires. The need for speed runs deep. 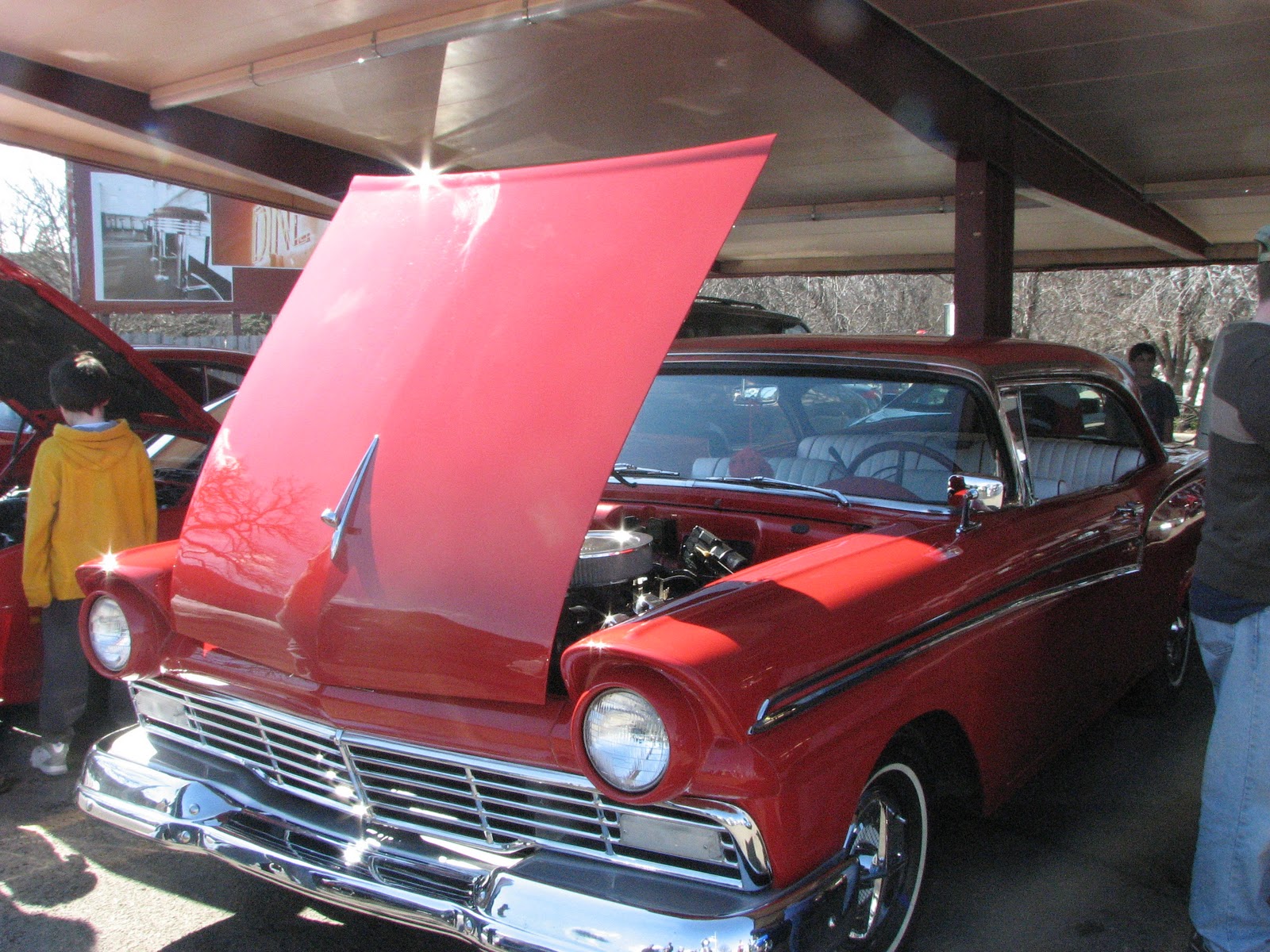 A car parked at the late Porky's Drive-In, St Paul.

This one is a bit more obvious, but is so important that needs to be stated again. Cars form relationships. They bring people together.

Picture a vintage car show, two guys working on their car in a back alley garage. Picture Porky’s on a Saturday night, a lowrider at the Cinqo de Mayo parade, the annual convention center car show hoopla, anything happening at the Elko Speedway, or a car wash fundraiser for a girl scout troop. Cars are an object of conversation and an object of envy. “Click and Clack’s” Car Talk is still the #1, and most expensive, program on MPR.

The point of all this is to suggest that changing our society, and re-thinking our cities beyond the automobile is easier said than done. The automobile has become such a deep part of our everyday lives that it will be very difficult to unhinge. It will take more than high gas prices or a desire for active living to get people out of their seat belts. The car holds us in ways that we’re not fully aware. It will require some profound shifts in behavior, and a positive vision of the alternatives.

We can’t simply talk about why cars are bad for us, or wasteful, or bad for the environment. We need to figure out how to discuss and embrace the positive aspects of car-curtailed urbanism. We need to match the powerful, visceral, and mundane hold of the car with an ethic of the city: the joy of a stroll, the pleasure of public spaces, the local allure of third places. Only then can cities begin to undermine the culture of automobility.