This post was co-authored by J. Schoner, A. Harrison, and X. Wang. It is cross-posted on streets.mn and networkdistance.posterous.com.

To no small amount of clamor among the non-motorized community in the Twin Cities and nation at large, Nice Ride MN recently published their complete 2011 data. A few early cuts with Excel and ArcGIS reveal some interesting patterns. 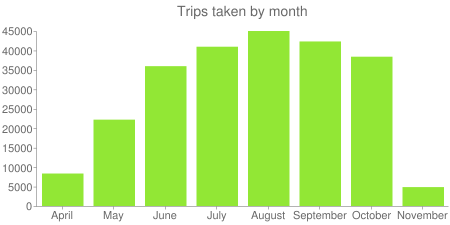 Differences between Origins and Destinations Origin-Destination Pairs and “Round Trips”

More about this research

In October 2011, the University of Minnesota sponsored a successful grant application to the Bikes Belong Foundation on behalf of Sharing to Grow: a bike share station local economic activity study. The study seeks to identify and quantify economic activity centered around Nice Ride MN stations, as Nice Ride users experience unique accessibility patterns in relation to shops and restaurants with close proximity to these stations. The study will be useful in developing recommendations to federal and state governments and peer cities regarding impacts of bike share systems; and in guiding station placement and distribution in the Twin Cities to optimize economic impact through strategic improvements in accessibility. Look for a report out in June of 2012.

4 thoughts on “Mapping Station Use in the 2011 NiceRide Season”