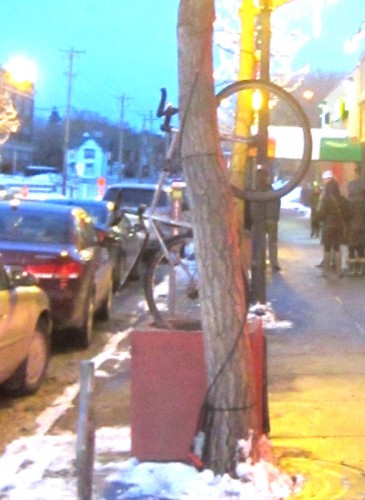 Bike parked on a trash can in Dinkytown.

Bike racks might not seem like much. And, really, they’re not. Bike racks are simply a small piece of metal embedded into the ground.

But they’re a small important part of the picture, one step toward changing our cities. Honestly, most of the time, parking your bike is pretty easy. There is usually a street sign nearby, and almost always when I ride my bicycle somewhere, I get “rock star parking” right in front of the door.

But sometimes, it’s difficult. And that’s doubly so if there’s an event going on, when every pole or tree or fence seems to collect bicycles like box-elder bugs on a porch in September. Then you need bike racks, and having ample bike parking is very nice indeed.

But more than that, bike racks represent a welcome mat for bicycling in the city. So often, bicyclists have to travel through an inhospitable environment, being honked at by cars, making their own path along the sidewalk, waving their arms like mad-men trying to get through an intersection. When, at the end of the journey, you have to lock your bike to a small tree or gas meter or someone’s private fence, it’s a little extra indignity that reinforces bicycles as something alien, something unwanted, a nuisance.

Sometimes, having a bike rack to lock to can make things just a little bit better. 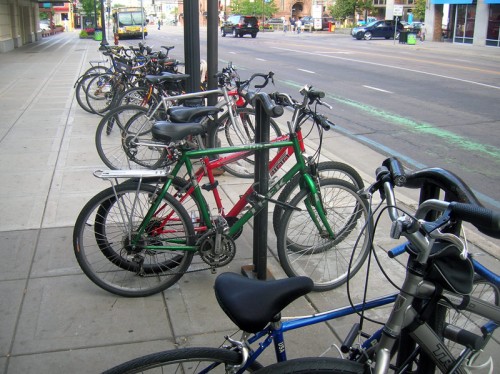 That’s why it’s great that both Minneapolis and Saint Paul have city-wide cost-share programs, where businesses can sign up to have a bike rack installed and the city will put one in, and pay for half of it. The program has been pretty successful, at least in Minneapolis.

In Saint Paul, where I live, the bike-rack process has been more frustrating. I’ve personally tried to get a few different businesses to get bike racks from the city. For example, I’ve talked to one of my favorite bars downtown, and a few of the rack-less coffee shops I frequent. In all cases, the business owner was perfectly willing to pay for the rack.

Instead, the problem has been that the city is very picky about where it will install one. A colleague of mine works for the Twin Cities’ largest bike rack company, and described the process in Saint Paul as “impossible,” that “the problem is that the ‘envelopes’ are too big [and] the clearances they’ve defined are pretty nuts.” That’s been my experience, too. Apparently, in front of my two favorite coffee shops in the city, there’s no room for a bike rack…

I get the trade-offs. I can imagine situations where having a bike rack on the sidewalk might make it a bit more difficult for bus boarding. Likewise, in communication with the St Paul engineer in charge of the program, he raised the issue of snow removal. OK… 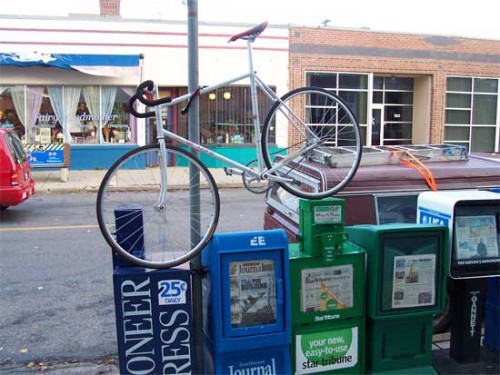 Meanwhile, the city has been very lax about enforcing news rack ordinances. And more importantly, bikes aren’t going away. Even if there aren’t racks around, people are still going to ride their bicycles around the city, and lock them to things. They’ll be locked to street signs, gas meters, fences, trees, construction signs, other bikes, tree guards, or anything else you can conceivably wrap your U-lock around. Ignoring the problem of bike parking doesn’t improve the sidewalks, it just turns the city into one big free-for-all. Is that what we want?

The frustrating thing about the bike rack problem is that, compared to just about anything ever found in a city budget, bicycle parking is extraordinarily cheap. At most, it only takes a few hundred dollars, to buy and install a bike rack and put it in front of your business. Quite often, it’s far less than that, particularly since one bike rack will last for many decades. Compared to almost anything, bike parking costs amount  to an insignificant rounding error. That’s why its so frustrating when you see big city projects costing millions of dollars — or in the case of the Central Corridor Light Rail, over a billion — and you find people still having to park their bicycles four feet up on a parking lot fence.

In closing, here are many pictures of bikes locked to random things. We can do better than this.

[H/t to my friend Jeff for some of these pics.] 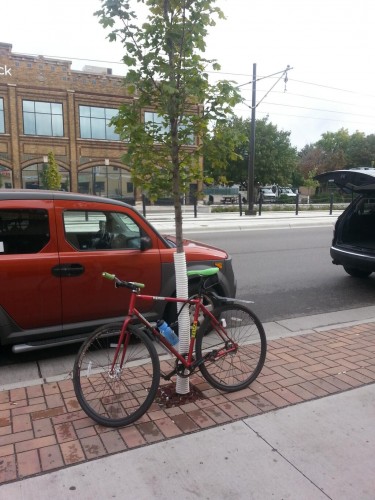 Millions of dollars of sidewalk improvements later, a bike parked to a brand new tree on University Avenue. 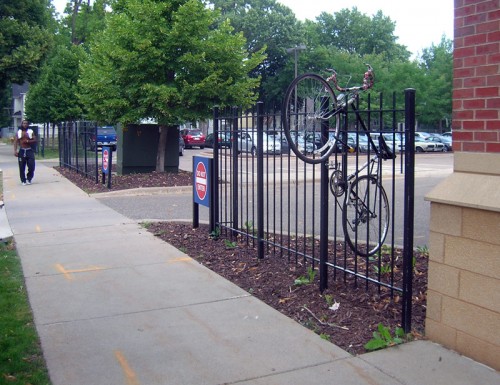 Post-improved University Avenue again, only a fence this time. 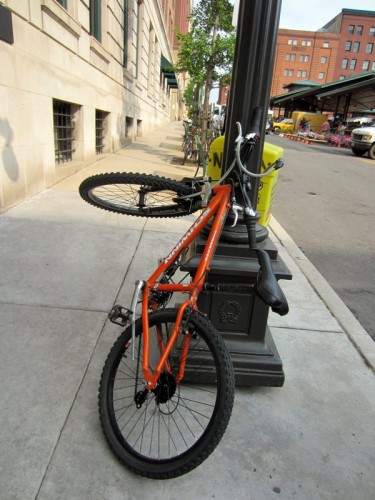 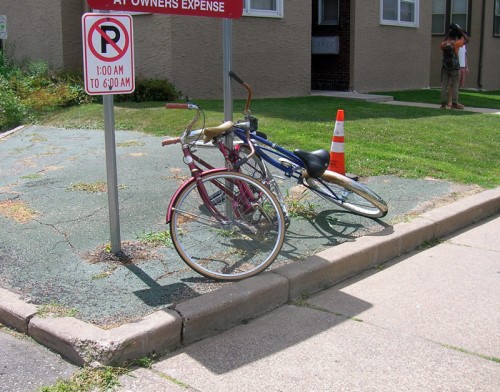 Bikes parked on Grand Avenue, right by the commercial node at Snelling. 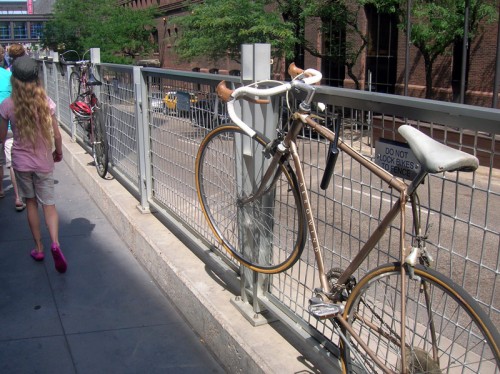 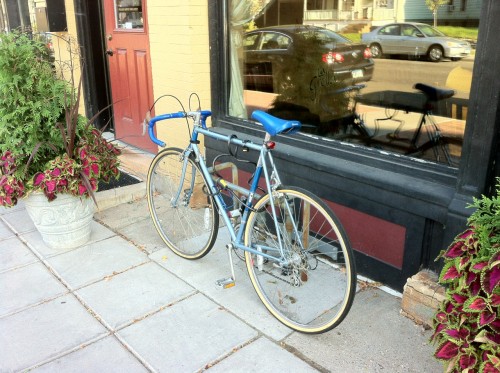 Bike parked to a gas meter on Selby Avenue in Saint Paul. 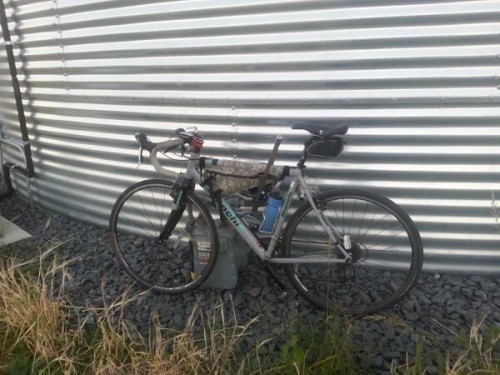 I don’t even know what this bike is parked to…