If the Streets.MN Best of awards had included a category for Loveliest Neighborhood Business Node in Saint Paul, Selby and Western would’ve won that hands down. But Selby and Western didn’t need the lovely qualifier to win this category with 32.1% of the vote (26 votes out of 81). The runners up were: 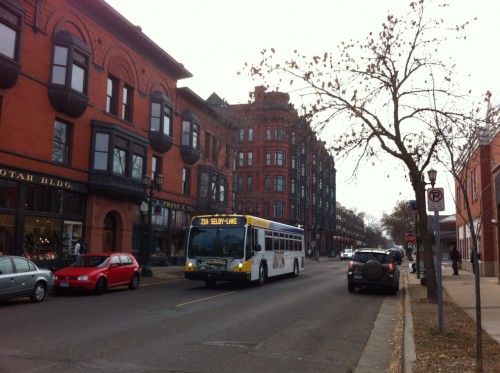 Selby and Western entices you to hang out with F. Scott’s ghost at Nina’s (if you can snag a table from all the aspiring writers) or W. A. Frost, work out at the YWCA, buy pretty greeting cards at Paper Patisserie, visit your Congresswoman’s office, pick up some sundries from the narrow aisles at AA Market until you can get to the Mississippi Market a few blocks away on Dale (does that count as part of this node?), or pluck a book from the Little Free Library, if you can find one in there that you actually want to read. Last year Subtext Books replaced Garrison Keillor’s Common Good Books in the cozy subterranean space below Nina’s, and it’s one of the most pleasant bookshops to browse on any day. Even the neighborhood graffiti is pretty. 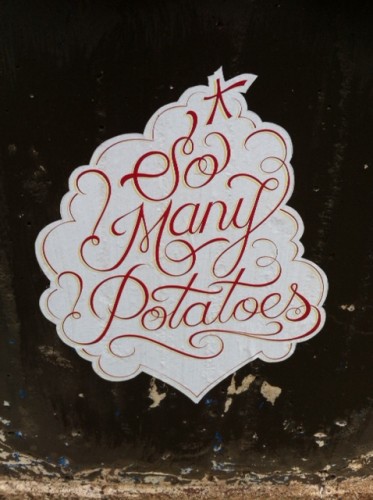 The smells from the corner with W. A. Frost and Moscow on the Hill have been some of the most tantalizing outdoor scents I’ve ever encountered while waiting for a bus, and if those don’t sound good to your appetite, you can stroll to Costello’s (before it closes and becomes a Red Cow) or Fern’s.

Selby and Western has come a long way since the 1970s, when the Victorian Blair House building was vacant and the area was decidedly less upscale. But subtract the Victorian architecture, and I’m less in love with Selby and Western as Saint Paul’s best neighborhood business node. Como and Carter in St. Anthony Park is also charming and houses one of the city’s best bookstores, Micawber’s Books, plus a public library branch in an old Carnegie building, the Finnish Bistro, Colossal Cafe, a cleaners, a wine shop, and a dentist. (Ok, so I judge my neighborhood nodes in part based on reading material.) Bonus points for the wayfinding art bikes in St. Anthony Park.

Highland Park may not be as pretty as either of these nodes, with its strip malls heavier on chains. But as someone who spent my first year here living in downtown Saint Paul, I’m looking forward to moving to that neighborhood soon and being able to walk somewhere other than a sometimes-sketchy SuperAmerica to get a box of Kleenex at 8 p.m. when I have a cold. With a Lunds open until midnight every night, a Walgreens with a pharmacy that’s actually open on weekends (unlike downtown), a movie theater, a restaurant that serves Sri Lankan food on Monday nights in addition to its regular menu, plus more restaurants and two bookstores (even if they’re chains), I’ll forego a little bit of loveliness for more walkable convenience during the winter.