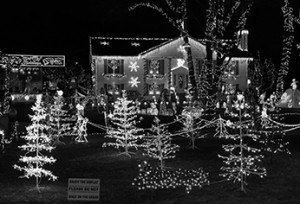 I’ve been distracted enough by the cold and holiday parties, I’d forgotten about the downtown apartment building boom.  That is, I forgot until I found myself chatting with an architect working on the apartments part of that giant, recently approved, Downtown East project at a holiday party last weekend. We started talking about what amenities are “required” to have a competitive market-rate building.

I’ll admit, I’m one of those people who want our city to gain population, and I welcome the cranes. But our conversation was tacitly implying that there is escalating demand for amenities, based in a sense of unease about how long this trend can last.  Burl Gilyard’s article “What’s driving the Twin Cities apartment mania?” is a great place to learn a bit about the current boom and the reactions to it.

One of the most common reactions is a disbelief that apartments within walking distance of downtown will be able to command a significant price premium over more distant apartments, especially considering that hundreds of new apartments are being marketed simultaneously.

The initial reaction to this situation, from an Economics 101 perspective, would be that with expanded supply, intense competition, and a finite demand, the price for apartments should be dropping, or at best holding steady.  And depressed prices should, at some point, have a chilling effect on the rush to create more supply.  The more skeptical observers and developers quoted in Gilyard’s article seem imminently reasonable, especially considering the recent collapse of the condo market.  Nevertheless, apartments in near-downtown neighborhoods keep getting leased, built, and proposed.  Not in that order, of course, but new proposals like the 400 units in Ryan’s suggests that people with money to invest are still betting that there will be continued demand for additional Downtown apartments.

The question on the mind of the skeptics seems to boil down to this: who will rent all of these apartments?  Or more specifically, who in their right mind would pay $1,200 for a studio apartment in a new building downtown, when they could rent the same apartment with similar amenities several miles from the downtown core for $800?  Is a downtown location really worth a $400 price premium?

One reason to consider paying the extra $400 is that commuting is a pain, or at best a chore.  Consider two versions of yourself clocking out at 5, and how their evening starts.  Here are the schedules for how your two selves get to spend the first hour after work.

Having enjoyed a 20-minute walk (including a stop at the grocery store), and a dip in the pool and/or hot tub, the downtown you is relaxed, happy, and starting to grill dinner on the pool deck by 6 pm.  The office isn’t that far away, but an hour after leaving work, you’re already in a different world, and it’s a darn good place to be.

The suburban version of you is not as happy, having just spent much of the post-work hour navigating traffic in a series of concrete-lined trenches, hoping that rain, snow, or accidents don’t cause a delay.  At 6 pm the suburban you is miles from work geographically, yet still feeling the stress of the day.  But you’re $20 richer ($400 monthly rental savings / approximately 20 weekdays in the month) for having made the commute, so it’s a smart investment.  Or is it?

For the sake of comparison, let’s say that the suburban you has a car (virtually mandatory to maintain the suburban lifestyle), while the urban you hasn’t yet gotten around to replacing the car after it died a while back.  You happened to read a blog like this one right before your last car bit the dust, and you decided to go a few months before buying a replacement.  Months turned into years, and here you are.  Your urban persona bridged the gap with a car-sharing membership.  Not owning a car means you don’t have to pay for a parking space at home or at work, and you end up spending about $150/ month to make a trip or two each week.

The chart below compares average monthly costs for housing and owning or sharing a car.

No offense, but the suburban you is starting to look very bad at math. You don’t actually prefer sitting on the highway in traffic to relaxing in a hot tub, do you?  Because you’re not saving any money by commuting, which means you’re doing roughly an hour of extra work, every day, for free.  Remember, the first chart in this post only covered the evening commute.  Your suburban self also had to wake up 20-30 minutes earlier than your urban self in order to make time for the morning commute.

That’s why you, and thousands of people like you, are fueling a downtown housing boom that has some people scratching their heads.  What’s already obvious to you will become apparent to more and more people over time.  And this is why I’m hoping the current apartment boom might defy the skeptics and become the new normal.

12 thoughts on “The Coming Downtown Apartment Bust – By the Numbers”