But I witnessed a heartening event there the other day. This person was walking briskly toward the street, but when he looked up to check that the way was clear, he spotted those two Cycle-mounted Justice Enforcers on the other side. 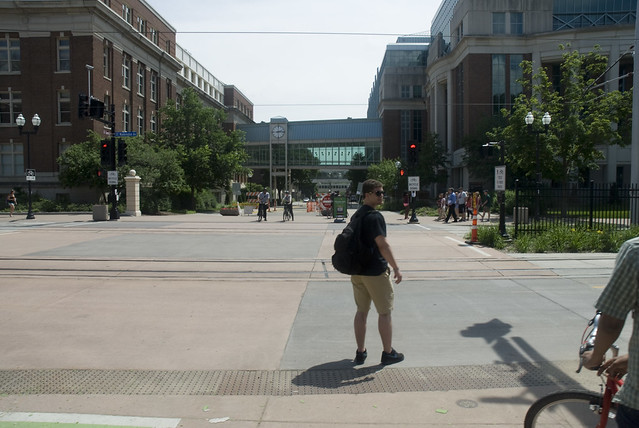 As he stopped in his tracks, this song played. He glanced nervously behind him as two other people approached the crosswalk. They stood there staring at the Justice Enforcers for a few seconds, and vice versa. Then, slowly at first, they began to cross in defiance of the Red Hand. 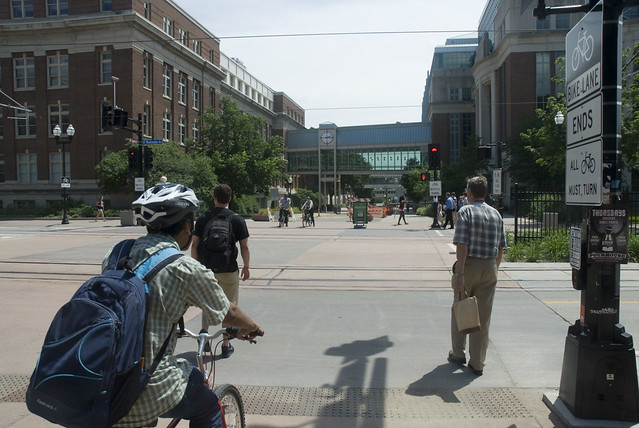 Suddenly, it didn’t matter at all. The Justice Enforcers turned a blind eye as they crossed the empty street with no approaching traffic as far as the eye could see, in a victory for common sense over traffic engineering frippery. 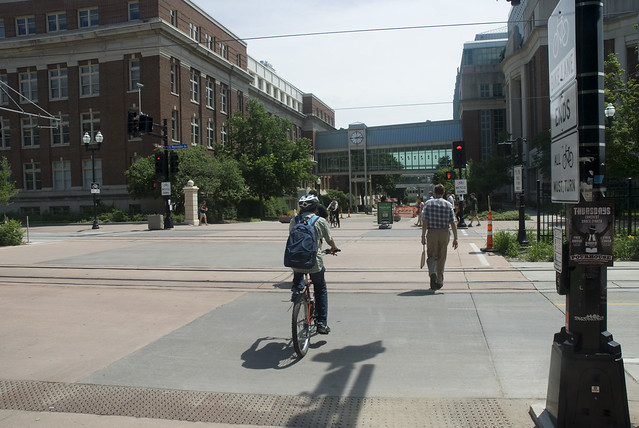