Minneapolis 1, St Paul 0 — While driving around in Minneapolis and St Paul the other day, the differences in street life were enormous. Massively more people were riding bicycles (and walking) around Minneapolis than St Paul. Or, there were a lot of people riding in Minneapolis and nobody in St Paul. If I were an employer looking for a place to locate and I thought the people I’d want to work for me might appreciate a more walking and bicycle friendly environment it’d be difficult to consider St Paul. Hopefully the new Bike Plan will begin to correct this. (Note: Personally I would still choose St Paul.)

Traffic Engineers 6 (Seconds), Us 37 (Minutes) — On the same day, I racked up 37 minutes sitting at red lights with no cross traffic. I think this was a new wasted-time-at-intersections record for me. Many of these would be safer and more efficient as roundabouts. Shorter cycle times would help others. This brings new meaning to all of the times I’ve heard traffic engineers say that they need to spend millions of dollars expanding one intersection and can’t put in no-turn-on-red, all in order to save drivers an average of 6 seconds and thus one letter grade better LOS (Level Of Service). It could have been 36 minutes and 54 seconds.

The Social Isolation of the Green Line — Some stations along the Green Line feel a bit isolated. At some you are completely separated from all surrounding sidewalks and businesses by walls, plexiglass, and control boxes. Others are staggered so while you’re isolated from the sidewalk and businesses nearest you, you can at least see across the tracks and road to the people and businesses on the other side (that’s a long way away though and too far to hear or interact.) This isolation extends to the sidewalks on either side that become isolated as well. 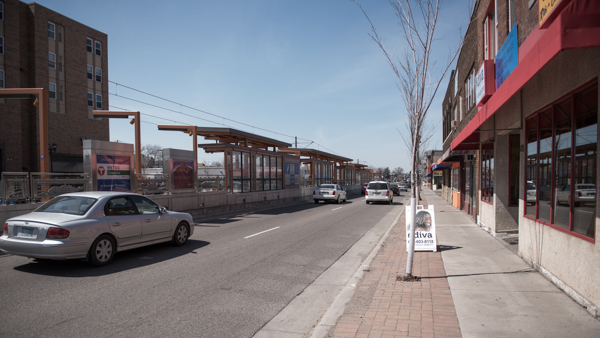 Green Line station isolated from the rest of the street

Are these necessary due to our weather or would tram stops similar to Scandinavian countries have worked as well as have allowed more room for wider sidewalks, cycletracks, and more parking? (For comparison the cycletrack, tram stop, both tracks, disabled dude, and most of the parked cars on the left can fit within one of our Green Line stations plus tracks.) 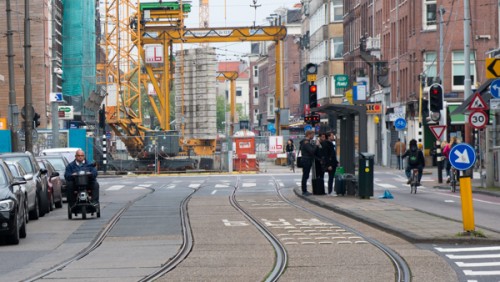 Law Abiding Isn’t Popular — For the past few weeks I’ve been driving a car with semi-autonomous driving capability. Lane keeping isn’t yet ready for prime time, but I rarely had to touch a pedal. It can read speed limit signs and automatically drive the speed limit or follow the car ahead. Consistently driving the speed limit results in lots of cars piled up behind, some obviously angry passes, a bit of honking, and some sign language. People don’t seem to like it if you actually stop at every stop sign either. Maybe it should have a Law Abiding mode, Not Quite Law Abiding, and a Laws? What Laws? mode.

How Slow Can You Drive? — I recently turned onto a road and had about a mile to my destination straight ahead. I immediately found myself behind someone riding about 12 mph on their bicycle. There were enough cars coming from the opposite direction that I never had an opportunity to pass safely. 12 MPH makes for a long mile.

Poor Choice Of Words — Folks in White Bear Lake wanted to slow traffic on Hiway 61 where it goes through the middle of downtown so they asked MnDOT to narrow the lanes from 12′ to 11′ during a repaving project. MnDOT’s Curt Fakler responded: “When we do a mill and overlay, we’re not looking at changing the character of the road. We’re just trying to fix the surface. Speed was not considered.”

It seems to me that this would be the ideal time to consider the character of the road. If not now, when do they consider it? This might help explain why our roads are so dangerous and we don’t seem to ever have enough money to do anything about it.

Note: The City of White Bear Lake won and the lanes were narrowed to 11’. Initial feedback indicates it’s had a positive effect on speeds, noise, and the general comfort of things. Sadly, rather than use the extra space for much needed bikeways and sidewalks that have been called for by citizens they chose a decorative median. 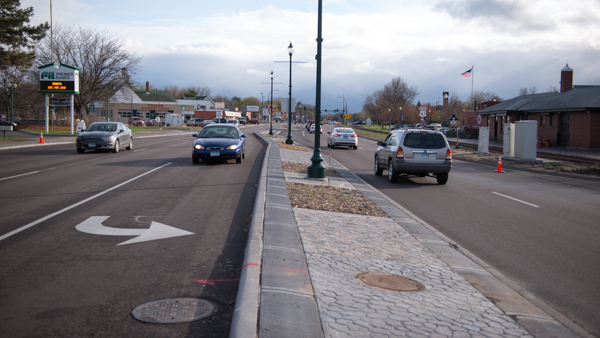 Poorer Choice Of Words? — Some time ago, after a significant increase in speeding ticket cases and in a budget conscious mood, Hennepin County Courts decided that they would limit the number of speeding ticket cases they would hear from local cities. Brooklyn Park City Manager Jamie Verbrugge responded “Speed control is an essential part of neighborhood livability… We are not going to stop writing traffic tickets.  If there is going to be a gap in collecting those revenues, then we are going to have to step in and fill the gap.” Neighborhood livability or revenue?  Hat tip to Sigmund Freud. (Note: I have also heard some quite good things about Verbrugge so perhaps he’s not all bad).

Why Are So Many Dutch Disabled? — I’ve traveled to or through The Netherlands nearly three dozen times over the past nine years as well as dozens of visits to other European countries. Numerous times I’ve thought that there seemed to be very noticeably more physically disabled folk in The Netherlands than any other country (including the U.S.)  According to WHO there are indeed about 10% more disabled in the EU but The Netherlands is actually below average.

The answer it seems is not that there are more disabled but that disabled folk in The Netherlands are out and about much more. Unlike disabled in the U.S. who find it difficult or impossible to get from A to B, folks in The Netherlands use the Dutch bikeways. They have a flat, smooth, well-maintained pathway from wherever they live to anywhere they want to go. 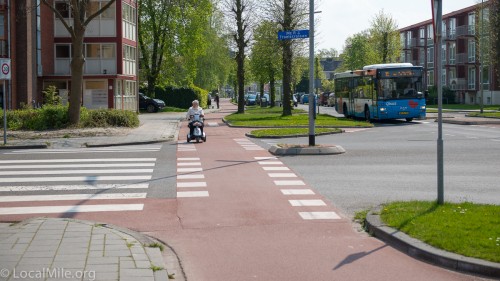 But wait, there’s more (RIP Billy Mays). There are actually quite a few more disabled folk out and about in The Netherlands but you don’t often notice them. Many people who need a cane, crutches, or a walker to get around on foot are still able to ride a bicycle. I’ve watched dozens of people ride up to a store, deftly support themselves with their bike as they park it and pull a cane or crutches out of a holder on their bike or use a walker that’s provided for them by the store.