This map is old but relevant today, given the debate at City Hall about environmental justice in the Phillips neighborhood. Almost 20 years ago, a few University of Minnesota professors did a GIS-based study (back in the early days of GIS) looking at how different toxic release geographic maps compared poverty and pollution at different scales. They were particularly focusing on the Phillips neighborhood, which has long been home to some of South Minneapolis’ most highly polluted pieces of land. 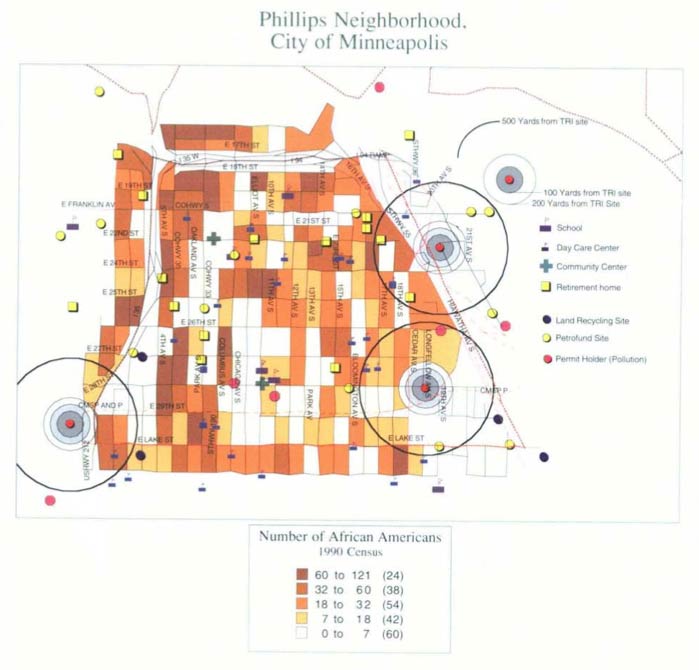 This next one shows total “total TRI pounds” across the whole city, overlaid on a concentrated poverty map: 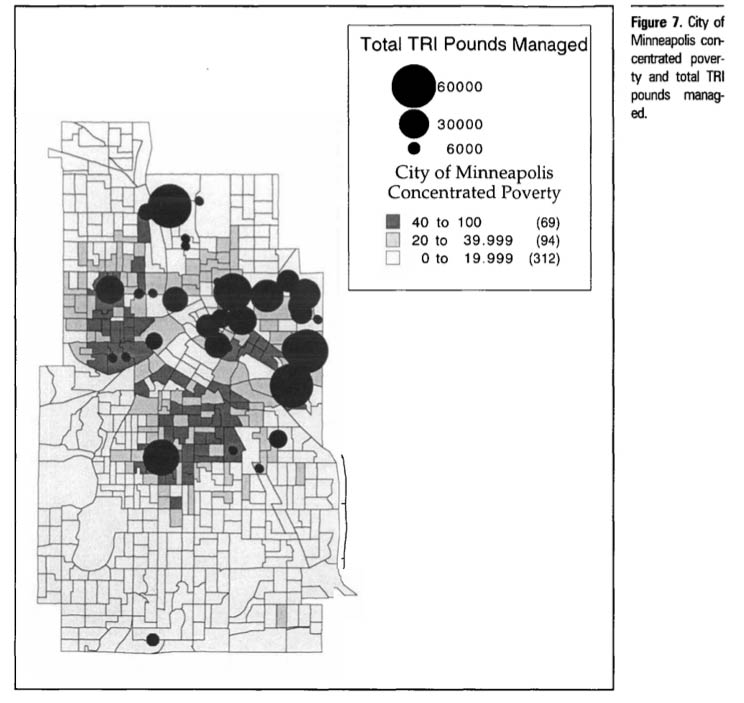 Finally, we have the same map except tweaked to show “relative toxicity”: 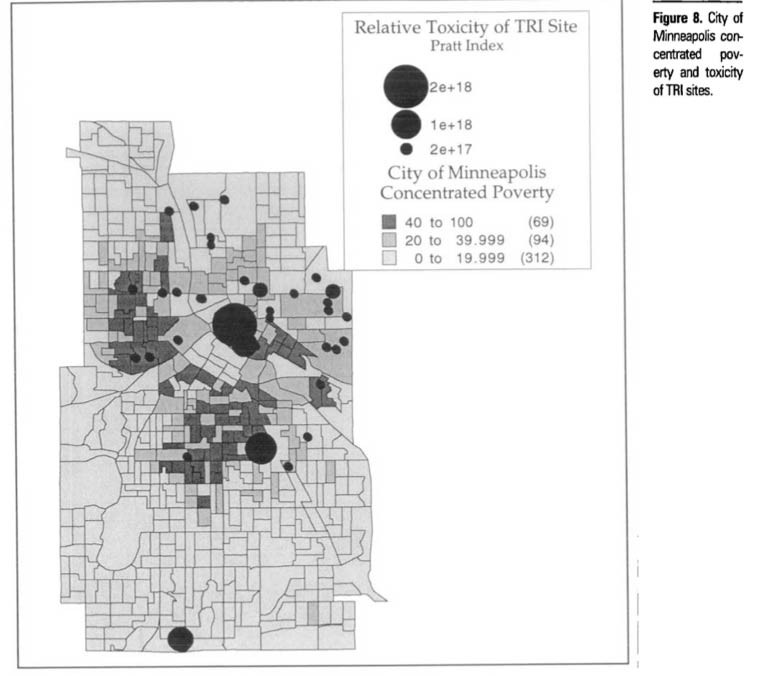 As you can see from these last two maps, what is being measured can really shift GIS information. The authors state up front that scale is very important for looking at these problems.

Here is one of the conclusions of the paper: 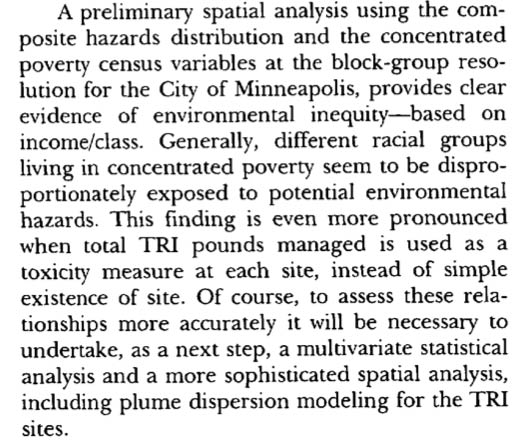 The point is that the debate over the “water works” site comes after a long legacy of environmental pollution in this neighborhood. No matter how you feel about the proposed development and purchase of the land, you have to admit that certain neighborhoods in Minneapolis have long been at the intersection of poverty and pollution.

(Also, this data is very old, as are the GIS tools available at the time. Things might have changed quite a bit. For example, how does the HERC plant fit into the picture?)