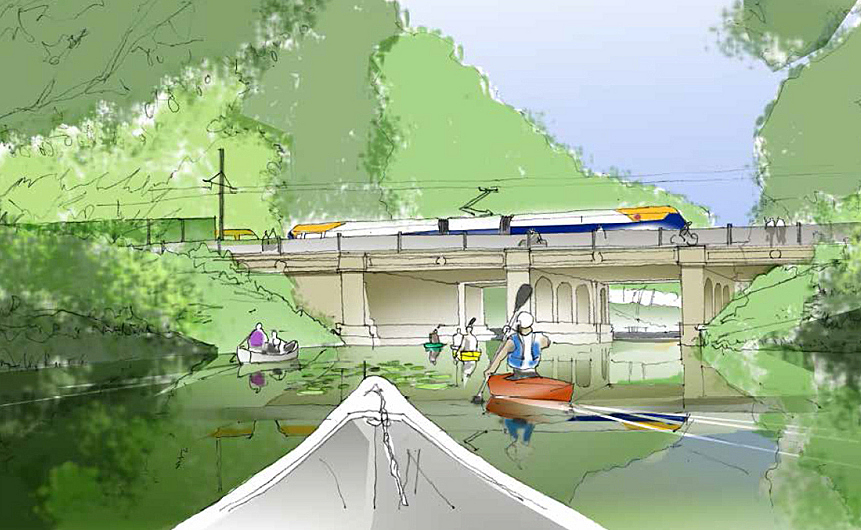 We’re planning extensions to our light rail transit system in the Twin Cities! The Southwest Extension will bring the Green Line down to Eden Prairie, and the Bottineau Extension will send Blue Line service up to a Target corporate headquarters and a greenfield in Brooklyn Park. The price of the two projects was projected to be $2.5 billion last year, but now they’re expected to cost $3.5 billion. Maybe this is a problem that arises from demanding cost estimates when engineering is 1 percent complete. Maybe this doesn’t matter because we have the federal government paying half the cost. Maybe, as Nick Magrino has suggested from time to time, it’s a good opportunity to evaluate the way we plan transit projects in the Twin Cities.

One thing I think transit projects should do is serve workers who don’t have cars. It’s good business, because Metro Transit can collect a lot of fares. It’s fair, because carlessness is correlated with low socioeconomic status. If we knew where the car-free workers lived, we could see efficient and equitable locations for stations.

So, where are the highest concentrations of car-free workers? 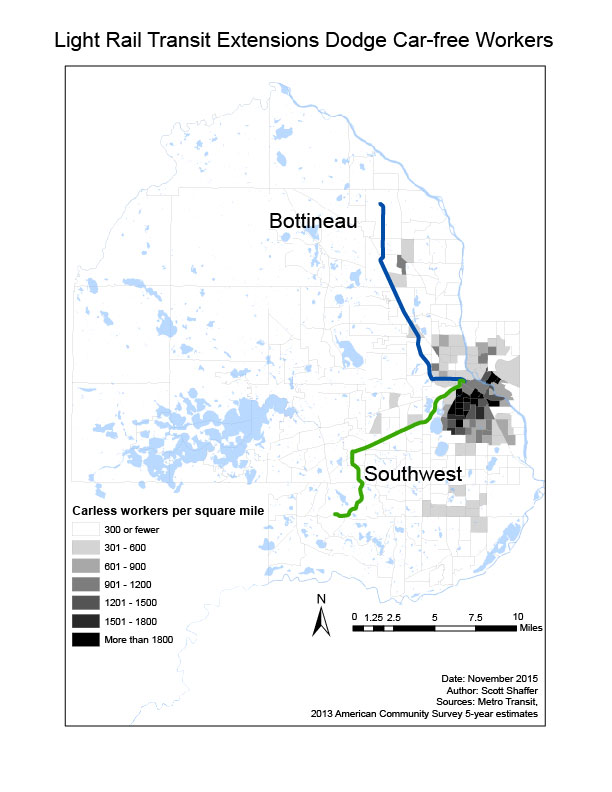 Is it worth it? I don’t know. There are reasons that building light rail in areas where car-free workers live is difficult and expensive. Highly populated areas have lots of traffic and construction disrupts the lives of the many people who live and work there. Land values are higher in densely populated areas. Do these obstacles justify routes that fail to serve people who don’t drive?