Rush hour is a cruel tyrant. It grips our lives with grim and gritted teeth. Each morning and afternoon I feel it weighing my heart, as if the neighborhood air has filled with clouds of anger.

What can be done? Something must be done.

And we have tried. Our efforts have been legend, the scale of our striving is generational, historic, geologic. Lifetimes of strain against the force of this twice-daily choking, mountains of steel and concrete erected to cut through the rush hour knot.

But nothing seems to work. Rush hour lives on, and still we fight. 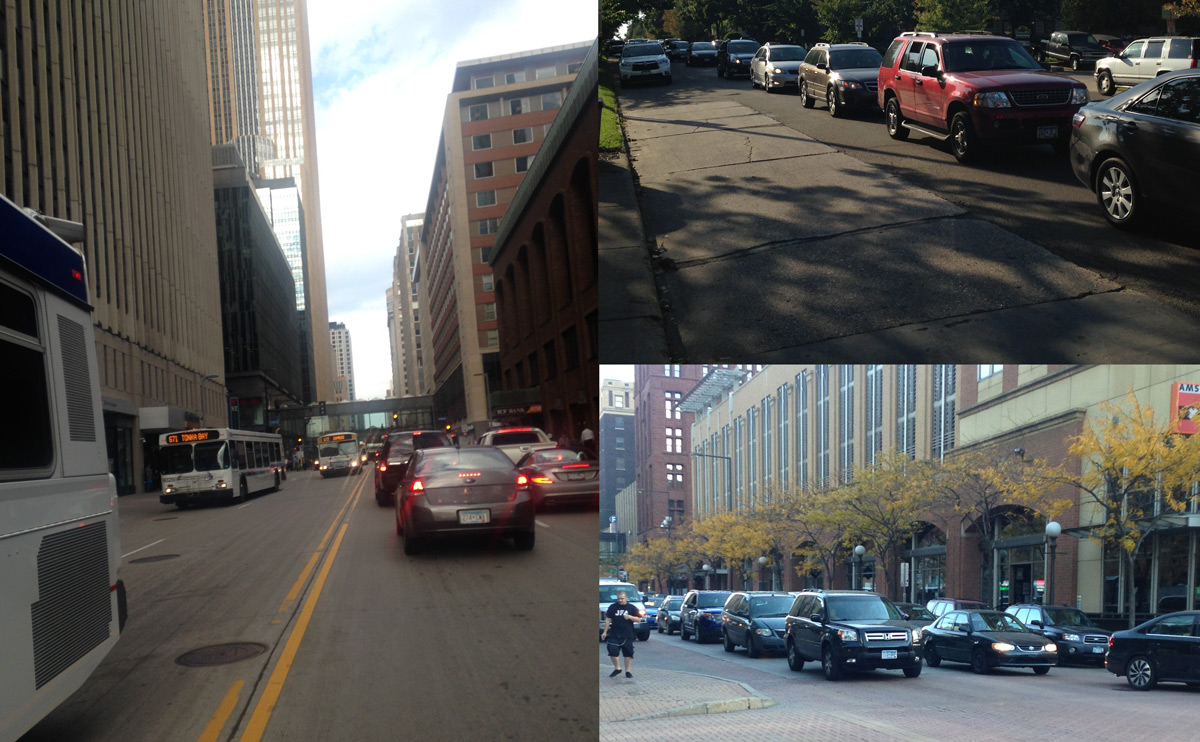 I took some pictures of “rush hour” so that you know what it looks like.

The Peak Hour focus: The Lexington and Randolph Example 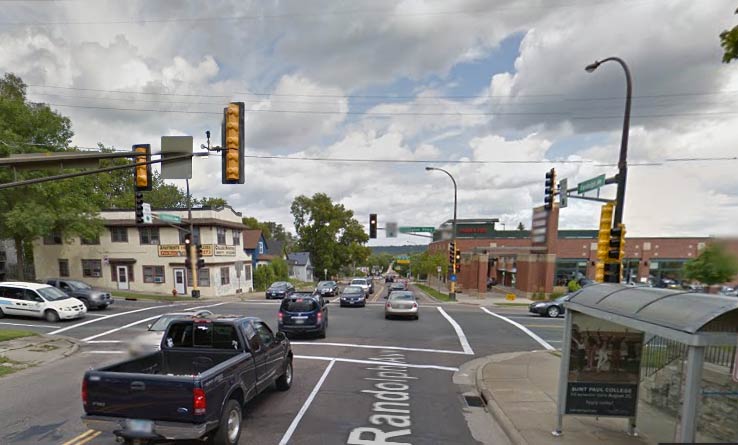 The corner in question.

I’ve been lately thinking about how rush hour works in our decision-making. There’s an assumption that’s been bothering me around how traffic engineers and highway planners make decisions: the focus on “peak hour” traffic flow.

Here’s an example from Saint Paul, of a debate over a street reconstruction at an intersection — Lexington Parkway and Randolph Avenue — that’s right by a major urban freeway (35E) and a grocery store (Trader Joe’s). Because of the popularity of cheap cheese, rush hour traffic has been getting worse at the corner for a few years  (or so I am told). As the street is being reconstructed, the County did a study that recommended adding a turn lane, which would address rush-hour “level of service” (LOS) in two ways: decreasing “stacking” by adding the storage capacity of an extra lane, and by allowing cars to more easily turn on red around the corner. 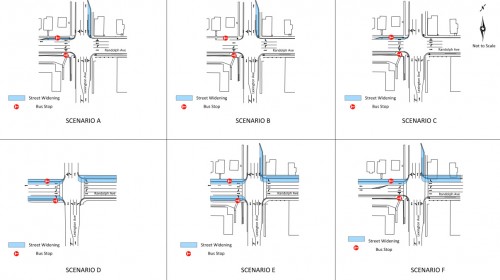 Some of the options for street widening.

By making this change, the Ramsey County study projects that the average car will save a few seconds of time stuck in traffic. For example, according to the model the proposed layout would subtract 20 seconds of delay for Northbound cars while adding a 5 seconds to Southbound cars.

(Forget about future 2035 projections for now. Those represent a whole different assumption problem.) 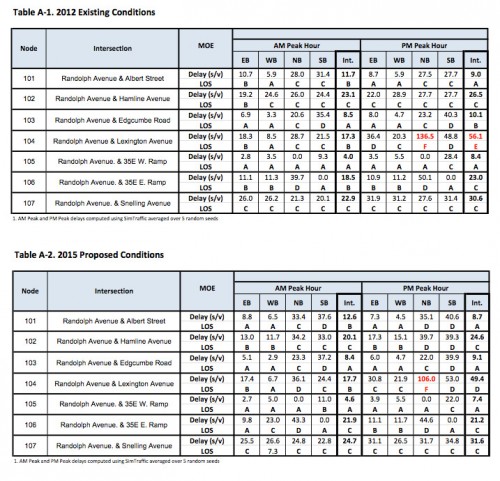 The key thing, though, is that these time savings only occur during the peak hour. For the rest of the day, when the “capacity constraint” isn’t constraining much of anything, the impact on drivers would be negligible.

Meanwhile, for the entire day, the intersection would have worse “LOS” for everyone else, especially people on foot trying to cross the street. Adding a turn lane, widening the street, or adding a thru lane (which are three of the options) would increase speeds at the intersection at all times of the day and night, eroding safety for neighbors and anyone on foot.

And that’s the temporality of the trade-off when we focus on peak hours as the measure of our streets. 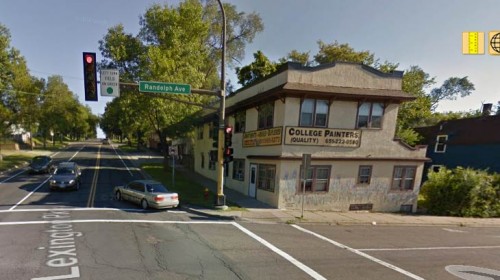 A building on the corner.

Here’s a weird thought experiment that I had in my head. It might seem like common sense to weigh the effectiveness of a street (the “level of service”) by its worst performing times of day. But there’s a way in which this kind of thinking is inherently unfair to the people living along these streets.

Here’s what I mean: If you combine the two “peak hours” (giving them 2-hour time slots), you end up with 4 hours of the 24-hour day. That leaves 20-hours of the day that are “off peak”, times when the road will be “overbuilt” for the amount of traffic that it has. 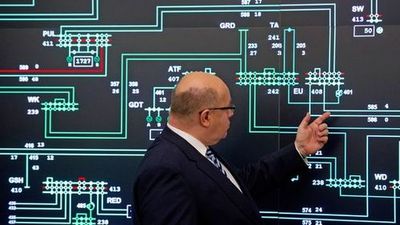 The back of the napkin.

So if you average that out to 340 cars per hour multiplied by 4 peak hours, you get 1,360 car drivers whose lives are improved by a varying number of seconds each by a new turn lane.

Against that, you’re weighing the effect of widening a street, and marginally decreasing safety (through faster turns, increased speeds) all day for everyone who lives nearby. Whether that matters depends on a few things: How many people use the sidewalks? How many homes would be impacted? How many hours are we talking about?

Let’s guess. Right around this corner there are about ten homes, a small two-story apartment building, and one large apartment complex (the Lexington Park Apartments, which has 64 units).

Saint Paul’s average household size is 2.5 people, but let’s round down to 2 because of the apartments. That leaves you with about 160 people in close proximity to the corner who’s everyday environments will be negatively impacted by widening the street, people who depend on either the corner here, getting across the street safely, and/or play in their front yards in very close proximity to these two streets.

Whatever that number is, that’s the number by which you multiply the “life improved” factor (LIF). 160 people [multiplied by] their changed experience of the street during a full 24-hour day.

Obviously this is all bullshit. There are all kinds of of data problems with this, most noticeably that traffic aggravation, noise, safety concerns, and seconds of saved time are not commensurable things. And the non-car data is really bad. We have firm, exact counts of cars and their stopped seconds, but nobody counts pedestrians. Nobody carefully surveys nearby neighbors about how traffic speeds affect their everyday lives. We don’t really know how many people are using the streets or sidewalks on foot, bike, or experiencing the street from their front yards or porches.

Plus, I’m probably drastically undercounting the total population here. In Mac-Groveland, only 70% of people use a car to get to work. That’s potentially a lot of people who might move through this intersection on foot, bike, or bus. Similarly, Trader Joe’s is a magnet for pedestrian traffic. There’s also a bus stop that’s an intersection of two bus lines. There’s firm data for this (daily bus use at these stops), but I’m too dumb to access it. Suffice it to say that we could easily add a few hundred daily people, and potentially thousands of “points”, to that LIF total.

The basic trade-off is that focusing myopically on the peak hours means that a few seconds of the day of traffic for a commuter (once per day) are valued more than the all-day, every-day quality of life for the people living or walking in the neighborhood. 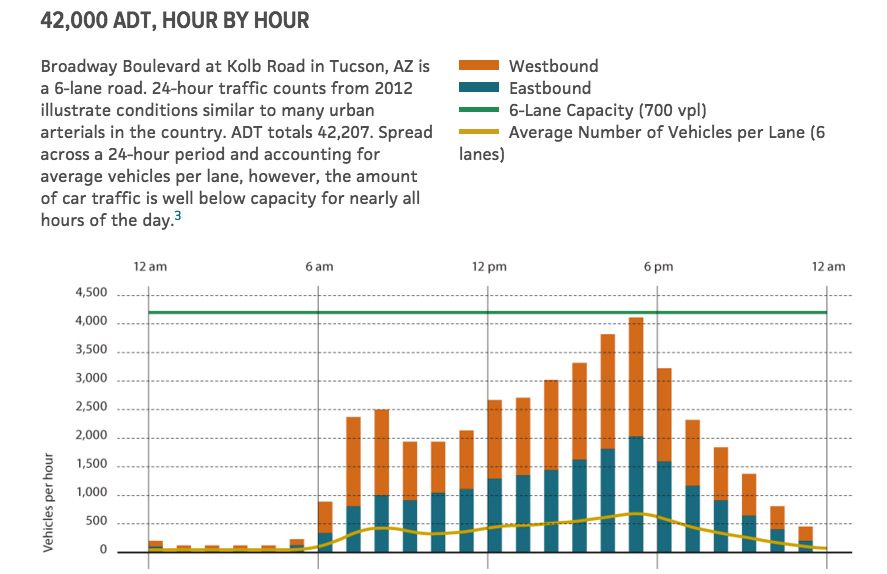 Another diagram from NACTO 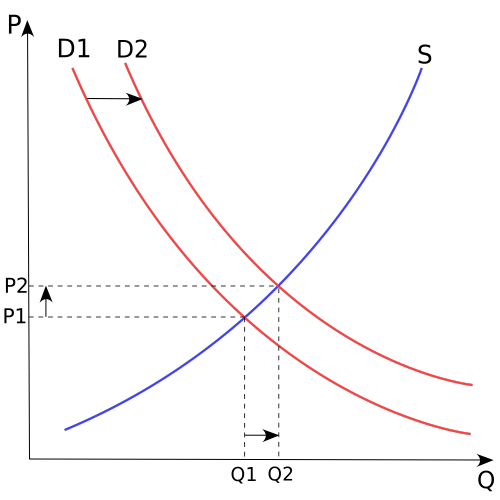 There’s another wrinkle to this problem, the sticky wicket of “induced demand.” The basic premise is that demand for fast automobile travel is not constant but variable, depending on things like the price of travel in both money and time (and probably things like comfort, attentiveness, etc). And congestion (the “supply” part of the curve) plays a big role in these decisions, acting as a key driver of driving decisions.

In other words, if traffic sucks at rush hour, you try to avoid it. If you have to go to the grocery store, the library, or the post office, you’ll probably choose a time when the roads aren’t clogged.   Or you might plan trips to and from work to “beat the rush,” arriving early or late simply because of traffic congestion.

What this means is that, even if you improve rush hour LOS, more people might simply take more trips during that time. After all, few people go “early” to work because they want to; most do so because of the influence of traffic.’

Thinking bigger about our streets 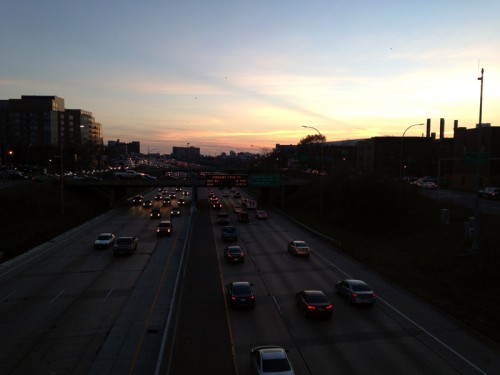 The point of all this is that we get what we measure. The seemingly neutral LOS charts in an engineering study are actually a highly reductive view of the world, epistemological blinders that pay attention only to cars traveling at certain times of day. Like any science, a traffic study is making assumptions about what’s valued and what counts, and for generations we’ve acted under the assumption that rush hour is the most important time of day. And that leaves a lot of other factors out of the picture.

There are two simple solutions to the “peak hour” problem. One would be to move towards a “multi-modal LOS” that balanced LOS for cars against LOS for other modes of mobility. (Read all about that here.)

The other solution, a more temporal fix, is to simply expand and average the times of day where we measure congestion. In their Urban Street Design Guide, the engineers at NACTO write,

“Street design should be sensitive to how streets operate across all hours of the day, for all users. While understanding peak periods of intensity is valuable, the design of a street or analysis of a corridor should always seek to balance needs and functions of different time periods.”

They recommend collecting “multi-modal data” over “4-hour volumes (AM peak, midday, PM peak, and Saturday) to analyze typical traffic levels [and] average[ing] these 4 hours and use that volume to guide the design of streets and intersections.”

Street design is always a series of trade-offs. Automotive traffic flow comes at the expense of other things like pedestrian or automotive safety, quality of life for neighbors, access for other modes, etc. Improving one of these factors almost always involves a step backwards for one of the others. And that’s why the design hour mentality is inherently unfair. If you look at congestion in the big picture, and not just at the worst moments, a corner like Lexington and Randolph looks just fine.

Don’t get me wrong. I hate rush hour as much as the next guy, if not more. It really sucks. But there’s not much we can do about rush hour anyway, and we shouldn’t let it dictate our lives or our streets.

Bonus: But if we don’t widen the street, drivers will get upset and break the law, won’t they?

29 thoughts on “The Injustice of Peak Hour Myopia”