Our chance to make Hennepin Avenue lovable is coming.

I love living on “Hennepin Avenue,” a Minneapolis landmark so important I need say no more. Everyone has attended a show at one of its grand historic theaters. Or waited for a bus there. Or done the company/birthday dinner at Fogo de Chao. Or attended MCTC. Or visited the Central Library. Or walked across it to get to a Twins game, First Avenue, or the Fed. Or my favorite, attended the Pride Parade–the one day a year it’s a street for people. 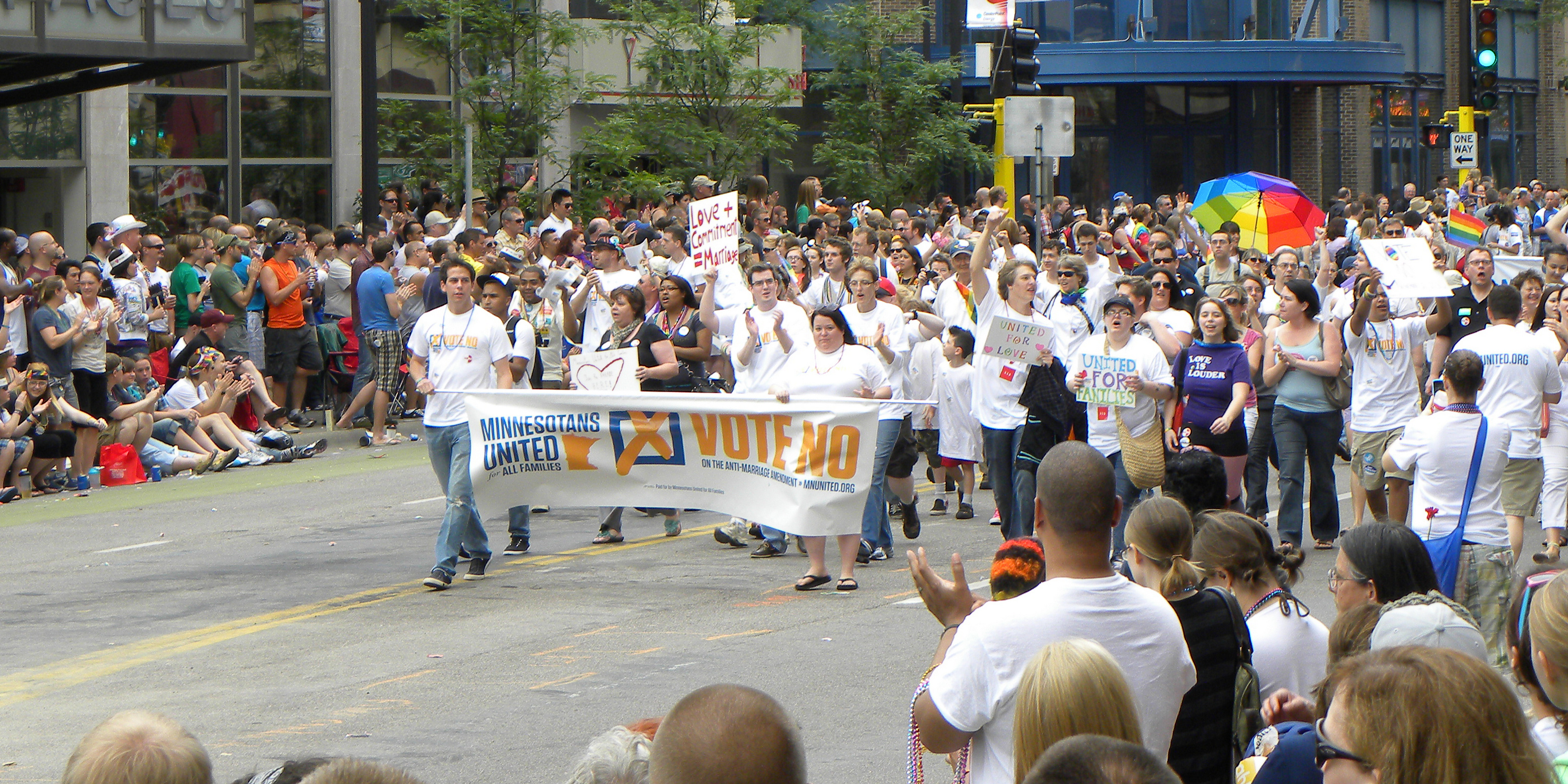 364 days a year, Hennepin Avenue is not a nice place to be. It’s dominated by four to five lanes of cars driven by people who are mostly trying to escape. I give you that the sidewalks ARE full of people, but only because it’s where the thing they want happens to be. They are also nervously darting across the wide street, rushing to catch a bus, watching for the inattentive turning drivers although they have the walk sign. It’s been like that for a long time.

We’ve taken space from people and given it to cars on Hennepin Avenue, too. Even though about half of them aren’t in cars. (Source: Karl Jilg/Swedish Road Administration via Vox)

Only half of the people using Hennepin are trying to escape in all those car lanes. Let’s give the half of people experiencing the Avenue on their feet, through their ears, and on their bikes a place they want to stick around (source below).

The City is planning to reconstruct Hennepin Avenue through downtown in 2020, and they will begin visioning and planning what will come early in 2016. It’s the sort of rebuild that happens only every 50 years or so.

Let’s grab this opportunity to reinvent Hennepin. We don’t have to start our visioning and planning from scratch.

Hennepin Theatre Trust worked with partners Walker Art Center, Artspace and the City of Minneapolis to “gather input and ideas to plan the re-invention of Minneapolis’ oldest street,” (summary here). Their broad engagement process resulted in a plan that will “create an urban corridor defined not only by its cultural amenities but by green space, courtyards, event space, restaurants, and street-level shops that would connect everything together.”

Count me in for that.

The Minneapolis Bicycle Coalition (who tipped me off to this process) invited volunteers to a visioning session, too. In our 90-minute session, we didn’t get as far as the Hennepin Theatre Trust, but the image evoked in that session looks pretty similar in character:

What we’re all describing is a sticky street. According to Brent Toderian, “A street is sticky if as you move along it, you’re constantly enticed to slow down, stop and linger to enjoy the public life around you.” Sounds lovable to me.

The ~half of people on Hennepin Avenue walking and biking give the street life. Let’s let them love that street life. Every day.

(1) Thanks to the streets.mn writers who pointed me to these data sources. Maybe one of them would be interested in doing some real analysis.

Pedestrian and Bicycle Counts, 2007-2014 via City of Minneapolis