Since I started serving on the Technical Advisory Committee for the Riverview Corridor transit project, I’ve had a front row seat from which to view the planning process here in St Paul. This isn’t the first time I’ve served on a group like this, but it is the most intensive and serious effort so far.

As a built urban environment, this is not an easy place to plan transit. Traversing the West Seventh neighborhood is only one problem – it has to cross the Mississippi eventually, which will be expensive.

I would like to tell you what I think is the ideal place for transit from Downtown St Paul to the airport and beyond, but it would be inappropriate. The process that we are moving through seems so deeply flawed that jumping to a “solution” is simply not what is needed. Whatever comes out of this is likely to be inadequate and jumbled.

Like many government processes that seem strange or inadequate transit planning in the Twin Cities evolved gradually for important historical reasons that are not entirely valid today. The Hiawatha Line, now the Blue Line, was more or less crammed through in the mid 1990s by Hennepin County Commissioner Peter McLaughlin because the agency best suited to do it, the Metropolitan Council, constantly dragged their feet. By setting up the Hennepin County Regional Rail Authority the line was finally built.

That process was duplicated at the County level through the Twin Cities. The Central Corridor, now known as the Green Line, was a joint project of Hennepin and Ramsey County. 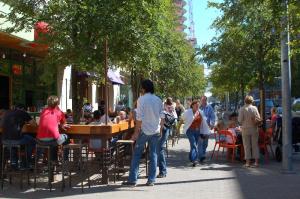 The inadequacies of the latter project have been discussed here at length. A substandard sidewalk only ten feet wide with no on-street parking to shield pedestrians has created an environment that cannot possibly be called “pedestrian friendly”.

How did that happen? The process selected a mode (LRT) and then an alignment (University Avenue) and then proceeded to find a way to make it fit. Nevermind that a streetcar system could have served the street for less money and left more room for a real pedestrian realm that is safe and attractive. This was an LRT project that had to be justified.

Justifying such a project is done on two major criteria – ridership and redevelopment potential. Given the need to evaluate each line as an individual “object project” there is no room to evaluate it against the needs of an entire system. In the case of University Avenue both key criteria pushed the line off of an alignment that would permit high speeds, either on I-94 or in the Burlington Northern tracks, and into the built urban environment of University Avenue. 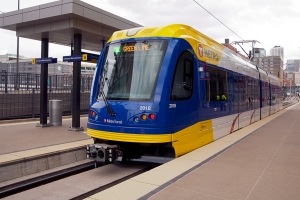 The Green Line, both local and through train – and ultimately neither.

Nevermind that people already lived there and were redeveloping University Avenue to suit their needs. Grand plans were being made. Besides, the residents along University Avenue were primarily Black and Asian, which is to say people whose needs and efforts were far too easily dismissed.

The Riverview Corridor does not have the same situation, but the process is similar. An alignment and an appropriate mode will be selected by the committees as the data is brought to bear. But the process is going down the same paths because it is driven by the same impetus.

There is little doubt that LRT down West Seventh is the preferred alignment in the minds of Ramsey County Regional Rail staff. And that’s just plain silly. There are two key differences in this corridor: 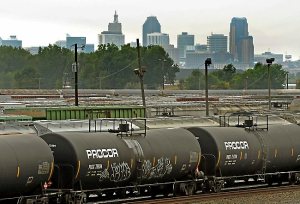 The CP line and railyard are dominant features in St Paul.

The inability to consider the railroad alignments comes in part from a necessity. Existing railroad right-of-way is not usable for transit because the freight lines, owned by the Canadian Pacific and Union Pacific, require a separation of at least 50 feet for safety reasons. There does not appear to be enough room without buying up all of the railroad lines and consolidating them elsewhere in the city, likely on the BNSF right of way.

But that is indeed the problem. The project has to be immediate, not truly long term and visionary. An interconnected system of buses or streetcars on Seventh that meets a fast train in the rail corridors in a few appropriate places with a seamless transition would obviously serve the needs of riders and developers the most over the next fifty years and beyond. Yet those considerations cannot be part of the process.

Cramming LRT down Seventh is essentially impossible. A fixed guideway of any kind would not leave room for the 23k plus cars per day that travel this street, Minnesota Highway 5, and handle the very large crowd that already spill out beyond the fourteen foot wide sidewalks between the Xcel Center and the night life of Seventh Street. At only 80 feet wide, the street is far too narrow – and at 120 wide the crunch on University seems positively spacious.

On Seventh there are more cars, more pedestrians, and fewer feet to put it all in. 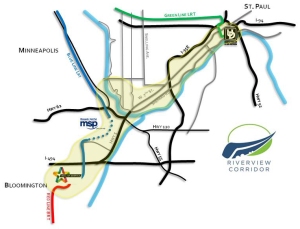 The Technical Advisory Committee will consider putting LRT in the middle of traffic without a fixed lane, among other considerations. Where I’m supposed to keep an open mind I cannot possibly see this working. The long trains will be inherently less safe operating in traffic than they are on University, which saw three deaths just last year.

There is in place right now a “Safe Streets Initiative” directed by the Fort Road Federation to make West Seventh safer. Crossing Seventh as a pedestrian is difficult enough and the horrific accidents at Victoria and Lexington are not acceptable. The street needs far more attention than this particular project can possibly give it.

The need for these “innovations” that put a heavy load on Seventh are all driven by a process that cannot look at the long term by design. And that is what needs to change.

The group has spent about $2 million so far simply gathering public input and data for this project. It is, essentially, re-inventing the wheel one more time for a new object project that doesn’t really get us to a coherent system that actually meets the stated criteria for serving riders and encouraging appropriate redevelopment. 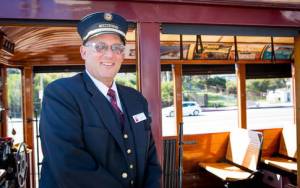 What all transit needs is someone obviously in charge.

What process would? The Twin Cities are poorly served by transit because there is not one agency that has complete control over the process. One agency that has authority over design, build, maintenance, and operation would be able to make the appropriate trade-offs between bus and rail transit in various corridors. Combining it with an established urban design center that is charged with implementing best practices of aesthetics, safety, and convenience would give us the ability to develop transit more coherently.

For example, the rail lines that exist may not go away tomorrow. The CP spur to the old Ford Plant is an easy buy, but what about the UP line to the great redevelopment site by the ADM elevators – now small and obsolete by any modern standard? Why does the CP need the Short Line when they can’t run double-stack containers through it with the short bridge clearance?

Only an agency that’s in it for the long haul could possible make those decisions that benefit an entire system. And it would be best for riders, too.

Such an agency would require a visible public face – a director who is charged with increasing ridership anyway they can. I imagine someone wearing a conductor’s hat, like the late Corbin Kidder sometimes did, and showing up on buses to ask people what they need to make their journey better.

Ultimately, the problem is accountability. Right now, we have almost none at all. That is what has to change. 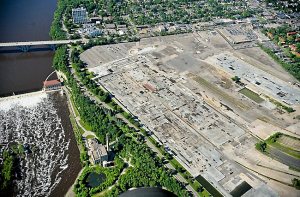 The Ford Site is the big redevelopment prize, but serving it will be hard.

Where do I see the Riverview Corridor running? What mode would work best? I honestly don’t care that much because anything we come up with will be a compromise – yet another “object project” that is inadequate in one or more ways. The worst mistake we can make would be to duplicate the Blue Line, where an attempt to be all things for all considerations ultimately served none of them particularly well.

The problems we face are not a matter of will to make transit happen. They are a matter of accountability and vision. We aren’t going to get that with the system we have now, necessary as it was to get the Hiawatha Line built in the first place.