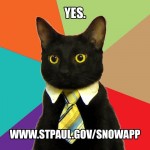 If you’re like me, you’ve heard people complain about Minneapolis or St. Paul’s snow emergency rules, that they’re complex and burdensome. In reality, these complexities may be a pain a handful of times a year they apply, but they allow for better cities all year long.

If you speak Minnesotan, you know that a snow emergency is an event that triggers different rules for how people park vehicles on streets. There are four basic ways cities get their streets plowed after big snow events:

I’m here to convince you that staggered snow emergencies are the best for cities.

For the sake of comparing our options, I’m going to combine “Perpetual War on Winter Terror,” cities that prohibit overnight parking all winter, with all-or-nothing snow emergencies since more onerous parking rules will exacerbate the outcomes described below. 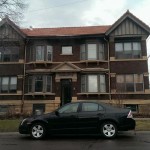 But where do I park?

As low-income people are increasingly displaced from the core cities to suburbs, they face additional challenges during snow events. The working poor are shunted into disparate and car-dependent neighborhoods, despite being less able to afford cars and all their associated expenses (including off-street parking) in the first place. And there are a growing number of households with more than two working adults, and likely more than two cars, sharing small homes or apartments.

A fellow streets.writer and Richfield resident has noted how the ticketing and tow trucks feast on parked vehicles near low-income apartments in his neighborhood. “If you can’t do the time, then don’t do the crime,” right?

It’s not so simple, especially for communities that already struggle to adapt to a car-dependent land use in the suburbs. It would be elitist for wealthier suburbanites  who have garages for their cars, work traditional schedules, and are better-informed of such events by news organizations simply because their first language is English, to dismiss the effects of a complete ban on street parking on a population that has few of these advantages.

Regardless of the reasons, we need to look at the outcomes. And it looks like the outcome of forcing all cars off the street for a given period of time is harmful to those who can least afford disruption in their lives. 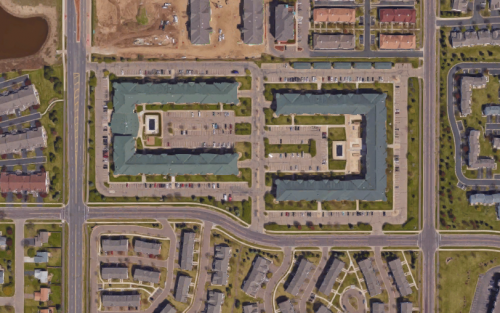 Apple Valley will have the surface parking, with a side of apartments.

There’s a reason cities like Minneapolis and St. Paul have staggered snow emergencies. We’re dependent on our street parking. But that’s a good thing! The alternative is to depend on off-street parking, which costs everyone more and harms the places we all enjoy. And we’ve already paid for excess pavement widths, right? We might as well use it for parking – even if there’s not enough demand to justify charging people for it.

How does this look in practice? While Minneapolis and St. Paul have seen a rapid replacement of surface parking with valuable buildings to house people and businesses, cities with all-or-nothing snow emergencies have extremely high minimum parking requirements. Parking spaces required for every dwelling, every bedroom, every thousand square feet of restaurant, every linear foot of church pew, and on and on. (Seriously, go check out the minimum parking tables in any city’s zoning code, for a laugh.) If cars can’t be parked on streets overnight or during snow emergencies, we need to ensure cars have homes – and homes away from homes. Could that be so bad? 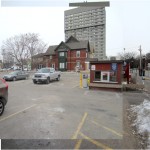 This Dinkytown surface lot was replaced by 140 apartments.

If more land is consumed building surface parking for cars – whether due to consumer demand or municipal zoning mandate – then less land is available for buildings and other higher-value land improvements. It’s quite simple. Of course, snow emergency and winter parking policy seems to be strongly correlated to the prevailing land use. Restrictive street parking policies do not necessarily cause the suburban development pattern. But they are an indicator of how much private land is devoted to parking instead of other uses.

Here’s a simple look at 38 cities of 10,000+ population in Hennepin, Ramsey, and Dakota counties. Cities with “Perpetual War on Winter Terror” parking policies are generally all second ring and beyond. And also Edina.

First ring suburbs are the ones who generally allow overnight parking, but have a snow emergency policy requiring all parked cars off the streets until cleared. Only Minneapolis and St. Paul appear to have a staggered parking policy for snow emergencies. 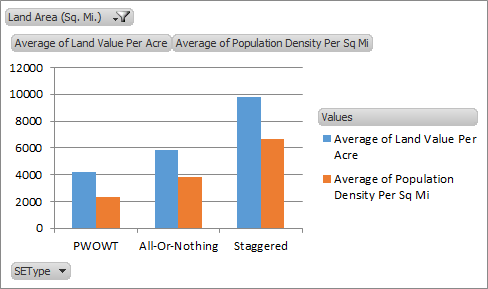 Average city value per acre for each type of snow emergency, alongside population density.

There are three periods to a Minneapolis snow emergency, and each one involves removing well under half of the total available street parking at any given time. It may seem like a pain to move a car a few times. It may seem like a pain that our streets aren’t fully cleared until the third day after a snow event, and even then they aren’t cleared as well as many suburbs.

You can still park on the street during a Minneapolis snow emergency. Luxury.

But the staggered system is better than requiring all parked cars to be off the street at any given time, since we are then afforded the opportunity to develop with less off-street parking.

There’s a high opportunity cost for nicely-cleaned streets the morning after a snowstorm, and that’s urbanity. Because Minneapolis and St. Paul allow cars to remain parked on some of our city streets at all times through snow emergencies, we are then afforded the opportunity to intensify our land use and develop with less off-street parking. This policy helps us build denser neighborhoods, with more demand for a mesh of walkable businesses and services. This policy also helps cities grow their tax base per acre, and reduces their per-capita infrastructure liability (future taxes).

All that for a little mess a few times a year? What a good deal for cities. Suburbs should adopt this model, and have a staggered parking policy during snow emergencies.

35 thoughts on “The Value of Snow Emergencies”