This article is provided to streets.mn by The Line, an online publication about the creative economy of the Twin Cities. Streets.mn and The Line share content to further conversations on land use and transportation in MSP.

“MSP and Portland, Oregon, are the only two major U.S. metros with strong regional government bodies,” she says. That doesn’t necessarily preclude strong transit authorities or ambitious transit projects: the Dallas-Fort Worth Metroplex, a sprawling, 13-county area that’s much larger than MSP and has no direct analogue to the Met Council, boasts 90 miles of light rail track. MSP has just 23.

But thanks to the Met Council’s historic support of transit-oriented development (TOD), and lately Galbraith’s own work, MSP’s development patterns align well with the Metro Transit system — at least in the core cities and in many suburbs.

“Our job is to explain to cities and stakeholders why TOD is a good thing,” Galbraith says. “We are the region’s resource on TOD matters: a one-stop shop” for local governments, developers, institutions and community groups.

Bus and rail lines aren’t uniformly distributed across MSP, so it’s no surprise TOD isn’t, either. Still, let’s look at three transit-rich neighborhoods embracing, shaping and pushing back on TOD in their own ways.

Since the first conceptual plans were released in the mid-2000s, the Green Line has been a source of hope, apprehension and controversy for Frogtown’s diverse, largely working-class population. Locals rightly worried whether market-rate station-area TOD would price them out of the district. Business owners along University Avenue fretted over the financial impacts of scarce parking.

“We believe this work we’ve done on a neighborhood level is a model for other light-rail communities locally and nationally,” Nieeta Presley, ASANDC’s executive director, told The Line in 2014.

Frogtown’s TOD resurgence actually started when the Green Line was still just a gleam in city planners’ eyes and the 16 bus ruled the University Avenue roost. University Dale Apartments, a hulking structure at the southwest corner of University and Dale, went up in the mid-2000s and provided workforce housing in an area that sorely needed it. More importantly, University Dale pushed the limits of what was then deemed possible in Frogtown, paving the way for future TOD. And, as the home of the Rondo Community Outreach Library, it’s a key gathering place for local residents. 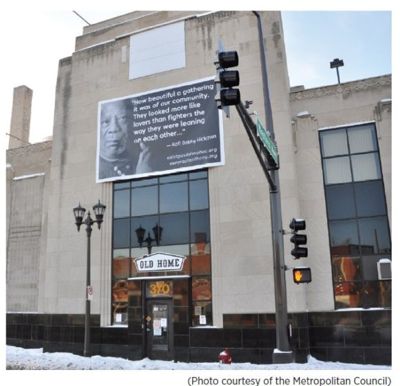 Frogtown’s community-driven TOD accelerated after the Green Line’s opening, when ASANDC’s Western U Plaza sprang up in and around the historic Old Home Dairy Building near Western Avenue Station. Like Frogtown Square, Western U mixes ground-floor retail and upper-floor housing, including (in a sign of the area’s improving economic fortunes) some market-rate units. The project is a powerful affirmation that workforce TOD doesn’t have to be drab, utilitarian or anti-historical. And it’s sure to serve as a model for Frogtown’s next crop of TOD projects.

Not every Frogtowner lives in multi-unit TOD along University Avenue, of course. Local homeowners who want to contribute to the neighborhood’s growth may soon have a “gentler” outlet: accessory dwelling units (ADUs) on owner-occupied, single-family lots. St. Paul’s proposal calls for ADUs within a half-mile radius of University Avenue. Though the idea isn’t without controversy, Minneapolis’ ADU program seems to be working well, and Frogtown-area ADUs could provide a valuable source of income for owner-occupants — not to mention more foot traffic for University Avenue businesses.

St. Paul’s skyline isn’t teeming with cranes. That’s not for a lack of TOD in its downtown core. Rather, much of the transit-oriented development happening in St. Paul’s historic heart involves repurposing and refurbishing underutilized buildings for 21st-century uses. Projects like Rayette Lofts, Custom House and the Macy’s Building redevelopment, all within walking distance of the Green Line and several high-frequency bus lines, are drawing new residents and businesses to the area.

That’s good news for the local tax base. But it’s not so welcome in Lowertown’s creative community, which is feeling the squeeze from rising rents. Constrained by its compact geography and historic building stock, Lowertown isn’t likely to add millions of square feet of new commercial and residential space (as is currently happening in Minneapolis’ Downtown East district). As millennial-friendly companies like Three Deep Marketing and West Academic move to the area from suburban office parks, long-established artists and craftspeople are looking for cheaper space along West 7th Street and farther-flung neighborhoods.

“Our biggest concern around transit-oriented development is displacement,” says Galbraith. “There was a time, not long ago, when developers wouldn’t touch downtown cores. Often, once a demonstration project is built and demand surges, there’s a wholesale [development] rush into the area — and then, suddenly, everything is unaffordable.”

These plans set out a vision and framework for equitable (or at least organized) development. In Lowertown, advance planning has likely prevented wholesale displacement to this point, though it’s hard to assign clear cause and effect.

A few miles west of Lowertown, Snelling Avenue is among MSP’s liveliest TOD corridors. The A Line, the first of a dozen proposed aBRT lines around the metro, is slated to connect Rosedale Mall with the Blue Line’s 46th Street Station, with Snelling and Ford Parkway as its primary rights of way.

By connecting MSP’s two busiest transit lines with considerably faster and more frequent service than the existing 84 bus, the A Line will dramatically change the transit calculus in an already busy corridor.

Consider this, Galbraith says, by way of comparison: “In the early days of the telephone network, when there were just a handful of users, phones weren’t very valuable. You could only call so many people. Today, nearly everyone has a phone and it’s hard to live without one.” The same principle, albeit in less dramatic fashion, applies to transit. Now that it’s much easier to take transit to key points on Snelling, interest in TOD is accelerating there. (The Green Line’s opening had a similar effect on the Blue Line, adds Galbraith: connections create value.)

The new Vintage on Selby, for instance, a joint venture of Ryan Companies and Excelsior Group, is a massive structure including more than 200 apartments, townhomes and penthouses arrayed above and around a gleaming new Whole Foods Market. Its 20 floorplans are named for classic film stars (Bogart, Astaire, Monroe). Rents for one-bed, one-bath units start at $1,350: workforce housing this is not. But for affluent professionals taken with the eclectic, up-and-coming Merriam Park neighborhood and enticed by the prospect of a 25-minute transit ride to either downtown, it may be enticing. 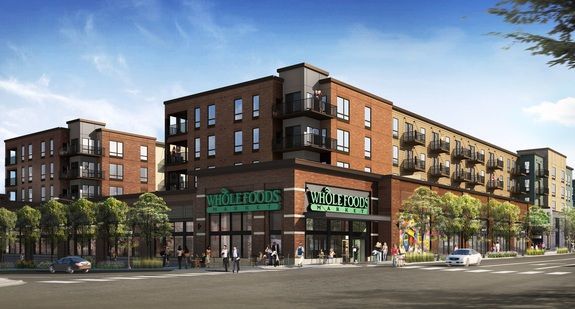 Vintage on Selby probably won’t be the last out-of-scale market-rate development to plop down at a major Snelling intersection. And at the moment, local stakeholders are interested in a much bigger prospect: the Minnesota United stadium and adjacent Midway Superblock redevelopment, slated to transform 34.5 acres of prime, currently underutilized real estate near the Snelling-University intersection.

It appears likely that the stadium will be built, though much needs to be worked out: parking, traffic flow, pedestrian connections, water infrastructure upgrades. The Midway Superblock is a bit hazier, but it’s likely to include a rebuilt street grid, office buildings, market-rate and subsidized housing, retail, a high-end cinema, ample public space and  “district systems” components (such as shared stormwater management).

Though the project is city-sanctioned and draws on input from local stakeholders, the stadium-area redevelopment clearly isn’t community-driven (Frogtown) or historically aware (Lowertown). It’s big, ambitious, disruptive, and potentially game-changing for what’s now among MSP’s most transit-rich districts. Done right, it’ll create the A Line’s single most popular destination, and the Green Line’s top three or four (after the two downtowns and the East Bank). It could also foment an entirely new community — what St. Paul’s plan describes as “a new neighborhood district respective to surrounding existing neighborhoods.”

Planning for a transit-rich future

Frogtown, Lowertown and the Snelling corridor don’t have a monopoly on TOD in MSP. Other districts along major transit lines, notably Prospect Park and the North Loop, are changing dramatically, too.

The effects of these changes aren’t always clear. The North Loop has thus far avoided the displacement issues vexing Lowertown, “largely because there weren’t many residents there before,” says Galbraith, though newly established residents now appear to be finding their collective voice and pushing back on out-of-scale projects, for better or worse. Prospect Park is in the throes of a residential building frenzy, but city-sanctioned plans for a futuristic innovation district there — MSP’s first true live-work-play neighborhood built around 21st-century technology — present a host of unknowns for current residents.

How might future transit projects, and associated TOD, affect other transit-dependent communities across MSP? On the Northside of Minneapolis, Metro Transit’s long-term planning calls for three aBRT lines there, plus a segment of the Blue Line extension. The Northside’s first BRT line, the Penn Avenue C Line, could enter service as early as next year. Community-driven, public-private developments like Penn Commons and Broadway Flats offer promising clues about what future TOD could look like along Penn Avenue.

But, per Galbraith, more transit means more value: what’s to stop the North Loop’s $1,500 studio rents from creeping north and west, dragging working-class, transit-dependent Northside residents in their wake? Similar issues loom on the horizon for St. Paul’s Greater East Side and West End districts, whose newly affluent pockets may one day connect to the city’s revitalized downtown via aBRT or streetcar.

In the end, it’s probably best for local stakeholders to internalize Frogtown’s simple, powerful lessons: build what locals need and want, when they need and want it, and adjust as those needs and wants evolve.

Brian Martucci is The Line’s Innovation and Jobs News Editor.
For more stories of ideas, innovations, and solutions in cities, follow @Issue_Media and@TheLineMag on Twitter.