Here’s a pair of maps from two sources at the University of Minnesota, both showing a similar picture about race and diversity in Minneapolis, though from different angles.

The first, from the Institute for Metropolitan Opportunity: 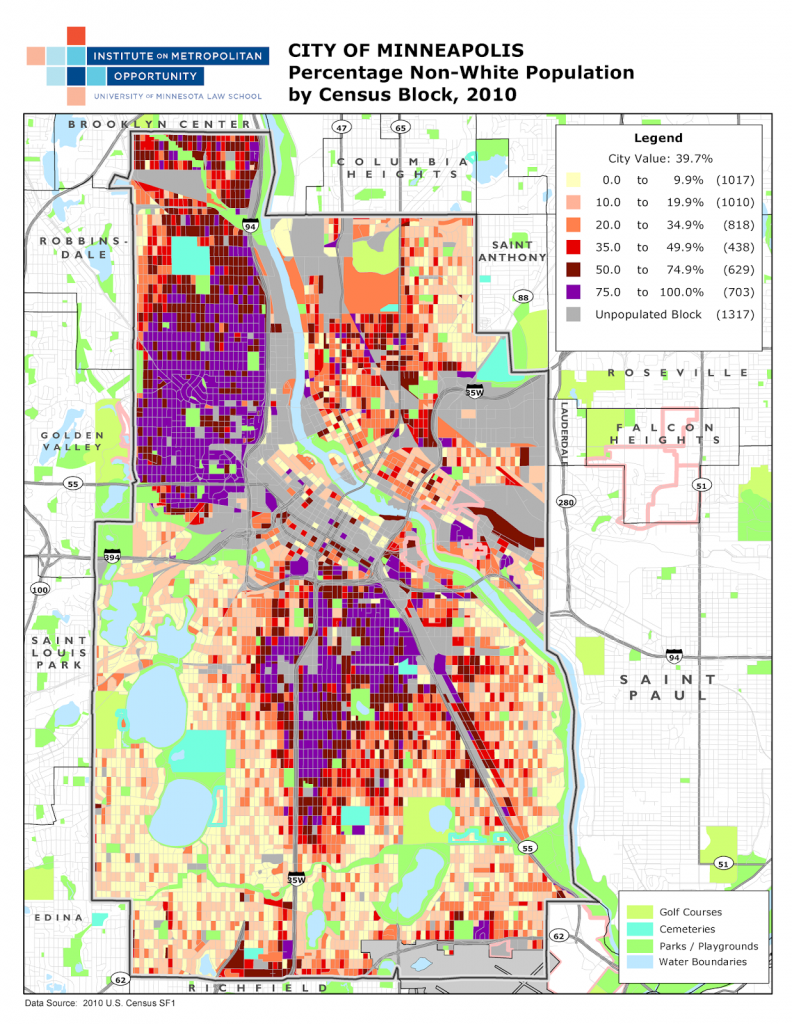 In a blog post on the map, researcher Will Stancil writes:

Predominantly nonwhite communities form two distinct “blobs” on the map that grow and change over time. The dynamics of segregation — both the inability of nonwhite residents to find housing outside of racially concentrated areas, and the tendency of white residents to flee from an area as it racially transitions — ensures these “blobs” remain coherent and well-defined on the map, even as the city’s nonwhite population grows rapidly.

Here’s another visualization of a very similar map, from the UMN’s Center for Urban and Regional Affairs: 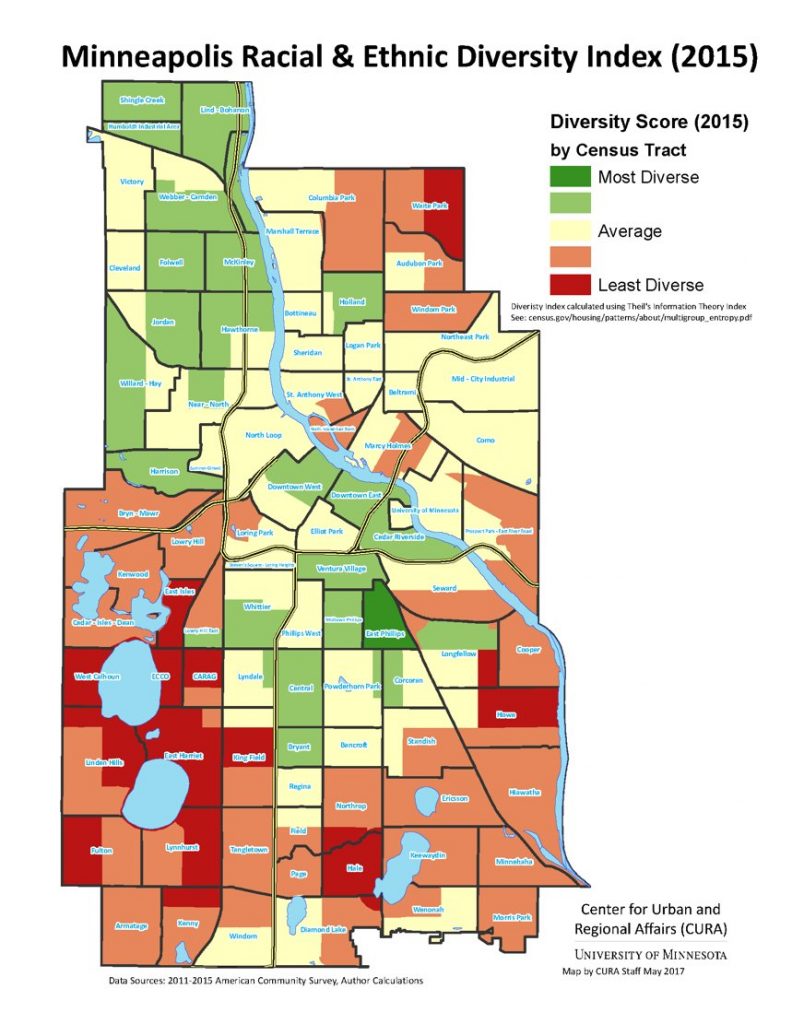 In this map, a “diversity index” is used that contrasts racial and ethnically balanced areas with ones with that have a single dominant group.

Taking a different approach on the segregation data, researcher and PhD student Tony Damiano points to how white neighborhoods become normalized in discourses. From a series of Damiano’s tweets:

It’s interesting to me to see two ways of looking at the same picture.