Here’s a map that divides US states into four categories according to whether or not people are moving in or out of the state, and where those people are coming from. Via Alex Bauman on Twitter and the great state of Oregon, you can see that Minnesota turns out to be an “insular” state, along with much of the Upper Midwest.

Here’s the map, followed by a brief explanation: 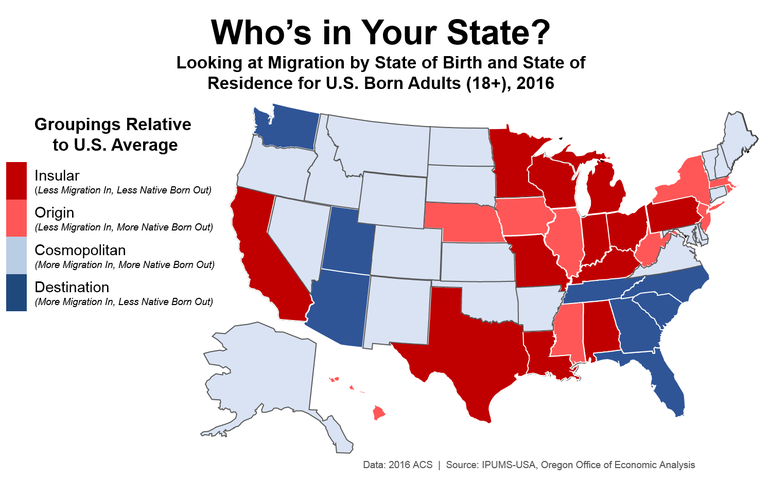 The map is generated by comparing state’s ranks of migration above or below the national average. Here’s the chart where you can view those quadrants, with Minnesota highlighted: 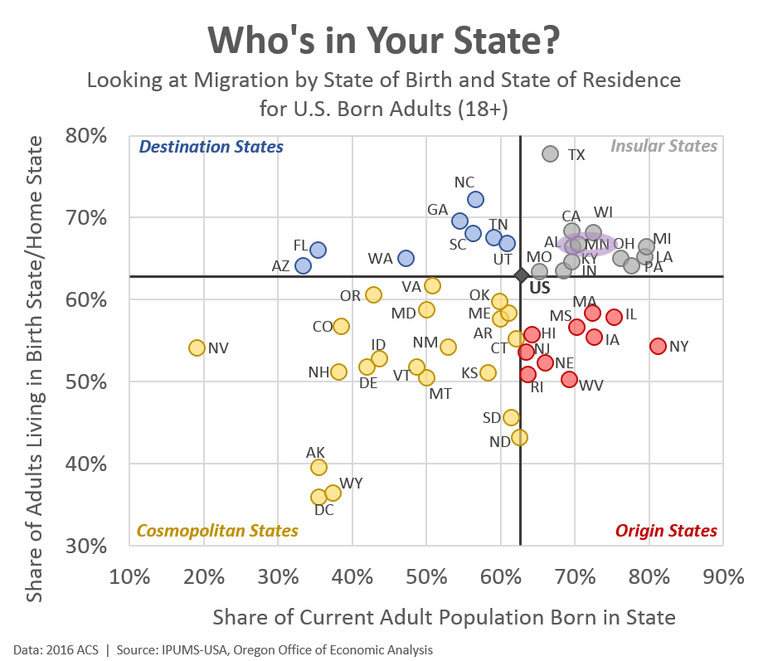 The explanation from Josh Lehner, the chart maker:

This might not surprise any locals, but people in the Midwest and in Minnesota have a lot of migratory inertia, and tend to stick around. It’s also not one of the states (like Nevada, Florida, or Arizona) where lots of people are moving from all over the rest of the country.

4 thoughts on “Map Monday: US States by Migration Patterns”