Here’s a maddening and entirely believable map from a think tank called the Urban Institute out of DC. It shows the size and scale of the gap in homeownership rates between African-Americans and whites in the US.

As described by the report’s authors, “the dots’ color represents the magnitude of the disparity, and the dots’ size is scaled to the number of black households in the metropolitan statistical area.” 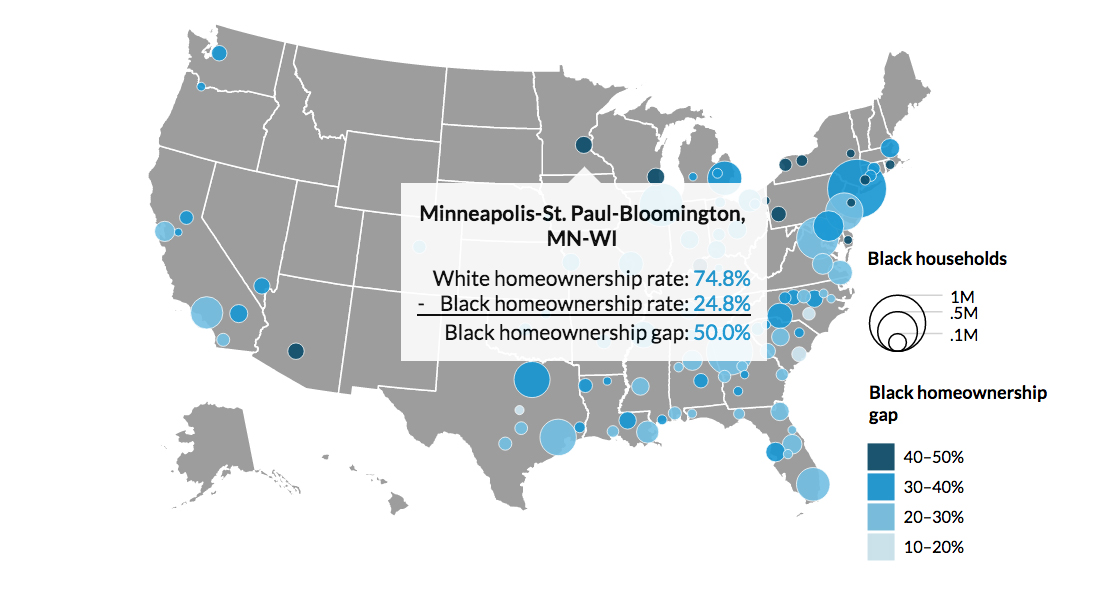 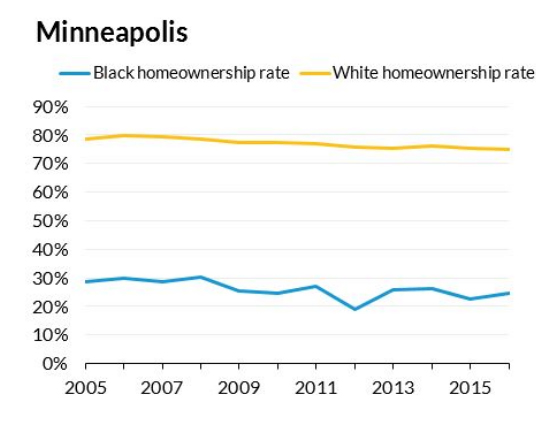 The Minneapolis metro ranks as the worst metro area in the country for the size of the gap. The authors describe the situation in the midwest and northeast thus:

Northeastern and midwestern cities have the widest homeownership gaps between black and white residents. Four of the five metropolitan areas with the largest number of black households—Atlanta, Chicago, New York City, Philadelphia, and Washington, DC—are in this region. The two cities with the biggest gaps—Minneapolis, Minnesota, at 50 percent and Albany, New York, at 49 percent—are also in this region.

Even worse, the Twin Cities is moving backwards here. The report shows in this pull out chart.

There. I hope this ruined your day, as it should. Let’s figure out how to heal this longstanding wound. 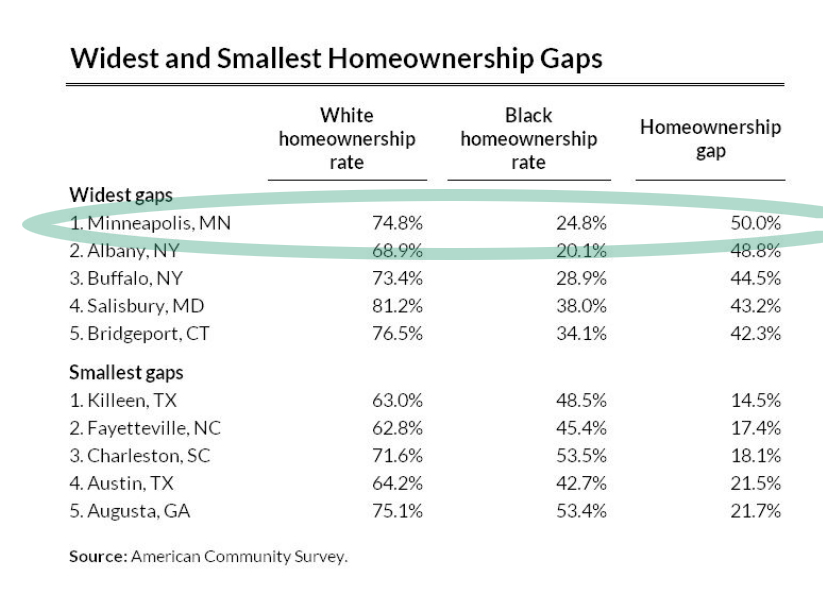