You may have heard that Minneapolis has been working on a big project to overhaul its comprehensive plan. At least you’ve heard from some that those evil social engineers are trying to cram a one-size-fits-all plan to build tenements to replace every single family home and banish the sun from backyard gardens across the city (because someone wanted to give that narrative a chance to blossom).

The need for wild speculation and scare tactics is over, because the draft plan is out! It’s huge and I wanted to get the conversation started with some first thoughts.

The first thought is that no, “fourplexes everywhere” does not mean allowing four stories on every lot. In my neighborhood in what is sometimes jokingly referred to as North Richfield, the plan calls for our immediate neighborhood to follow the “Interior 1” built form. The guidance for the built for of that type is:

New buildings in the Interior 1 district should be primarily small-scale residential structures on traditional size city lots with up to four dwelling units, including single-family, duplex, 3-unit, 4-unit, and accessory dwelling unit building types. Building heights should be 1 to 2.5 stories.

Sure, you can build a fourplex, but you’re not going to get to build it to the sky right next to our 1.5 story that the realtor called a “Cape Cod”. The vision apparently looks something like this: 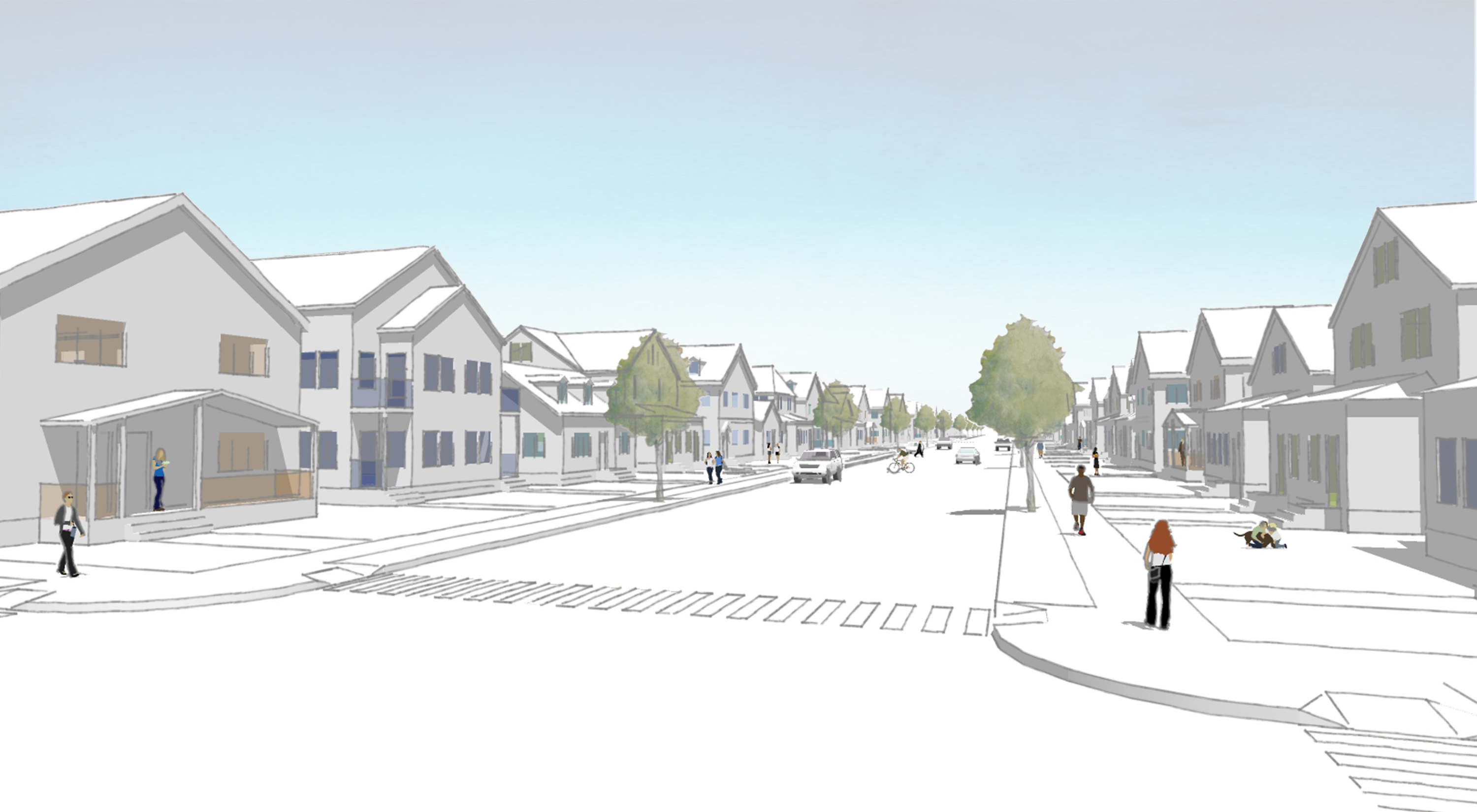 Hopefully we’ve got more mature street trees than that around but regardless, those structures are bigger than most (but not all) of what’s currently in our immediate neighborhood. I personally doubt we’ll ever get to the place where all of the current structures are replaced with new ones under the new rules, so we should probably be picturing a mix of old and new instead. Nonetheless, we’re already getting new structures of this size:

As I mentioned those particular lots are one block from a bus route, so they aren’t “Interior 1.” Under the draft plan, they are “Interior 3” which means they could add an extra floor as a transition to the lower intensity of the neighborhood interior from the “Corridor 4” form allowed on Bloomington, which would be allowed to look more like this: That level of activity and retail this far south in the city seems a ways off, but we can dream, can’t we?

15 thoughts on “Not So Tall After All”