Here’s a handy chart that shows how the USA ranks a set of against other peer countries like Canada, Japan, Australia and a bunch in Europe. Red is the color the chart uses to denote its “worst” ranking. 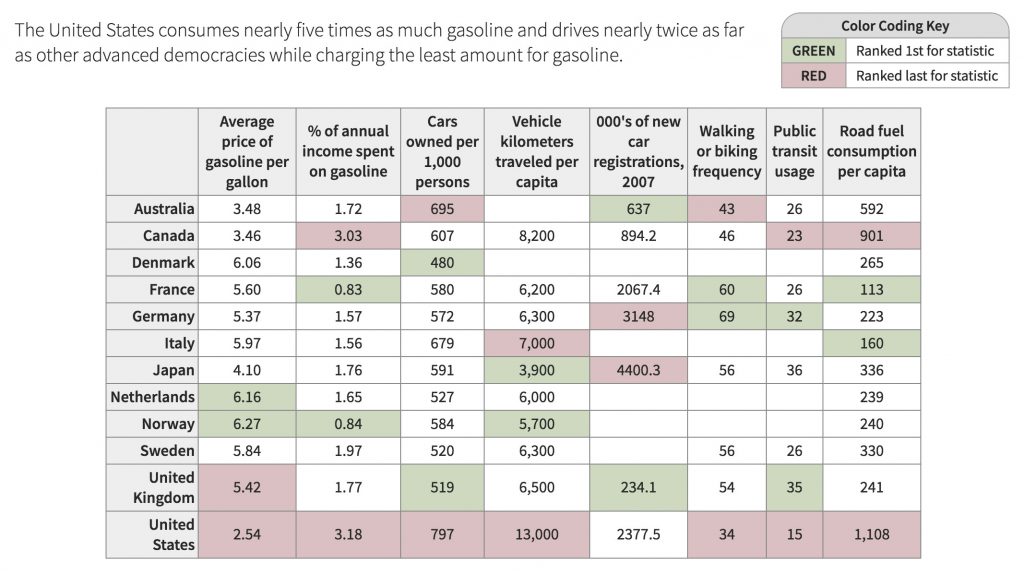 Some of the data is newer, some is older.

Not much to add about this one. The reason there are so many new car registrations in Japan are because the government there bans cars that are older than a certain number of years.

5 thoughts on “Chart of the Day: Key Transportation Statistics, US vs. Peer Countries”