Here’s a chart from, Aaron Renn, an urban economic consultant who has been critical the Twin Cities for some time now as not being attractive enough to national movers and shakers.

In his recent blogpost, he writes about how domestic in-migration to the metro area is up slightly, but why he does not think much of these data.

Here’s the chart that’s the kicker: 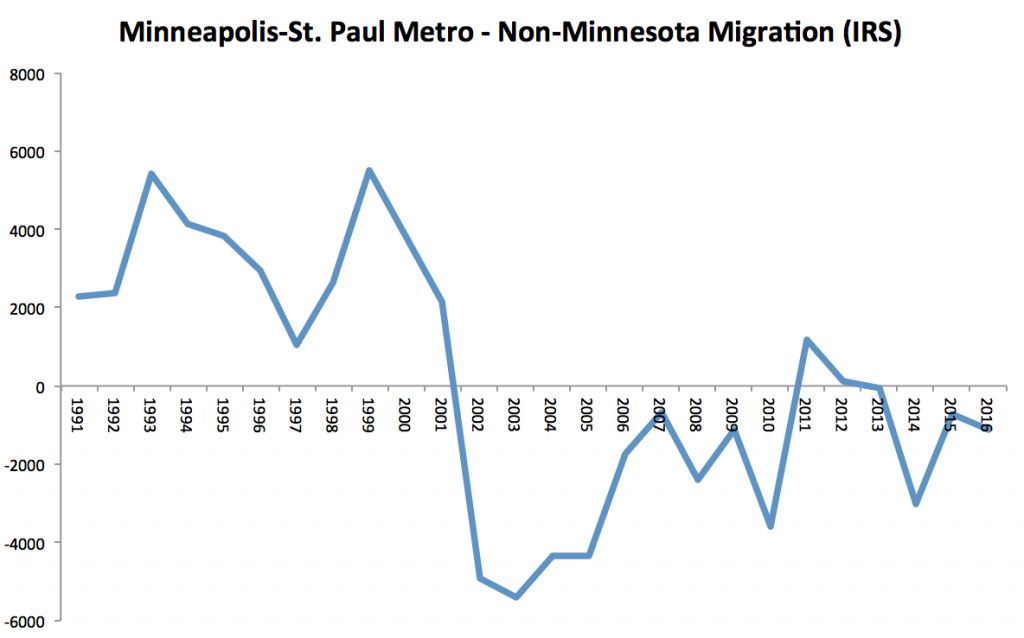 Here’s my bottom line. A one or two year uptick in a key measure is good news and something to be celebrated. But when local boosters are sending me this to try to suggest MSP is different from the rest of the Midwest, that’s a problem. Because it’s exactly like the other higher Midwest performers like Columbus and Indianapolis.

Minneapolis is still failing at attracting national talent and that’s a 911 emergency for the region. Nothing in this data changes that as of yet.

Renn has been critical of the Twin Cities place as a economic leader in the midwest for a while. I wonder what kind of solutions he might have for making the Twin Cities more attractive to people from the East and West Coasts? I also wonder if anyone in Minnesota should even care about this.