Metro Transit has 14 lines that they advertise as high-frequency. According to Metro Transit, these lines, or the portions of them that are high-frequency, will have service every 15 minutes from 6 AM to 7 PM on weekdays, and from 9 AM to 6 PM on Saturdays. But do they? 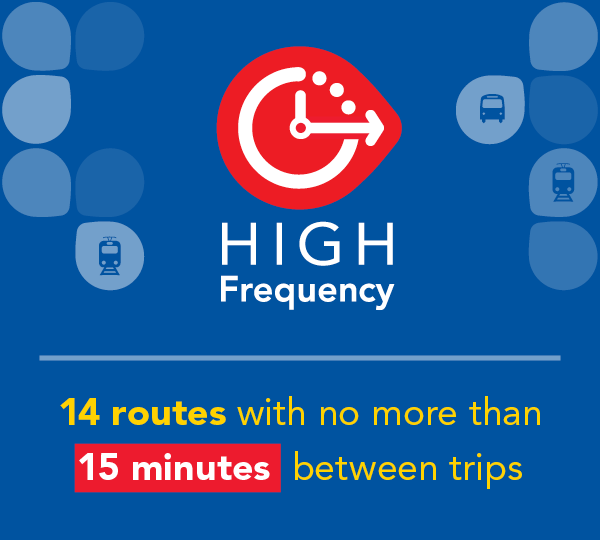 To find out, I checked out each of the 14 lines to see if they meet that standard. For the sake of testing, my guideline was that I must be able to, based on the scheduled timetable starting March 9, 2019, arrive at any timepoint along the high-frequency portion of a route during the designated high-frequency hours and be able to board a bus or train within 15 minutes. There’s three lists:

Let’s dig in! A quick disclaimer: There’s likely some frequencies I missed, and there’s a chance I did some math wrong in my head. Sadly, there’s enough different times where the routes don’t meet the standard that one or two errors on my end likely wouldn’t bump the route to true 15-minute frequency.

TL;DR: every route that isn’t a “rapid” route (either aBRT or LRT) fails to meet a strict high-frequency standard, and many don’t even meet a more forgiving standard.

Sure, all of this is interesting, but what does it mean on a practical sense? For me, it means three things:

Hopefully, these situations can be improved, and we can get our high-frequency network back to high-frequency soon, for the good of transit riders across the metro!

24 thoughts on “Auditing the High-Frequency Lines: Are They Truly High Frequency?”