The Bicycle Alliance of Minnesota proved the authenticity of its name at the organization’s annual meeting on Saturday, June 8, with a showcase of bike- and pedestrian-friendly initiatives throughout the state that BikeMN is either leading or supporting.

From honoring an African-American bicycling club that just celebrated its 20th anniversary in Minneapolis to helping tiny Walker, Minnesota (population 934) earn national recognition as a bike-friendly community, BikeMN is at the forefront of propelling Minnesota into a second-place ranking among bike-friendly states.

Our pride-worthy statistics, as defined by the League of American Bicyclists:

“Our mission is to get more people on bikes more often,” said outgoing board chair Todd Guerrero. “That helps the state, individual communities, our health and the environment.”

Walking (and riding) the talk

That mission came to life this past Saturday through the Minnesota Bike Awards the Bicycle Alliance bestowed on the activists, athletes, art lovers (yes, We Bike Rochester has a sculpture program for its trails) and general interest bikers who are working to raise the profile and improve the safety of the sport. 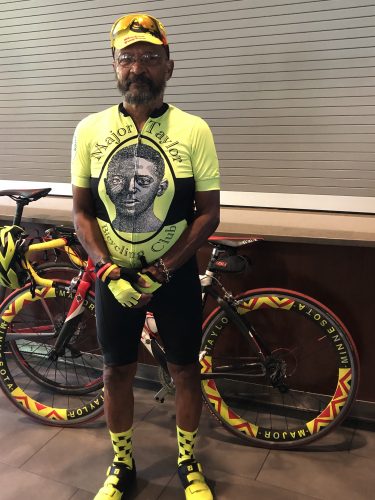 Lifetime Service Award: “When we first started riding, people would ask: Why are you out here on bicycles? Black people don’t do this,” said Louis Moore, 78, president of the Major Taylor Bicycling Club of Minnesota. The group is named for Marshall Walter “Major” Taylor (1878–1932), a black athlete who captured seven world records at the peak of his competitive cycling career.

Moore hands out a business card that describes the bike club as “predominantly African American riders” who host a recreational ride every Wednesday at 6:30 p.m. from the Midtown Bike Center on the Midtown Greenway.

Biking has been part of Moore’s life for 60 years, since he was a young adult, and he wants to bring “my community” into the sport of cycling to deal with medical issues and promote health. “People believe that people of color don’t get involved in these kinds of sports: biking, tennis, golf, swimming,” he said Saturday when accepting his award. “We need to continue to expand their participation.” 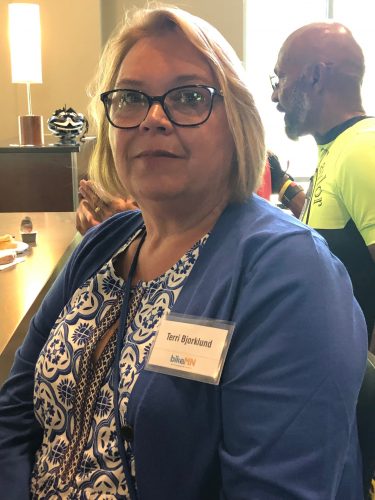 Terri Bjorklund of Walker, Minnesota, honored for its bike-friendly businesses

Walker, Minnesota, on Leech Lake — south of Bemidji and with three trails (including the Paul Bunyan Trail) converging downtown — now has eight such businesses, giving it the highest number of bike-friendly businesses per capita in the nation. Grilley helped with the applications to the League of American Bicyclists.

“The economic drive for our community is huge,” said Terri Bjorklund, who drove 200 miles to attend the Bicycle Alliance awards, hosted by the University of St. Thomas in St. Paul. “Biking is one more avenue besides fishing, boating and the few resorts that are left. We’re basically a tourist town, and it keeps people healthy and outside during the summertime.” 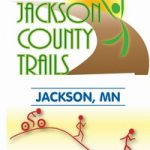 Bicycle Friendly Community Champion: Judging by the staff and clientele of high-end urban bike stores, most cyclists would appear to be youthful, spandex-clad men riding accessorized $5,000 machines. Not so in Jackson, Minnesota, a county seat of 3,221 people in the southwest corner of the state, where three now white-haired women founded Friends of the Jackson County Trails in the 1990s and “staked out a vision,” said Grilley, to make their community a cycling hub for all ages and abilities.

Nine-miles of bike-friendly trails, an investment in trail signage, a youth-adult bike-riding club and bike-safety education for elementary-school children helped Jackson last year become the first bicycle-friendly community in southwestern Minnesota. It hosted its annual Bike to Work Day in Jackson on May 19.

What do Minnesotans want?

Eighty-one percent of Minnesotans want to bike more often. Sixty-five percent never or “only sometimes” feel safe while cycling, and those in greater Minnesota cite a lack of connected trail networks as a hindrance. 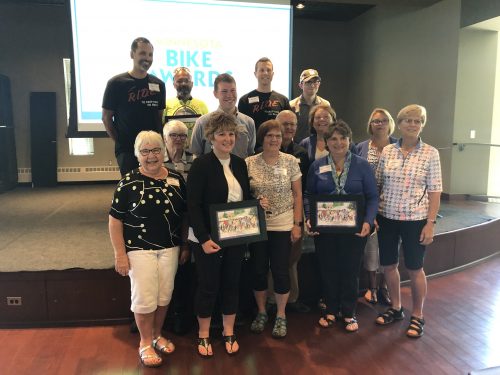 Those are among the early-stage results of the Great Minnesota Walking and Biking Survey, a 77-question survey that BikeMN administered to 3,000 riders earlier this year.

Making biking easy, safe and fun were the survey’s three focus areas, explained Will Wlizlo, the Bicycle Alliance’s membership and IT manager. “We started with BikeMN members, but we also wanted to get out of our bubble and reach cyclists and pedestrians who’d never heard of us.”

With bike-friendly businesses a priority for the organization, Wlizlo noted that “making biking fun” includes helping people cycle to work. End-of-trip facilities (such as showers and up-to-date racks) make a difference, he said, but so does a community’s attitude toward cyclists.

Ten percent of survey respondents said their city or community is “actively hostile” to biking, seeing it as an annoyance or an outright danger on roadways meant for motorized vehicles.

Donating time or money and participating in programs are the primary ways to support the Bicycle Alliance of Minnesota.