very day at The Overhead Wire we collect news about cities and send the links to our email list. At the end of the week we take some of the most popular stories and post them to Greater Greater Washington, a group blog similar to streets.mn that focuses on urban issues in the D.C. region. They are national links, sometimes entertaining and sometimes absurd, but hopefully useful. 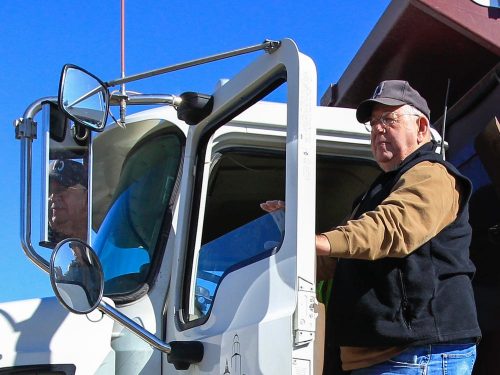 The 1980 law that led to big box stores: The Motor Carrier Act of 1980, passed by President Jimmy Carter, slashed the cost of moving goods by truck, reducing the pay of millions of truck drivers by 50% and essentially created big-box retail. The law deregulated the trucking industry in hope to get rid of red tape and force competition, thus reducing good prices that big box and online retailers thrive on. But ultimately it has led to lower wages for truck drivers and a consolidation of retail competition. (Rachel Premak | Business Insider)

Will the pandemic alter urbanism? The great debate of whether coronavirus will alter urban living and to what extent has been a constant since the beginning of the pandemic. Despite evidence of density’s minimal role and the blame being on crowding, the debate of the future of urbanism continues. Cities are less car-centric, remote work has spread to stay, and planners are aiming for better racial justice. (James Brasuell | Planetizen)

Where will America’s remote workers live? If workers are no longer attached to cities and urban centers following an increased business lenience for remote work and teleworking, where will they opt to live? Since it is possible for some to work from anywhere now, where will people stay if they can live anywhere? Proximity to family and personal finances is likely dominate the decision. Other determinants are climate, reliable internet, open space and more. (Bonnie Kristian | The Week)

Changing the narrative around housing: Research suggests that supporting housing justice policies is imperative in combating the housing crisis. But to look deeper into how housing justice could be advanced nationwide, several groups dove into housing narratives and framing that resonated with people. What they found was that values resonate more than problems and policy solutions; for example the idea of ‘affordability’ frames housing as a commodity while housing as a human need resonates with people on a more human level. (Miriam Axel-Lute | Shelterforce)

Dutch city changes green footprint for climate adaption strategy: To combat the effects of climate change, the Dutch city of Arnhem has put together a 10 year plan that will remake the city in order to respond to more extreme weather events like intense rainfall and heat. Adaptive measures include replacing 10% of the asphalt in the city with grass for heat control and rainwater retention, building more shade in shopping districts, and planting trees to create “cooling down” spots. (Daniel Boffey | The Guardian)

Harris County TX commissioner Rodney Ellis discussing the implementation of an equity metric on how flood control money is spent in Houston in the New York Times.

This week on the podcast, University of Michigan assistant professor Rob Goodspeed joins us to talk about Scenario Planning for Cities and Regions.