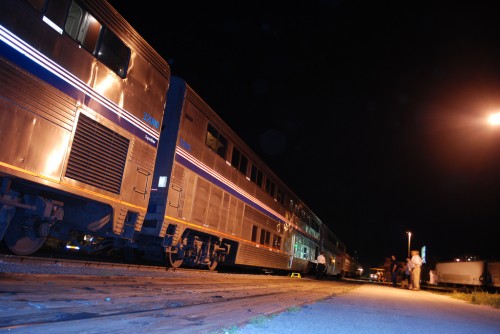 Apparently, amid the rising ridership of Amtrak — which had a record year in 2012, and has been busting records through March 2013 — there is a new class of passengers clamoring to get on. And pee.

Yes, it’s apparently time for the Pets on Trains Act of 2013.

Per the Humane Society of the United States:

Amtrak currently does not accept animals unless they are assistance dogs. Passengers traveling on Amtrak must either leave their pets at home or seek alternate transportation. This can result in additional hardship and expense on behalf of the owner if Amtrak, the national rail operator, with more than 500 destinations, is their only option for transportation to a particular area.

You mean, the kind of expense faced by pet owners all the time, because you can’t always bring your pet everywhere you go? While pets are allowed on airplanes, they follow specific rules and seasonality due to temperature issues. Generally speaking, the pets are not allowed out of their carriers within an airline cabin.

There are specific rules proposed in HR2066:

It is being touted as a source of revenue for Amtrak, which runs at a loss/on a subsidy. Is that really necessary, given the increase in ridership? Many trains and routes are full up, without designating a car for pets. In many cases, non-pet owners may be forced into the pet car against their will (or the will of their allergy medications). 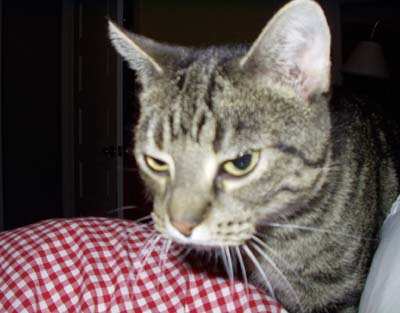 Many countries allow pets on trains as a standard. Most British trains allow pets free of charge, on a leash or in a basket. Thalys, a joint service of the Belgian, French, Dutch and German railways, allows dogs free of charge, but passengers “must ensure that other passengers agree to the presence of your domestic animal.” TGV between Belgium and France allow pets, but charge passenger fees for them. Eurostar does not permit pets. So it’s not as though dogs (and cats) on trains is unheard of — or that failure to allow them will dog a rail line to failure.

The idea that it will drive revenue and demand in the US, however, does seem to be a solution in search of a problem. Ridership is already booming.

However, perhaps in a Congress of gridlock, this bi-partisan bill will be the signature transportation legislation passed. Dogged sponsors will drive success. Truly a source of pride in a representative democracy.

Which is good. Samuel L. does not approve of snakes on a train, either.

4 thoughts on “Pets on Trains Act of 2013: A Solution in Search of a Problem”