You’re probably reading the various news stories out there regarding the Metro Transit study finding between 4.6 and 9 percent of Green Line Riders evade their fares in some way. Blue Line evasion rates are lower, between 2.6 and 3.6 percent. Go ahead and read the click-bait articles for a bit more information, and as always read the study itself to understand the methodology and conclusions.

Articles like these bring out the region’s finest; excellent terms like “hoodlum,” “Shiny Toy Train,” “free-loaders,” and “bums” are de rigueur for any worthy internet commenter. But how does the Green Line stack up against other transportation systems?

Well, for starters, we know fare evasion on proof-of-payment transit systems is extremely common. The report points out that 1994 fare evasion in the NYC Subway – a completely closed system with turnstiles and transit police – had fare evasion rates between 2.3 and 2.6 percent. 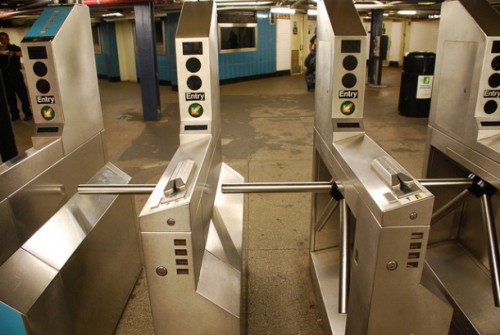 Los Angeles had fare evasion rates of 6% before spending millions installing turnstyles with marginal results. Even the Northstar Line, with mostly white collar exurban workers, is cited as having a  2% fare evasion line. Read more case studies on proof-of-payment here.

If you think that fare evasion is a failure found only in transit, think again. Virginia HOV violation rates were found to be in the high 20% range (document page 13). Oregon and Washington reported violation rates of 8 to 12 percent. 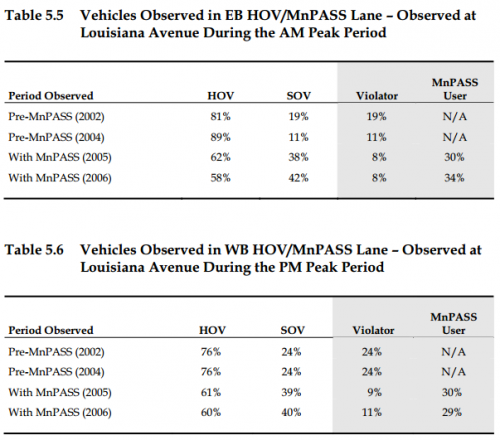 Violations for HOV (non-tolled) lanes on 35W ranged from 15 to 35 percent. I’m sure if data were available we would see similar trends in compliance rates for people paying to park on-street. We know parking tickets exist, and there’s a non-zero number of drivers who illegally park and get away with it. I guess what I’m saying is not that fare evasion isn’t a problem, but rather that we should put the problem in perspective before we jerk the knee.

We need to be asking better questions, not shouting at “wasteful choo choos.” Maybe in light of this information, Metro Transit would be well-served hiring a few more full-time-equivalent transit police heads to check fares. At what point does the marginal cost (let’s guess $100,000 per year salary + benefits) outweigh the benefits (fare compliance increase + fine revenues)? Even if we knew that number, would society be better if we instead spent that $100k on operating a bus route extra hours or built 16 transit shelters every year? These are the discussions we should be having. Please share if you agree.