Hello, capitalists. Good to see you here, I guess. My little brother and also the economy says things are going well for you. I’m doing okay. People used to work in factories screwing caps onto bottles of toothpaste, I hear, so pushing pixels seems easier and less dangerous than, say, being a longshoreman or coal miner. 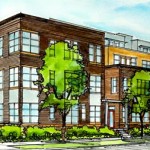 One thing that I have been thinking about lately is that it is allegedly kind of hard to build new things in Minneapolis, sometimes. And I do not know that that is generally the case! We in the “urbanist” camp are at times a bit dramatic about “NIMBYs,” a term that we recently discovered and should never say again.

That said, the parochialism of any given neighborhood meeting can at times be emotionally overwhelming, even if it’s not necessarily politically relevant in this particular cycle.

“You want to build a six story building? In the literal center of a major American metropolitan area? Blasphemy! I would prefer that the surface parking lot stay. I will continue to drive my Prius three blocks to the co-op.”

It is crazy because, given the makeup of a city like Minneapolis or even St. Paul, the people are generally very liberal, and will in the abstract support things like density and not dying in a resource war in twenty years. But people do not like change. A natural reaction! Everyone hates change.

(And you could not tell anyone that that is the game! Obviously.) 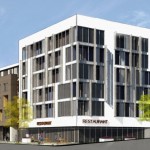 But, you know, it seems like six stories is kind of the norm around here, considering the fire code and the economics of building a given half-block sized apartment building in Minnesota in 2015 and providing all the things that you want. So maybe propose eight stories? Regardless of what you propose, it will certainly “not be right for the neighborhood.”

If you are trying to build a building in an area that is for sure going to raise hell about your despicable destruction of the parking lots of their community, maybe you could just have your architect sketch up the exact same thing you want to do except add like…two stories. More for certain areas. Go to a neighborhood meeting and let some people yell at you, then send an email to the neighborhood group with the exact same thing but two stories shorter.

They will have won a victory in their minds, where this debate is actually taking place.