I live a block from Lake Calhoun, so I’m on the lake’s bike and walking paths almost every day. When the weather is nice, these have to be the most congested recreational bike and ped facilities in the state, and probably several states in any direction. People clearly love Calhoun, but small discourtesies and thoughtless behavior mar the experience when it’s busy–or even when it’s not busy. Time for an etiquette lesson.

On the walking path
The Calhoun walking path is 4 people wide. Since the path is 2-way, it’s not difficult math to determine that a pair walking side by side in one direction can comfortably meet and pass a pair walking or running in the opposite direction without anyone having to move to avoid a collision.

This simple truth eludes those who walk 3 or 4 abreast. It devolves into a game of chicken. I try to hold my ground in the hope that the 3rd and 4th person will do the right thing and yield. Perhaps half the time they do, and just as often they don’t. Not wanting to body check my way around the lake like a hockey enforcer, I yield. 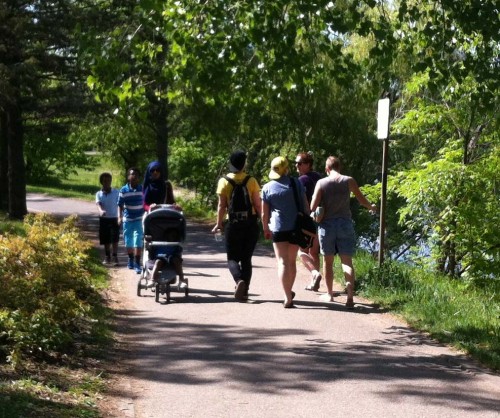 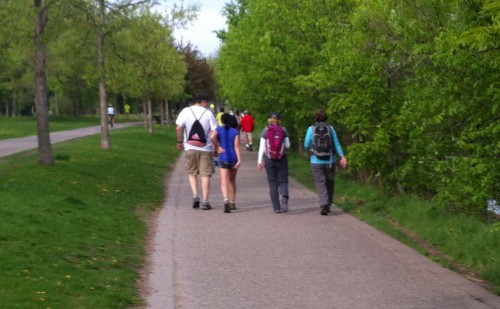 Hogging the path seems to be half selfishness and half cluelessness. Charity event walkers in herds are particular offenders. In a state of moral smugness for supporting a cause, they seem to feel they have rented the entire path. One yearns for their tax exemption to be revoked.

At the lake you tend to run into people you know. When this happens and you decide to stop and chat, please get the hell off the path. 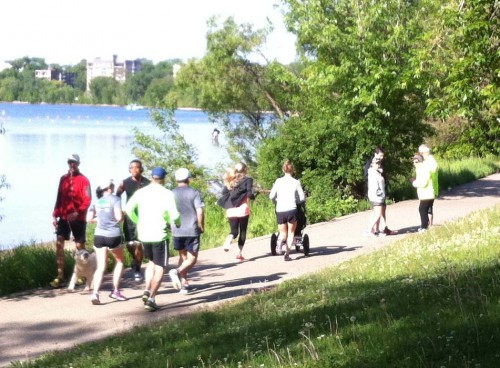 The foursome at right stood in the path and chatted for 10 minutes. 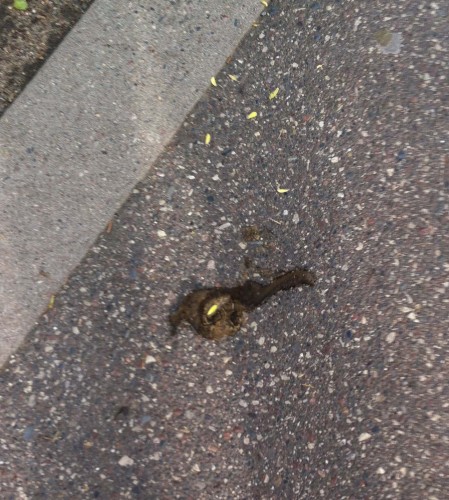 Clean up after your dog.

Runners
Most Calhoun runners are singles or pairs who accept that they must weave around walkers, and they do. That’s good behavior. Many take to the adjacent dirt cowpaths, also a commendable strategy.

But oh, the running groups. Here the game of chicken escalates. As they bear down on you 3 or 4 abreast, they have velocity and usually youth on their side, and will knock you on your ass if you fail to yield. And they usually fail to yield. In my experience they are the worst of the bad actors. I long to deploy the invisible wall or tripping device. 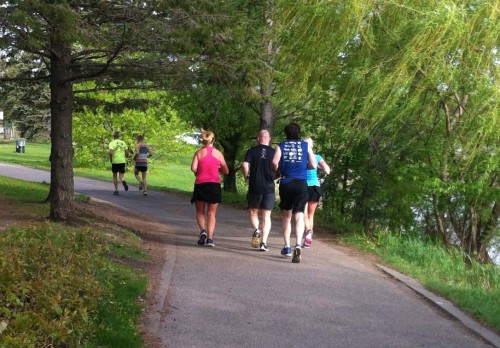 On the bike path
Biking around Calhoun on a busy day is dangerous and requires alertness at all times. Where to begin? For starters, anyone riding 2 abreast takes up most of the path. You can get by the slow ones if they don’t swerve or wobble, which many of them do. A rollerblader in full arm-swinging speed skater mode is as wide as two bicycles but still slower than a bike and therefore challenging to pass. Pairs of inexperienced rollerbladers lurching uncertainly always seem to lurch next to each other, not in single file as they should. In the absence of signs that say “Keep Right” and “Single File Only”, the biker is left with no option but to yell “On your left!” and hope the offenders aren’t wearing headphones.

The problem is made more acute by the wide variety of people on wheels going very different speeds. There is no solution to this. If you’re on a bike, on rollerblades, or roller skis or in a wheelchair you have every right to be on the bike path. We certainly don’t want you on the walking path (except the wheelchair). However, that means the Tour de France types in aerodynamic helmets who are busy exceeding the posted 10 mph speed limit must try not to kill 3-year olds with training wheels. 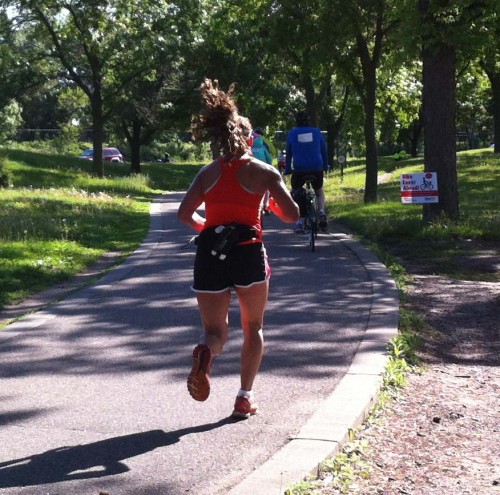 Running on the bike path, in the middle of a bike event.

Perhaps my tone identifies me as a cranky old person. Guilty as charged. However, this has been therapeutic and I can’t wait to read the comments.