The Green Line extension is being planned to improve transportation options throughout the Southwest Corridor. That much should be self-evident. In the name of equity, “BUT NORTH MINNEAPOLIS!!” has become a battle cry of sorts for those on both sides of the never ending/never will end debate. Let’s make the most of what the Green Line extension, particularly development along the line.

Those who favor the Green Line claim it will be a panacea for Minneapolis’ most isolated and impoverished neighborhoods. Sadly, the improvement won’t end the geographic and economic isolation of the north side. However, cutting a two hour/three transfer commute down to a one hour/one or two transfer commute will make life at least a little easier for folks who could really use a break.

Meanwhile, some of those opposed to the current alignment of the line (notably not the fine readers of streets.mn, but certainly those who spray paint bike trails and plot revolution on neighborhood social media sites) argue the line should not be built because it does not go through north Minneapolis. They of course ignore the Blue Line extension, which happens to be imperfectly planned but is in the general vicinity of North Minneapolis, and could greatly improve access to jobs and transit. Instead they are seemingly advocating for a spiraling transit route that starts downtown, ends in Eden Prairie, and passes through the North Minneapolis and the Phillips neighborhood on the way there. Let’s call it the Aquamarine Line.

The “BUT EQUITY!!!” vs. NIMBY arguments ignore the most important question: How can the Green Line improve as many lives as possible? The answer is through transit-oriented development on the north Minneapolis side of the Kenilworth corridor, if constructed carefully and intentionally. The Green Line isn’t going anywhere, so we better make the most of it.

The geographic isolation of the north side might not be its biggest problem, and it isn’t the root of all the problems, but it does make solving the myriad problems more difficult. The Mississippi River, Interstate 94, and Theodore Wirth Park all act as dams blocking the flow of development. There is great potential on the southern end of north Minneapolis, which is presently both a dumping ground for construction refuse and cars (the impound lot). The light rail line could unite two parts of a city where there is now a freight rail line and underutilized land that divides.

Since at least 2000 there have been plans for transit-oriented development in the area bounded by 394, Bryn Mawr Meadows Park and Interstate 94, all focused on what will be the Van White Green Line stop, minutes by train to both downtown Minneapolis and the southwest suburbs. The Bassett Creek Valley Master Plan, as approved by the Minneapolis City Council in 2007, calls for utilizing 230 acres of land on the edge of downtown with three thousand housing units and 2.5 million square feet of commercial space. That much development would theoretically increase the real estate value of the land from $50 million dollars to $1 billion dollars, according to city estimates at the time. However, without the train, none of this is possible. There simply isn’t enough space for the new homes and businesses along with the roads and parking that would be needed without the train. Thanks to to recent parking reforms, wasting that space with unneeded parking spaces won’t be required either.

The new Bassett Creek neighborhood would become one of the few non-Downtown neighborhoods in the metro area where carfree living is not only feasible but actually practical. The plan includes a walkable commercial corridor from Bryn Mawr to north Minneapolis where driving wouldn’t be necessary. Besides the obvious destinations along the light rail network (both downtowns, the airport, the U of M, etc.), three stops west at West Lake, there’s Whole Foods and Walgreen’s, among other amenities, and another two stops west there’s a Lunds and Byerly’s, a Target, and Park Nicollet Hospital. Downtown Hopkins, and its amenity-filled and thoroughly walkable downtown, is only two more stops away.

The Cedar Lake and Luce Line trails would make this one of the most bikeable neighborhoods in the city, and families would likely be drawn to the area too, because, Bryn Mawr Elementary School, Anwatin Middle School, and the Heritage Park YMCA are all within walking distance. All of this in an area bounded by parks on all sides. Inertia is 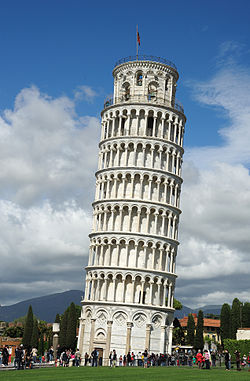 a hell of a drug.

It was inertia that led to Green Line extension staying in Kenilworth, and it is inertia (along with the inevitable battle of the “Minneapolis Impound Lot and Concrete Crushing Historic District”) that could keep the Bassett Creek Valley from reaching its full potential. Billion dollar transit lines, unlike temporary billion dollar stadiums, can be truly transformative. Instead of continuing to focus on sunk costs (like tunnels under bike trails) it is time to shift the conversation to making the most out of the light rail line where it will be, instead of wishing it was somewhere else. Prodding elected officials to implement the Bassett Creek Valley Master Plan, and linking North Minneapolis to the Green Line and the rest of Minneapolis, is a good place to start. History has shown that even flawed plans can have their benefits and bad design doesn’t have to be destiny. The Green Line extension is coming, and it would be a tragedy if we wasted this opportunity.