In honor of Saint Paul’s “pedestrian safety week,” here’s a map showing all the (reported) “pedestrian crashes” in the city for the past 10 years. This is from the city’s just released “pedestrian assessment report“: 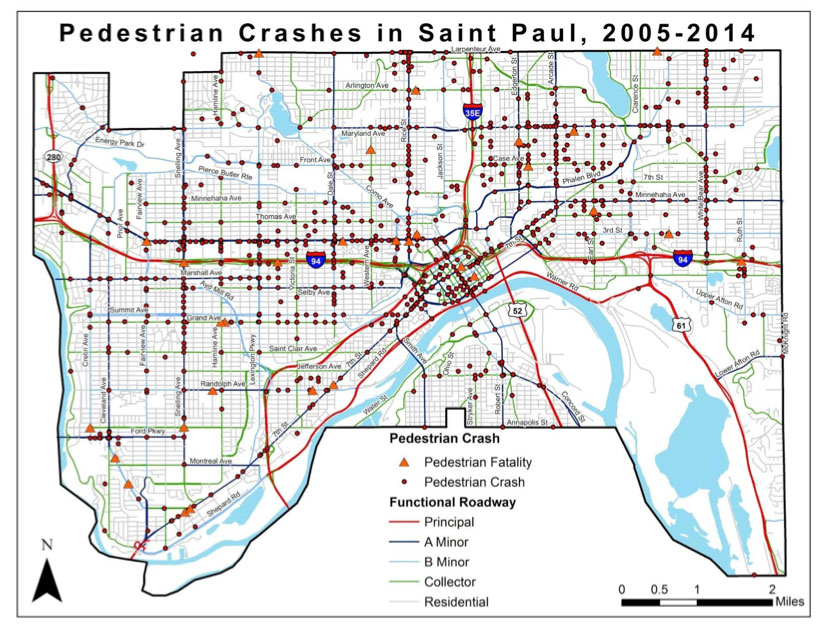 Here’s what the report says about this map:

Pedestrian crashes is a strange term. Really it means when a car crashes into someone walking around. 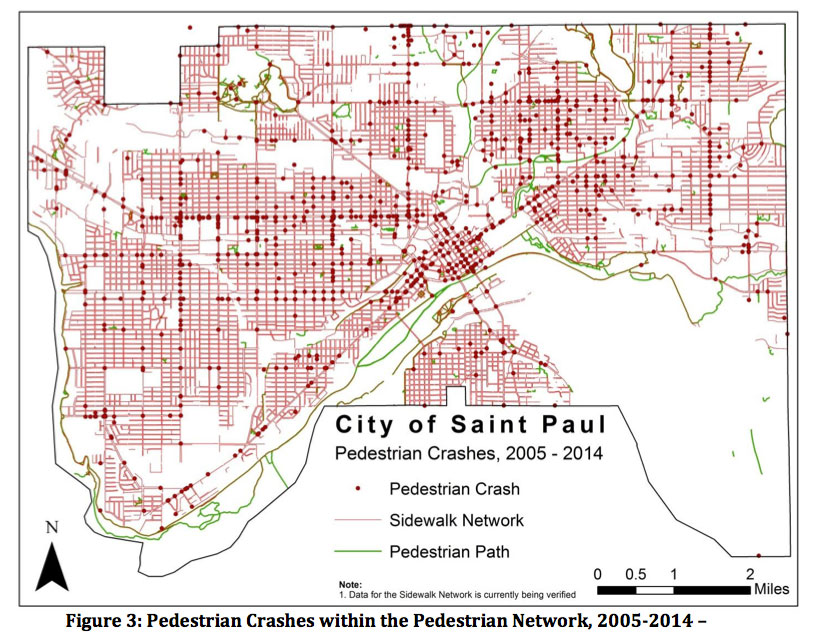 Bonus map: not sure what the difference is, except road type isn’t shown.